Here's the best advice we discovered for starting a subscription box business:

We chatted with with David, founder of Mouse Book Club ($10K/month). In our interview, David says:

Within an hour of coming up with the idea, I had got off the bus, ran to my office, and made a prototype.

Nothing makes me feel more alive that working on something I find interesting, important and is highly relevant to the contemporary conversation. 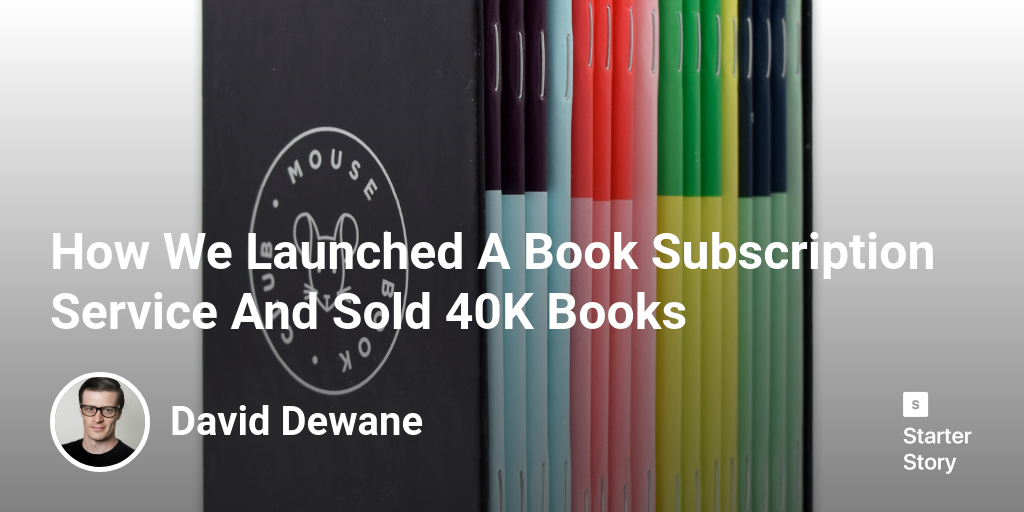 We chatted with with Nelli, founder of Bundleboon ($35K/month). In our interview, Nelli says:

Don’t quit your day job before you have validated your concept. Run it as a side hustle, until you have enough knowledge, customers and resources to go all-in. You don’t have to have a lot of money in the bank when starting off.

Being an entrepreneur is not for sensitive souls. You need to have some tough skin and be prepared for a lot of turbulence. Running a startup is a very lonely journey and requires a lot of time and sacrifices. 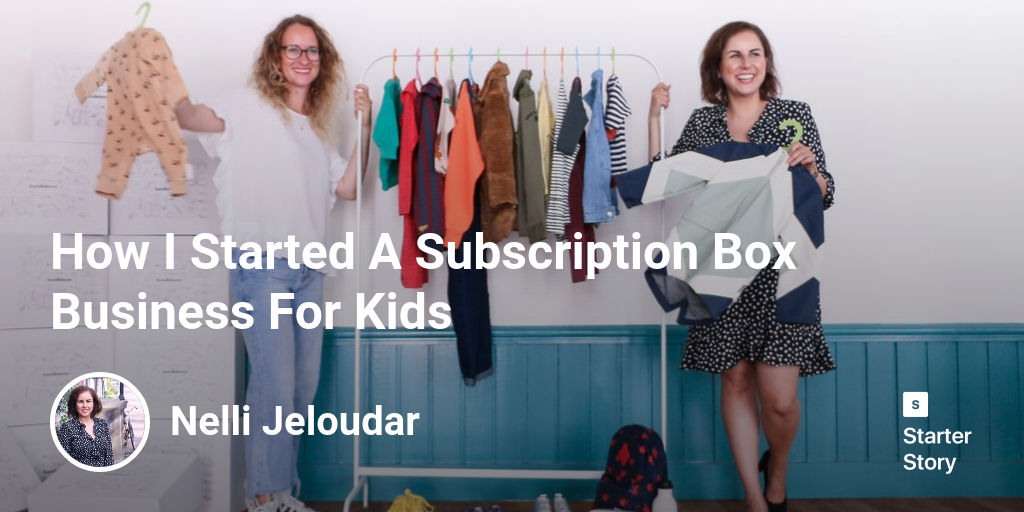 We chatted with with Michael, founder of Southern Cigar Co ($20K/month). In our interview, Michael says:

There are people less qualified than you, doing things you want to do, simply because they decided to believe in themselves.

Don’t follow others. Just because <insert newest millionaire overnight business> is the hot new thing and “everyone” is making money doesn’t mean you will. 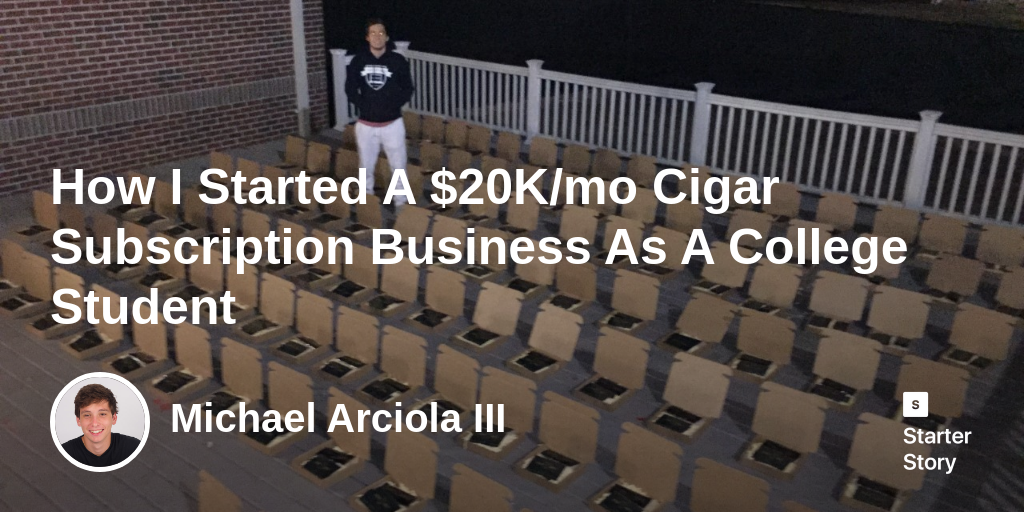 We chatted with with Lindsay, founder of Vowed Box Co. ($400/month). In our interview, Lindsay says:

Honestly, my goal was to sell just one box the first week that the website went live, but I ended up selling five! 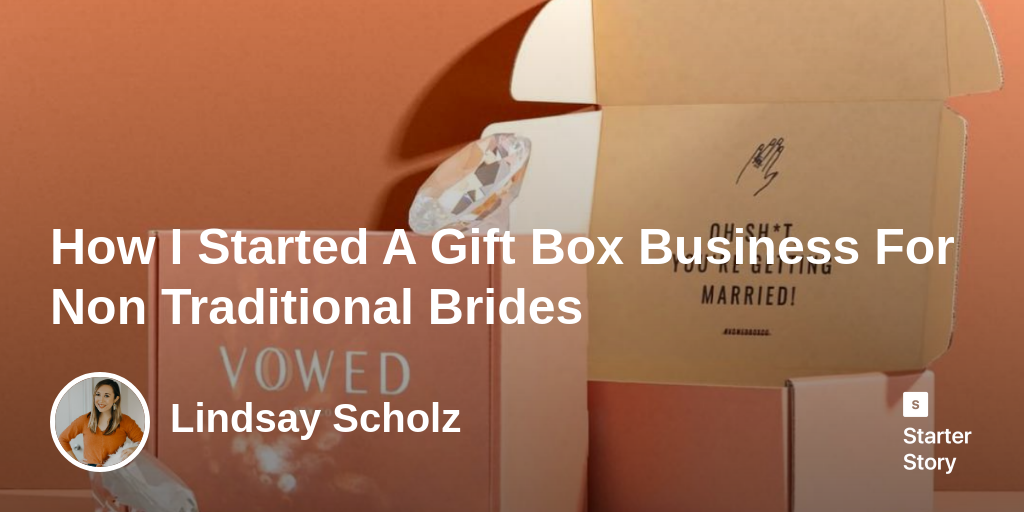 We chatted with with Nicholas, founder of EatTiamo ($10K/month). In our interview, Nicholas says:

Never underestimate the importance of making surveys before starting the business. I see many entrepreneurs that decide to skip this important step thinking that by doing this they will save time and invest it in more “fruitful” operations. 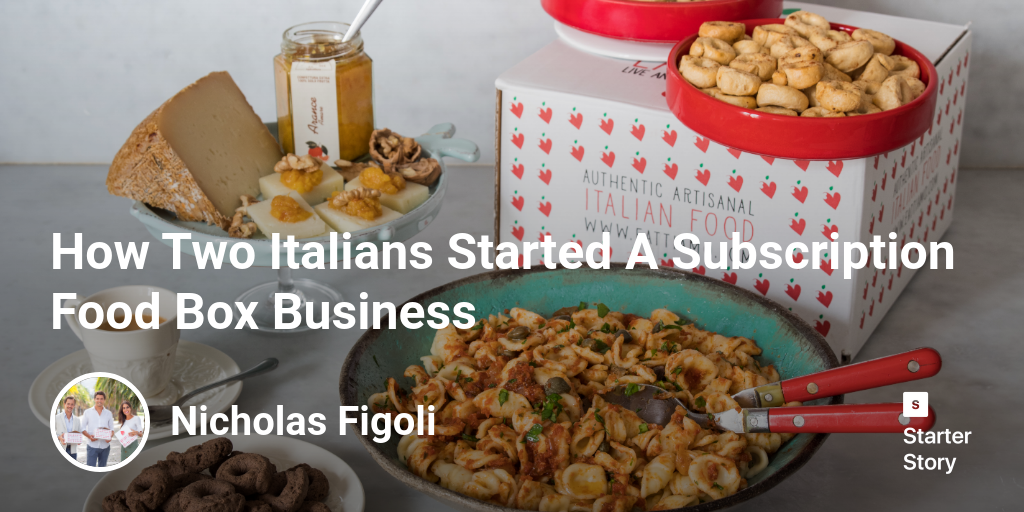 We chatted with with Charles, founder of Bambox ($60K/month). In our interview, Charles says:

We all left our day jobs and we bootstrapped Bambox from our living room in our shared flat. Until today, we couldn't be more thankful to our roommates for letting us pile stacks of diapers in the house for at least a year!

“Cheap is expensive”. We learned it the hard way, hiring a cheap designer to build our first landing page - it was a total failure.

You shouldn’t be doing everything because you can’t be the best at everything. And even if you are, you probably don’t have time for it anyway. 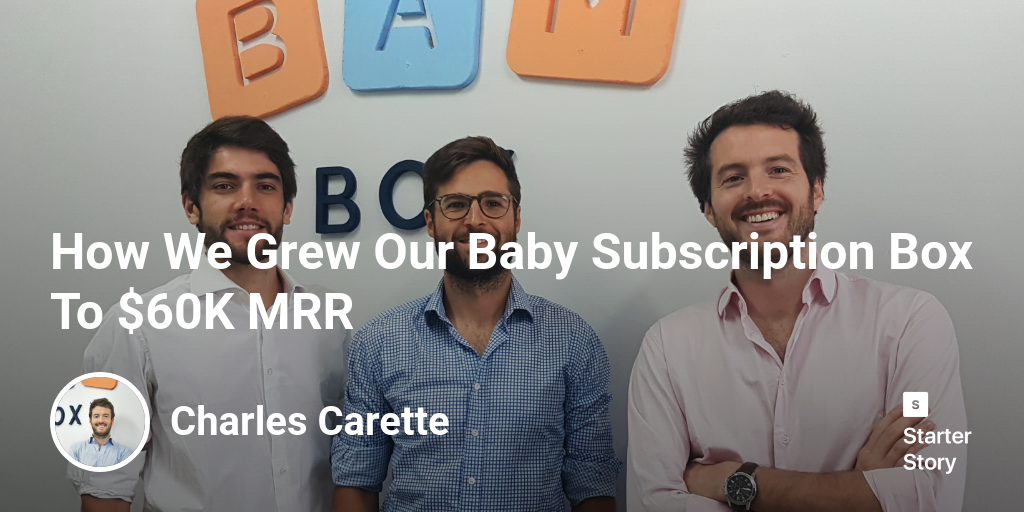 We chatted with with Bemmu, founder of Candy Japan ($6.5K/month). In our interview, Bemmu says: 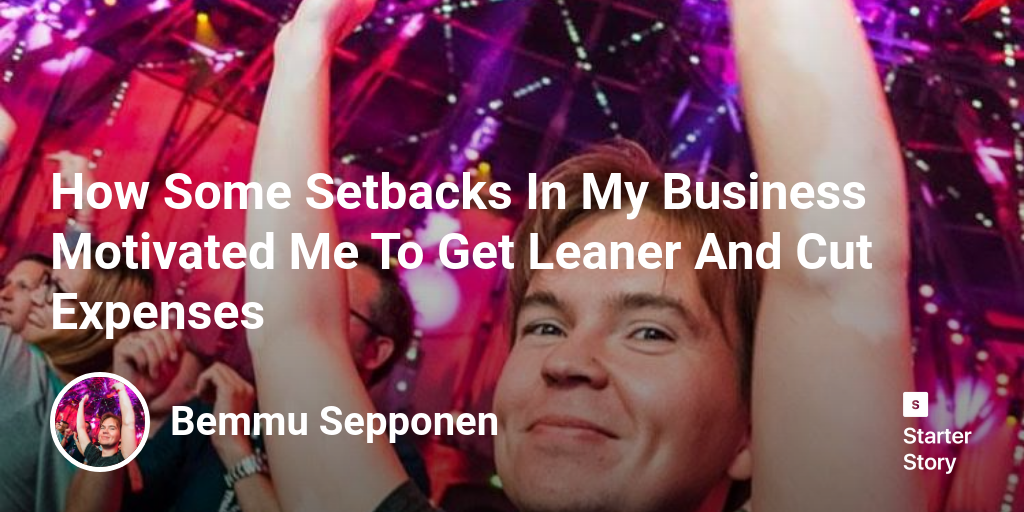 We chatted with with Michael, founder of Cannabox ($350K/month). In our interview, Michael says:

I’d say 90% of people just want the money. I can’t blame them, but it’s much more than that. 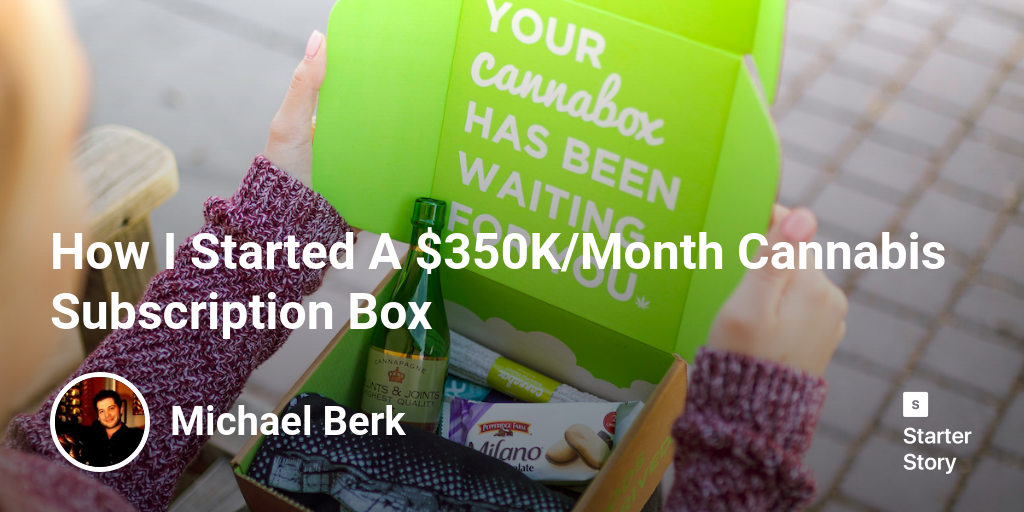 We chatted with with Adam, founder of Urban Tastebud ($51K/month). In our interview, Adam says:

Urban Tastebud thrives on listicles. After seeing the success in the mid-2010s of Buzzfeed list articles, I decided to write all my content similarly.

It takes time to grow a blog and as long as you’re dedicated and passionate about what you write about, you should have zero issues making great readable and shareable content. 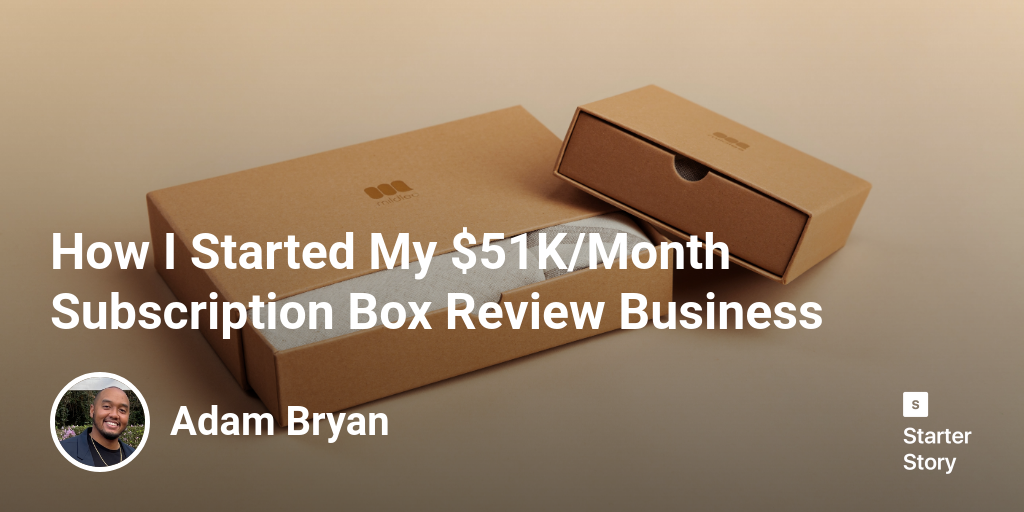 We chatted with with Nelli, founder of Bundleboon ($35K/month). In our interview, Nelli says:

Step back and reflect on what went wrong and look for ways to improve. 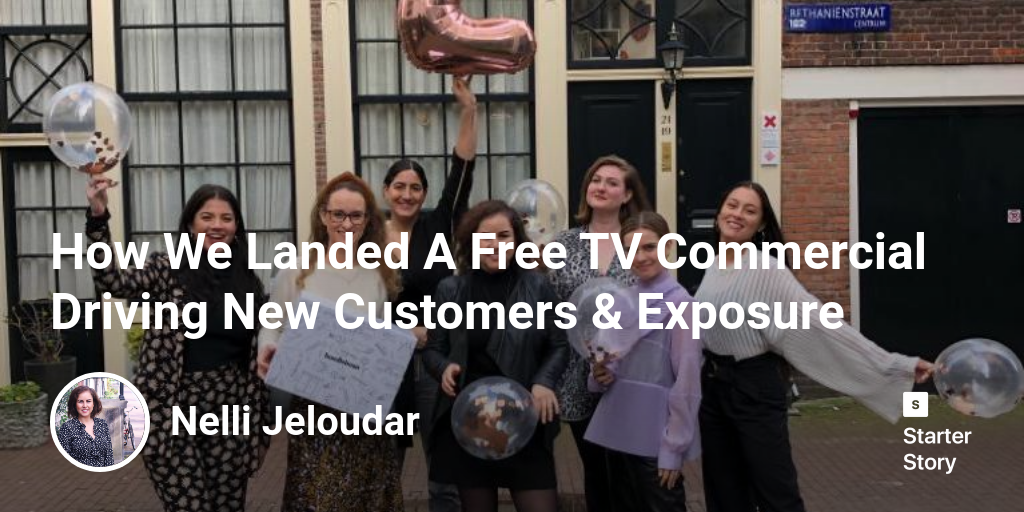 We chatted with with Drew, founder of PenaltyBox Sports ($400K/month). In our interview, Drew says:

The biggest difference between those who make it and those who don’t is GRIT and discipline. Do the little things every day and like drops in a bucket, you will make progress towards your goals.

As entrepreneurs, we tend to think we can do everything and as such take on too much responsibility. While necessary at some stages, you are much better off bringing on a team that fills your voids, trust me! 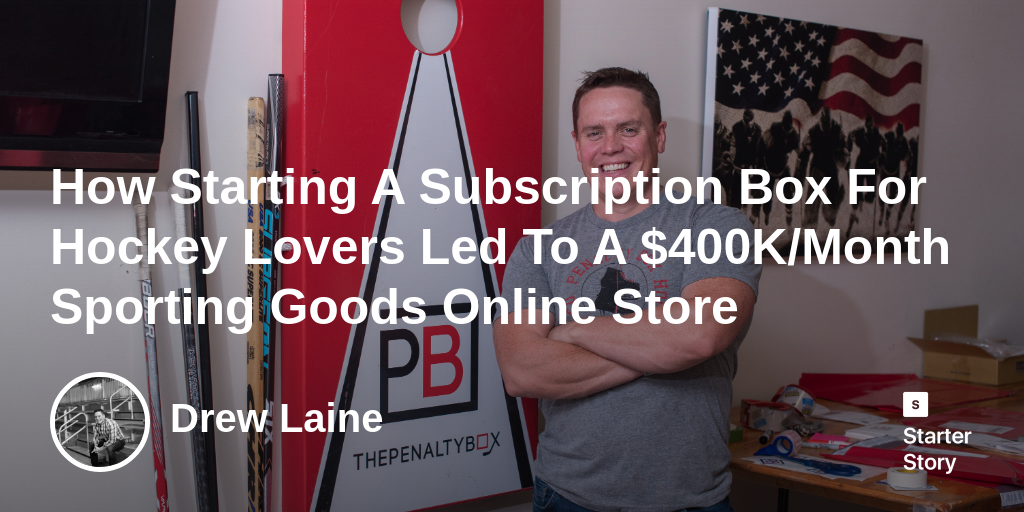 Free Want 52 business ideas you can start with less than $1,000?
To find your next idea, join Starter Story Premium!
Premium
Full access to case studies, filters, and business ideas database
$6.20 $3.44/week
Billed annually
Unlimited access
Unlock 2,573+ case studies
Find your next idea - 6,813 business ideas
Unlock 200+ growth playbooks
Filter, search & sort full database
Premium Plus
All access pass: All courses & guides to start your business
$12.82 $6.33/week
Billed annually
Everything in Premium
$50K+ in deals on tools
Access to hundreds of successful founders
1 on 1 mentorship for your business
Get the Lean SEO course
Questions? Check out our FAQ. Already a member? Sign in