Andrew and Phillip Pevzner is an American entrepreneur. Andrew started LacedUp in 2016 and is based in Albany.[1] 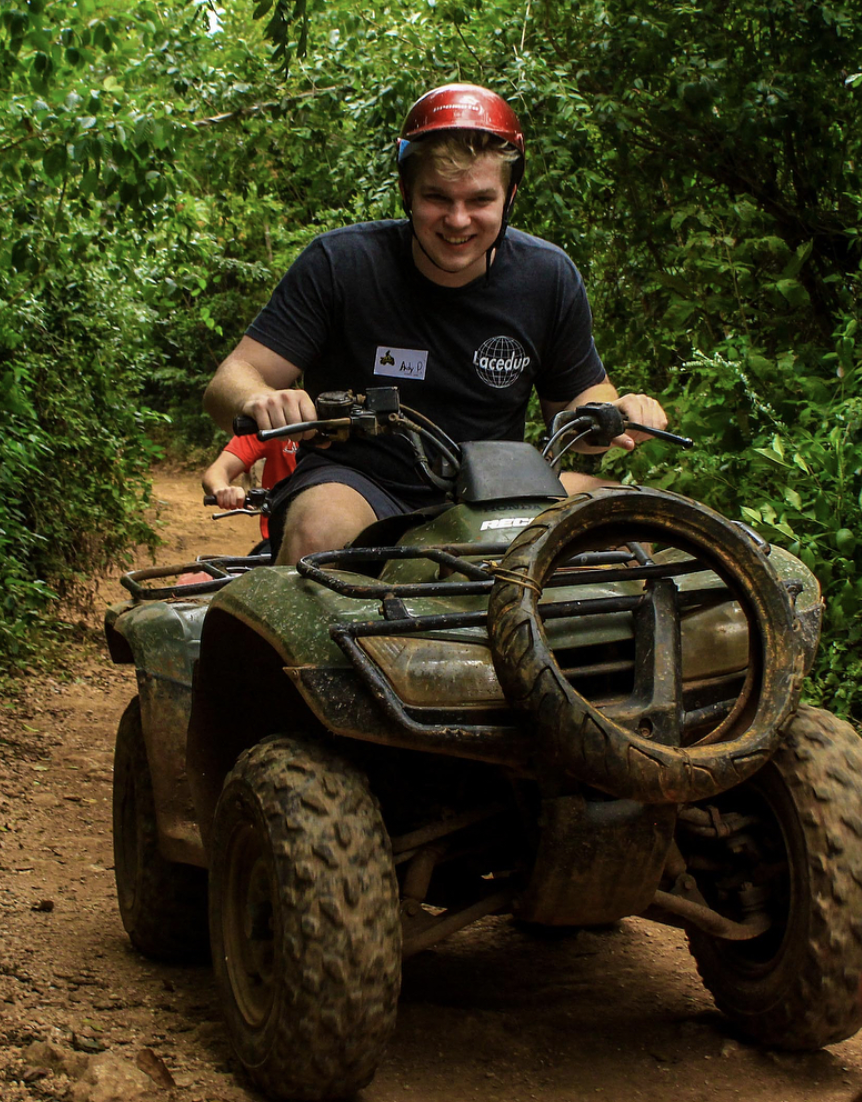 Andrew started LacedUp in 2016. They detail the beginnings of their company in their Starter Story interview: [1]

Q: How did you get started on LacedUp?

I am 23 years old and my brother Phillip is currently 24. Business and entrepreneurship have always been big passions for us. Laced Up was founded about 3.5 years ago, but there were 4 businesses before it, starting with a lawn care venture at age 10, that rolled into one another, leading us to this point. Our parents were immigrants from Belarus, and we grew up poor in New York. They always encouraged an entrepreneurial spirit in us, and as we grew up they started multiple businesses of their own.

Early on, we would hire our friends and anyone that was willing to work. To this day, not a single one of our original staff is still with us. Hiring the wrong people for the job will make your life miserable.

Our first business was a lawn care service we did in elementary school. We would go around and offer to mow neighbors lawns for some money. When middle school came around and Phil was about to get his driver’s license, we started a new venture based on Phil’s love of everything automotive, called Motorhead Parts. We would buy crashed motorcycles, ATVs, and dirt bikes on craigslist and part them out on eBay. This was our first taste of the opportunities of selling online. That business continued through high school, but it was not an easy business to run. Having to take apart and clean greasy mud-covered parts really helped to give some perspective for years to come. We finally ended the business in 2013, but soon after started up a new one in 2014, right after we both graduated from high school.

Our third business was simply buying discount shoes from outlet malls, and selling them for a markup on Amazon. We would drive all over the northeast, looking for good deals on shoes from Nike and Adidas outlets, and flipping them online. This business was important for our growth because it showed us the power of online sales, and was our first introduction to the world of sneakers. There were a lot of highs and lows, a big one being having our Amazon Account, and effectively our entire operation, get shut down out of nowhere on the very day that I started college. (That was NOT a fun orientation week) Despite the setbacks, we got our account back up and running, but this really put a fire under us. We were extremely worried about the lack of stability, and having some other factors, like Amazon, have the power to shut us down any day. We cautiously continued with our business but knew we wanted to start something that allowed us to control our own destiny, and not be worried about getting closed by anyone.

Our fourth business was born out of this fear and drive, and our younger brother Tim had the idea to import an electronic fad at the time, hoverboards, and sell them in a retail store. Despite our parents’ massive concerns at this venture, and many people telling us retail was a dying and horrible business to get into, we decide to open Flowboard in November of 2015. We were both in college at the time, and I would drive 3 hours each way home from my college in Boston on weekends to help build and run the store. Phil did a lot of the heavy lifting, I drove back when I could, and Flowboard became more or less of a success! We had a great holiday season, but we knew that this was a fad and would not last. While open, we needed to fill shelf space in the store, (a 900 Square Foot space in our local mall) so our younger brother Tim put some of his personal collectible shoes in to help us out. Phil and I knew almost nothing about the resale shoe market, and the collectibility of sneakers like Air Jordans, and those few pairs in our store lighted the fire that would grow to become Laced Up. 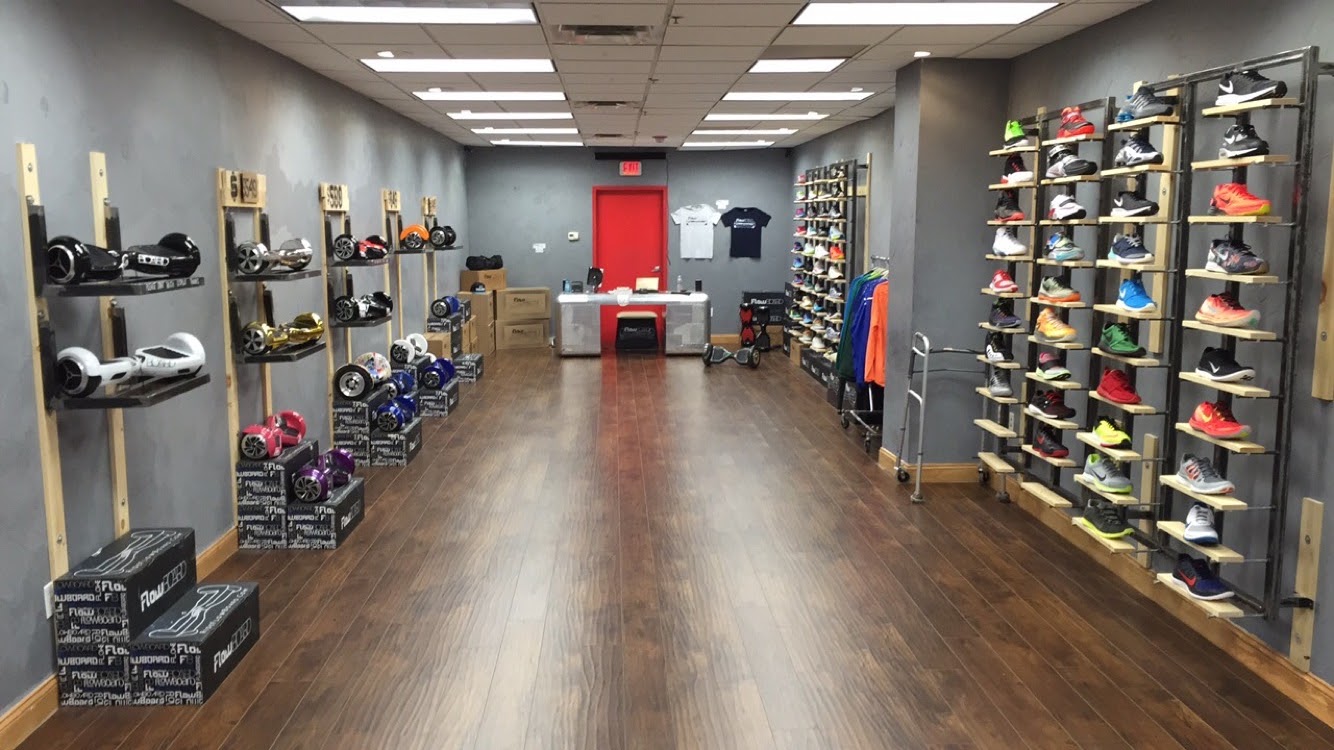 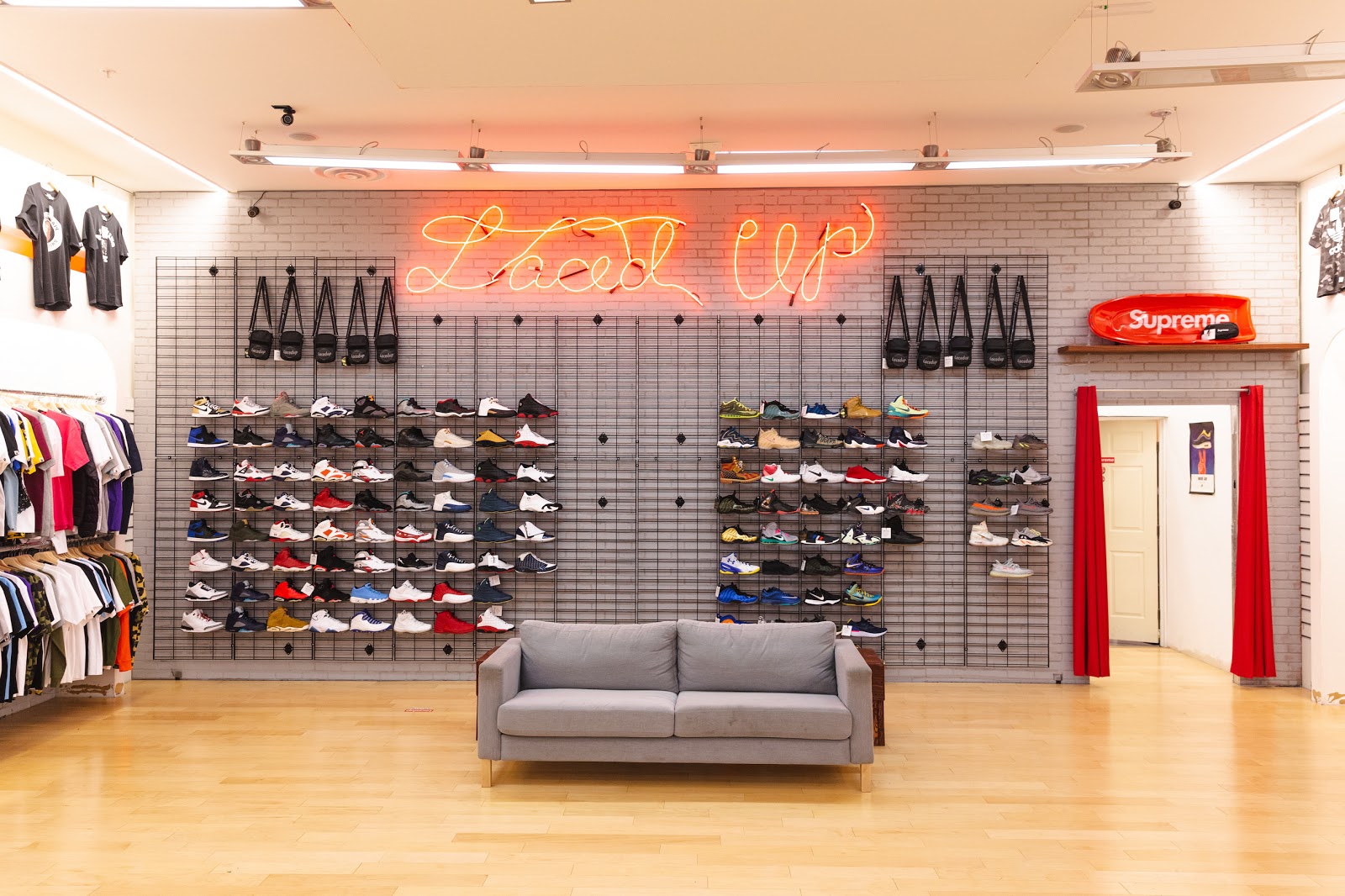 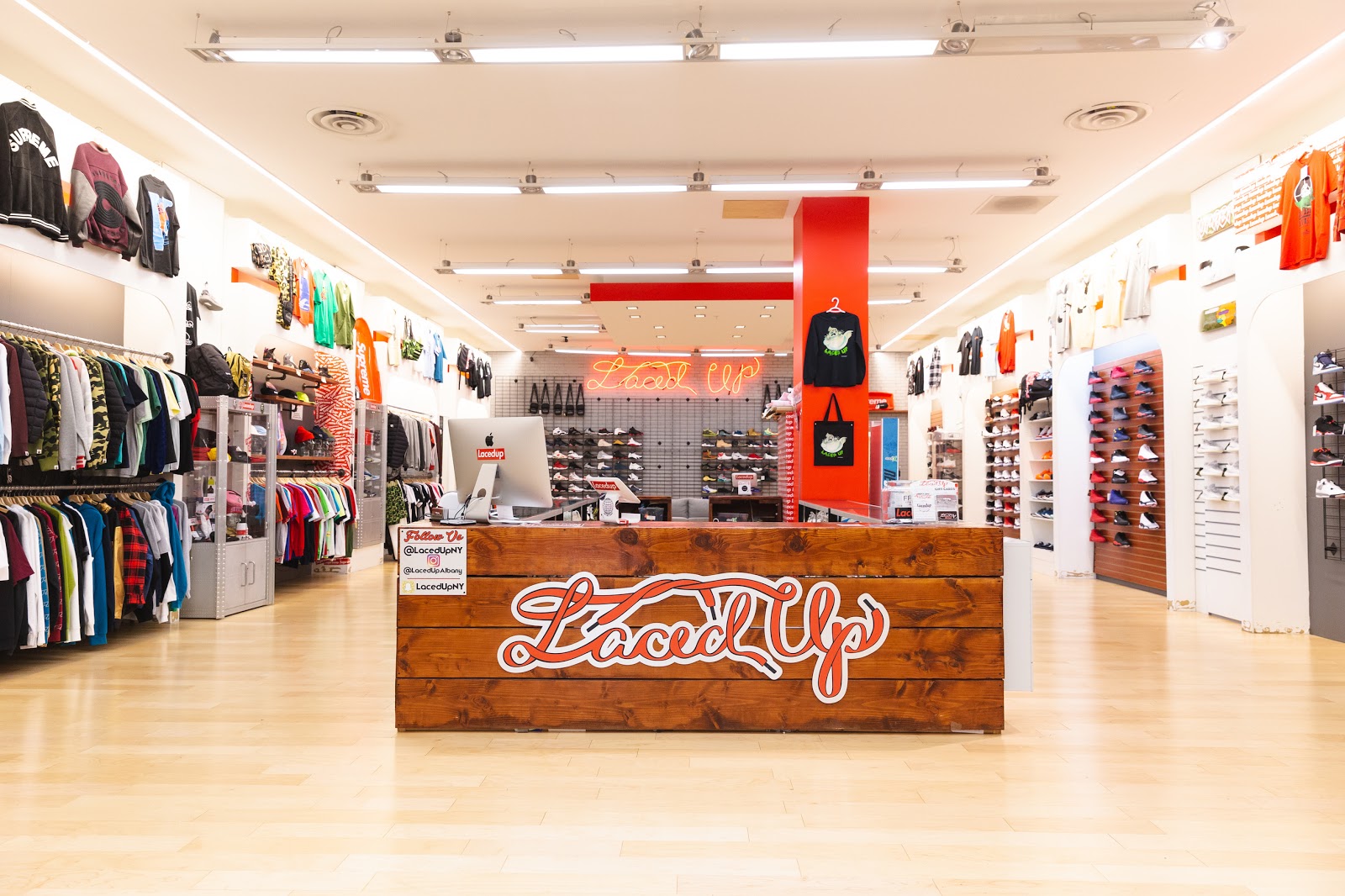 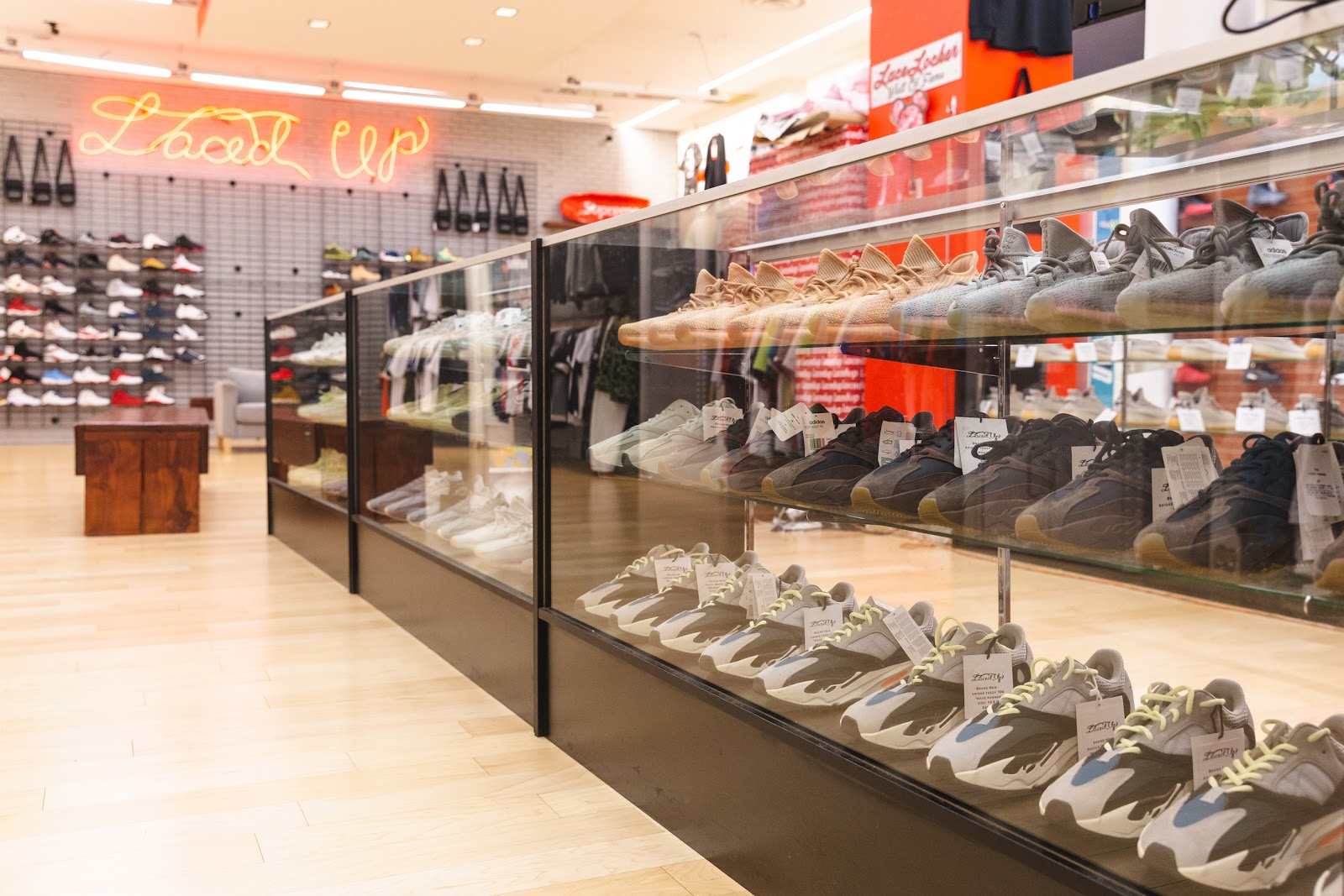