Zapier
Discover what books Bosco reccommends to grow your business!

Company of One: Why Staying Small Is the Next Big Thing f... Paul Jarvis
Start An Online Coworking Platform

Hi guys! My name is Bosco Soler and I'm the founder and only FTE employee of SinOficina: the first online coworking for the Spanish speaking community of freelancers and entrepreneurs.

What it started as a need to solve my own isolation as a freelance a year and a half ago, became a subscription model business that is now my main source of income making $3K/mo without spending a dollar (or euro) on paid advertisement. 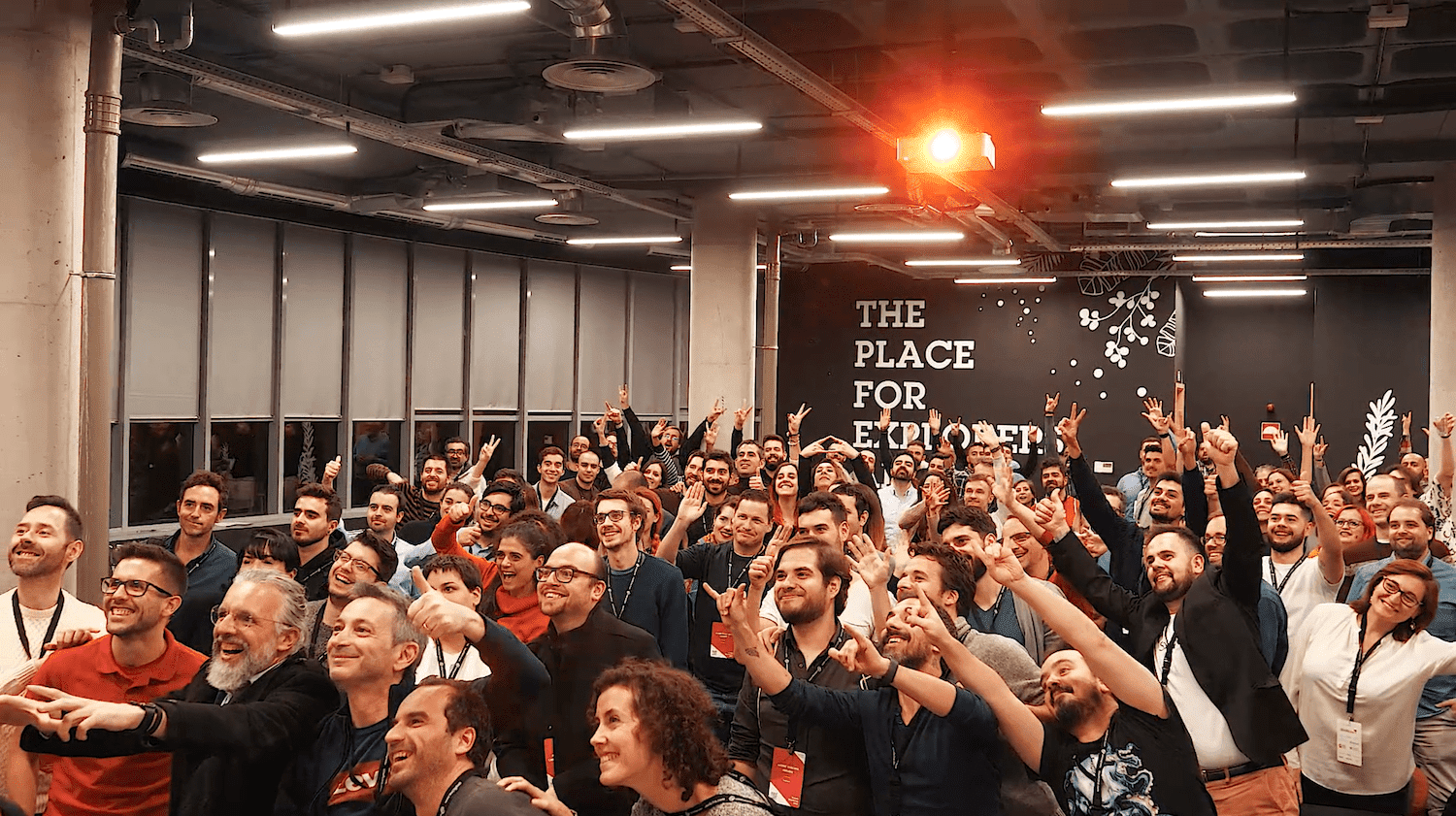 I'm an architect turned digital designer just to have the freedom to work and live from any place I want. It wasn't an easy decision, but thanks to that now I've lived and traveled to +40 countries so far.

When I lived in Madrid I enjoyed going to work in a coworking space. The people, the events, the feeling... Then I moved to a smaller city and found myself isolated from other entrepreneurs. I tried to find coworking spaces around but none of them were enhancing the community relationships or were in convenient locations.

So I thought: why not have the same collaborative philosophy than a physical coworking has but... online? Then, SinOficina and the idea of an online coworking was born.

There was a need. I tried joining several free communities for freelancers and entrepreneurs on Facebook and Telegram but it didn’t work. There was too much noise, too many spammy comments. So I thought people would be willing to pay a fee ($20/mo) for a community that worked and provided true value.

I had an audience of 800 subscribers to my personal blog where I write about what I learn on my travels and entrepreneurial journey. Also, I had a few extra bucks saved so I could focus 100% on the project for the next months. In just one year it grew organically from 1 to +350 paying members.

After having some interviews with fellow entrepreneurs to understand if they also had the need to connect with other professionals in a valuable way, I decided to go for it. I did surveys also, but interviewing was critical to get to know your clients well enough and key in all the decision making that would come after.

I thought about using Slack for the community, and since I already knew web development on WordPress, that CMS was what I used to build the site. WordPress has a great balance between ease of use and power since you can use plugins to add almost any functionality. 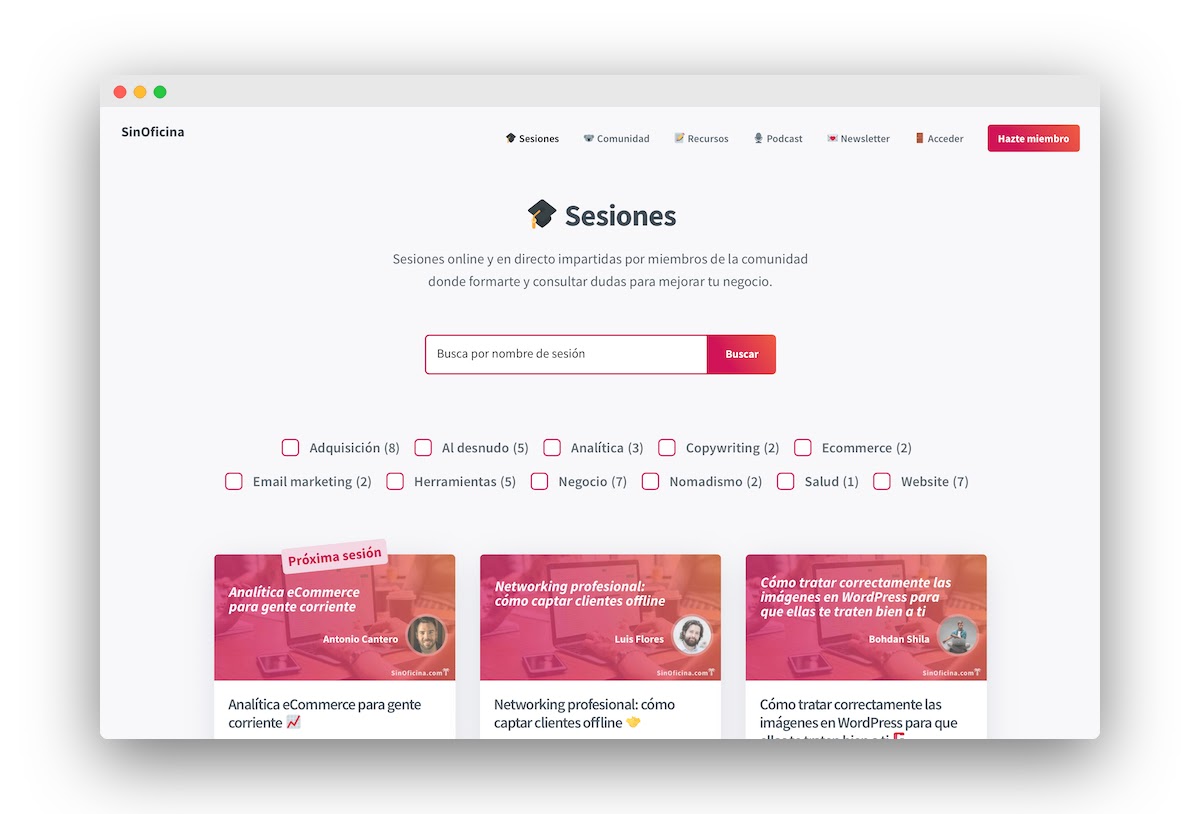 I enjoyed that part because I was into web design, but I now regret spending too much time on it before launching it to paying customers and validate the idea. What if there was no interest? Now I ship much faster.

There was no content or community yet. Just the site as an empty shell waiting to be filled. But I'd had earned the trust of my audience writing insightful posts with radical honesty for a while. Through the next 7 days, I offered a generous discount for the yearly and lifetime plans so people would stay enough time to see it grow.

+250 people registered for the webinar and 28 trusted me and the vision of SinOficina that I share with them enough to pay for it.

Word of mouth. That has been the main growth channel. Having something you weren't expecting to work that well in a pain —emotional and professional isolation— you didn't realize having until is solved.

Also, word of mouth was a great way to filter toxic people, since your community is the one that makes it grow, they chose only to tell people that will be adding value to it, not subtracting it.

I too participated in a lot of events (offline and online) to get more people to know SinOficina and published a weekly newsletter. I even did a bit of guerrilla marketing when I “decorated” the bathrooms of a +1500 attendees event with flyers that said: «Don't let anyone tell you when to take a piss» in reference to fire your controlling boss, become freelance/entrepreneur and join SinOficina. 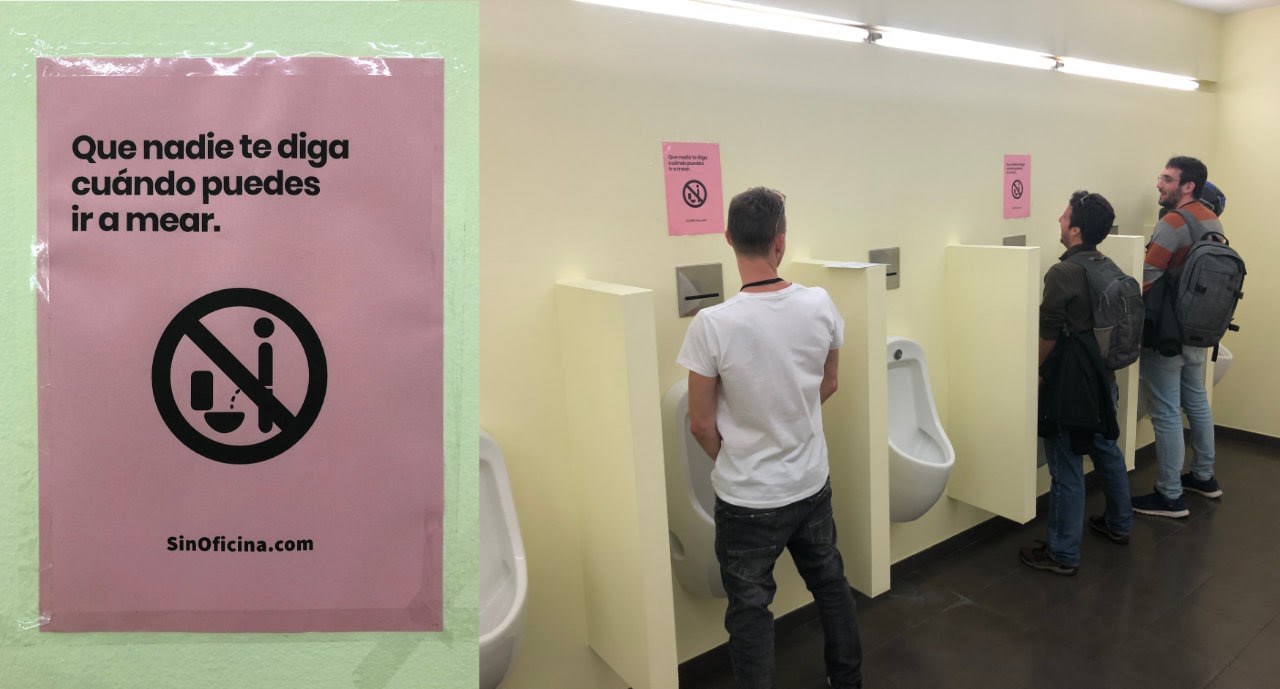 Plus, last December I decided to organize an offline event where 150 freelance and entrepreneurs joined from all around Spain to learn from remote work experts and connect “in real life”.

Retention has never been a problem. Having less than 3% of churn, it was all about being there: listening, helping, solving. That's the advantage we, as solopreneurs, have against big companies. We truly connect with our clients. And some of them will continue paying just to keep supporting your work and because they believe in your project.

I crossed the €50K in total revenue milestone a few days ago. That alone doesn't say much, but the MRR has been growing steadily from day 1, reaching $3K/mo last month.

Of course, there's a lot to subtract from there: taxes, software, and paying the masterclasses and collaborators. I recently delegated some of my most-consuming tasks like managing the live sessions and the website to focus on testing new acquisition channels.

The future looks promising. We keep improving the platform adding new ways to help the members to learn, create, and promote their projects. And we still have a lot of ideas to build!

Do things. Try things. Learn by doing. Do courses only if they are related to what you are doing in your business in that current time. Then apply that knowledge while learning it. Don't expect everything to work the first time or have everything worked out before starting.

Nothing that I can think about right now, but I'm always open to suggestions, collaborations, and new ideas.

And you can learn more about SinOficina on its website and blog.

4,315 Founders
...show you exactly how they built a business to thousands of customers.

That’s why we built Starter Story - the only place where 4,315 founders of successful businesses share with you their exact timeline of building their business to thousands of customers.

Ian
$1.2M/YEAR
The community of DOERS

Industries, markets, and trends - you’ll get access to the world’s biggest, living, breathing database of 8,531 business ideas, side projects, and products to sell.

Based on data points from our 4,315 case studies, you'll find the 201 most effective ways that founders are growing their business right now.

At Starter Story, our goal is to help you make these decisions by giving you the information and answers you need - from 4,315 successful founders that already went through it firsthand.

Join 106,204 starters building the business of their dreams.
Free

To read this exclusive story, join Starter Story Premium!
Explore
Read thousands of case studies and get inspired.
$17/month
Billed annually
Unlock 4,315+ case studies
Filter & search database
Starter
Learn from founders and find your next idea.
$29/month
Billed annually
Everything in Explore
Find your next idea - 8,540 business ideas
Unlock 200+ growth playbooks
$50K+ in deals on tools
Founder
Join our community & build a profitable business in 5 weeks (next cohort starts Spring 2023).
$100/month
Billed annually
Everything in Starter
1 on 1 mentorship for your business
Secured spot in Campfire our 5-week accelerator ($750 value)
Get the Lean SEO course ($250 value)
Questions? Check out our FAQ. Already a member? Sign in