Salam aleykum, my name is Mammad. I have 10+ years of experience in the IT industry and currently, I am a full-time software engineer. My favorite tools are Python (for backend and automation), PHP/Javascript (web development), and Flutter (mobile development). I love them because they are easy to learn and once you have an idea you can quickly implement and realize it and focus mostly on the idea rather than the technology and implementation details. Being a software engineer, I like to automate things and apply technology in daily life whenever possible. 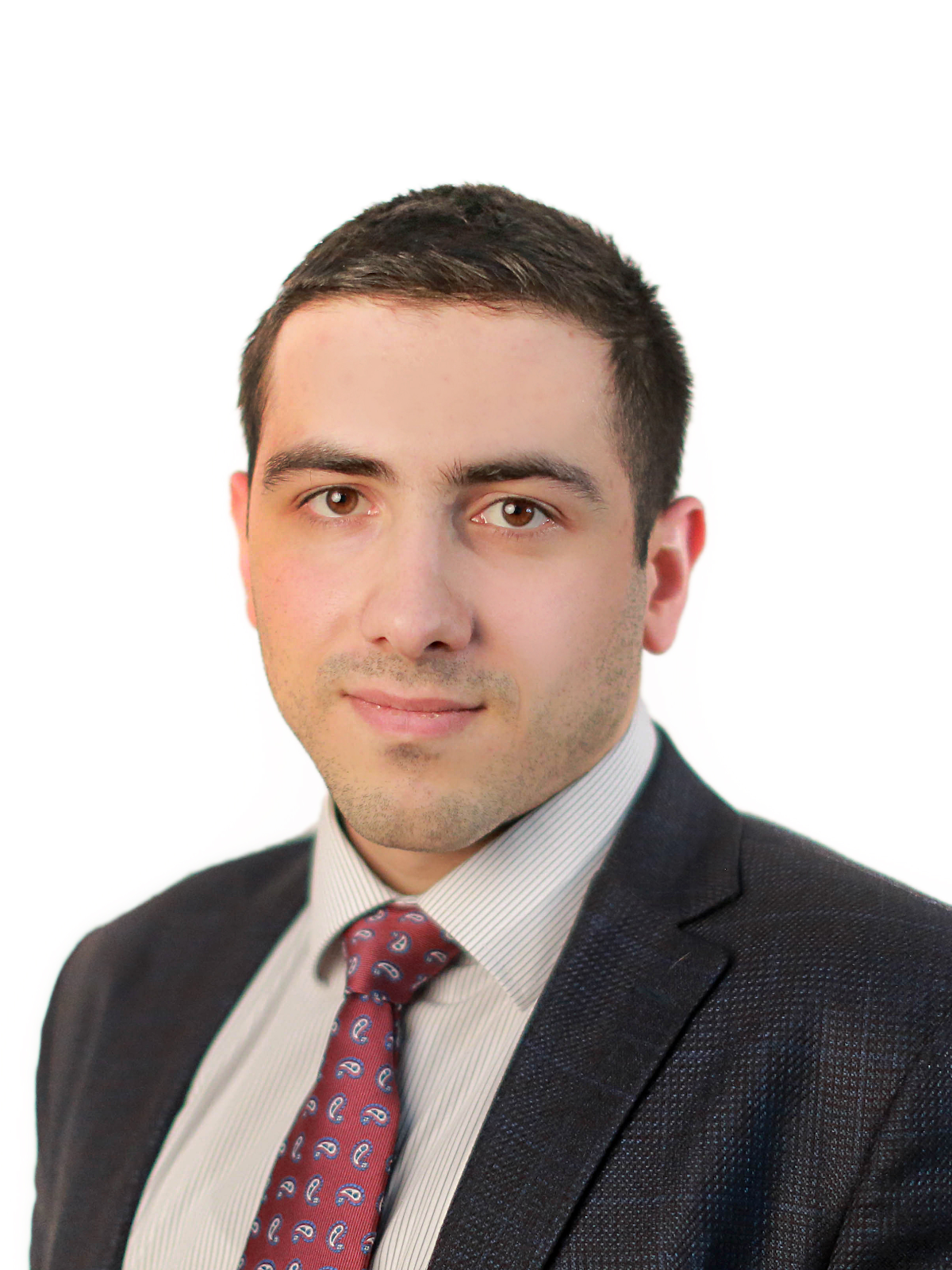 Sunnah Helper provides notifications for the following deeds out of the box:

Additionally, users may add (or remove existing ones) their own custom deeds (for example, morning & night duas/azkars). It is possible to assign different alarms and adhan sounds for the notifications.

One special and unique feature in Sunnah Helper is that it is possible to set the notifications relative to the prayer times: 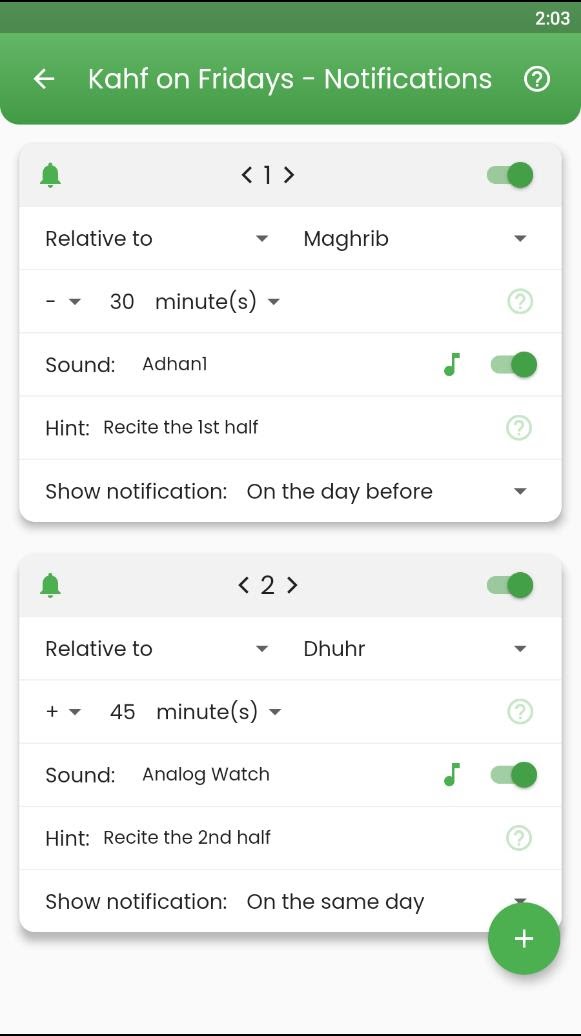 As a practicing Muslim, I do my best to fulfill the obligations imposed by my religion Islam like daily prayers, mandatory fasts, etc. But besides mandatory ones, there are voluntary deeds that are very beneficial practically, emotionally, and mentally, they bring a kind of tranquility inside and makes you a better person and more productive in work and life and bring you closer to Allah.

There are a lot of applications in the market that do notifications for obligatory prayers. But I could not find a tool where you could set up notifications for the voluntary deeds. And I know that there are millions of other Muslims around the globe that need this functionality. So I decided to make my own tool and I was very excited about that.

But having a full-time software engineering job, family, friends leave very little time for side projects. Finding out time for my project would definitely kick me out of my comfort zone. But I was very positive about this project. So I decided to do it and started the implementation in Ramadan (April-May 2020) and COVID-19 lockdown also played in my favor.

Staying at home gave me more time to spend on Sunnah Helper implementation. Within 3 months the first version of the app was ready both for Android and IOS devices. I released them to the production in August and received a lot of good feedback. I continue improving it and releasing new features.

When I started the project I already had the basic UI/UX blueprint in my head. Trying to keep it simple as much as possible the design would consist of 2 parts: Maintain the list of deeds that you want to get notified for and set notification times for them. Happily, Material design that is provided out of the box by Flutter allowed me to quickly draft and complete the main UI/UX parts that covered 90% of the functionality.

The next step of course was the branding and beautifying part. I needed some intro pages and a logo. After trying the different online resources for logo creation and intro design I could not find anything that met my requirements. So I decided to work with my Muslim designer friend who was happy to assist me with this project and make his contribution. He completed and handed me the logo and intro pages just in two weeks.

The arc in the bottom of the logo symbolizes the gates of a mosque while two vertical parallel lines symbolize takbiratul ihram (the person raising hands before the start of the prayer with Allahu Akbar). 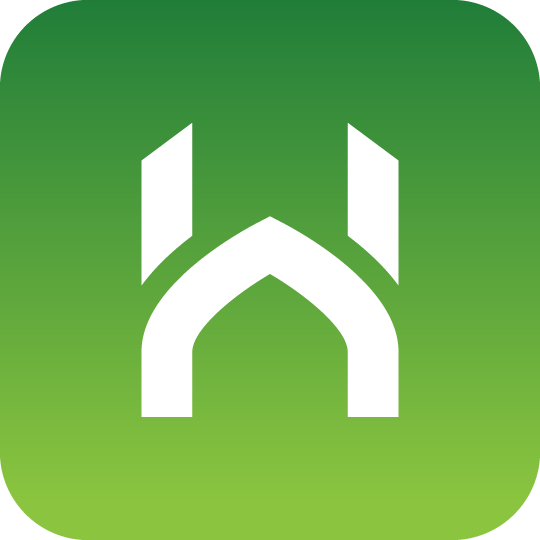 In the intro pages, the triangular arc symbolizes the mosque and gets bigger on every next page which means that one gets closer to Allah by performing voluntary deeds. 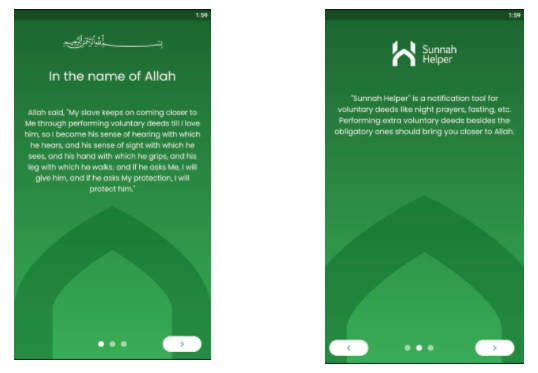 Finally, I ended up with my own native code for Android and workmanager and flt_worker plugins for iOS. The reason was that the mentioned plugins had some bugs and issues.

One more thing to note is that I wanted my app to reach as many Muslims as possible so I decided to make Sunnah Helper multilingual and the current version supports three languages: English, Russian and Azeri. I plan to add more languages in the future.

After the first version of Sunnah Helper was ready I spent a week testing the app on different IOS and Android devices. I shared it with my Muslim friends and asked them to test as well.

After the testing process was completed I deployed Sunnah Helper in AppStore and PlayStore on the same day. Also, I quickly created a landing page with screenshots and some basic descriptions.

Before starting active promotion I created a Youtube channel as well and prepared a promo video from the intro pages that my designer friend did:

I shared the app with my friends and with their support Sunnah Helper acquired the first 100 downloads and a lot of positive feedback. The next step was to inform Muslims around the globe about Sunnah Helper. So I started to promote my app with Google Ads and Facebook with an initial total budget of 50$ per month.

Although the budget was not so high, the promotion was bringing 20-30 users daily and most of the feedback was very positive. The reason for the low budget was that I wanted to collect some feedback and identify issues and bugs before reaching more users.

Below I shared some graphs:

Sunnah Helper was launched in August simultaneously in AppStore and PlayStore with a very passive promotion in the first 2 months. During the first month since launch Sunnah Helper received a lot of feedback. One important feedback was a request to add widgets into the app.

The reason that there were no widgets in the first version is that Flutter has no support for home screen widgets. Because I received multiple feedbacks for the widget feature I decided to pause the promotion and implement the time widget at least for the Android devices.

It took me a few days to learn and implement simple home screen widgets for Android devices. I have developed basically three widgets. Two of them were for displaying upcoming notifications and the last one for the silent mode manipulation. See the images below:

I have shared a short demo on widget usage.

I have postponed the iOS widget implementation due to the workload I have currently. Happily, Apple has recently announced the availability of Android like screen widgets in iOS, so I am very excited to learn and implement similar widgets for iOS as soon as possible.

Currently, I have paused all the advertising and promotions. I plan to continue with iOS widget implementation from the next year and start aggressive promotion with more budget. I did not do any promotion for the IOS version of Sunnah Helper.

People’s needs are frequently changing and we as software engineers should be able to identify them and apply technology whenever possible and benefit humanity.

Additionally, I want to add Quran and nearby halal place searching features into Sunnah Helper in near future.

Flutter provides a lot of nice plugins to exploit native device features without writing native code. These plugins are usually updated frequently. I try to use the latest versions to ensure the best performance and fewer bugs. So every time before deploying new versions to the production I used to update all the plugins to the latest versions. Once after the plugins were updated before deployment I ran basic testing on my android device and deployed new releases for both platforms. And guess what? Later it turned out that there was a bug with one of the plugins on iOS devices.

So I quickly reverted to the plugin's stable version and updated Sunnah Helper in AppStore. What I learned from this, first of all, never get emotional and impatient with the deployment to the production and always do proper and thorough testing. Secondly, be careful with third-party plugins and stick with the stable version. Whenever a new version comes, wait for a while for the community feedback, then test it on your own.

Below are the tools I used for Sunnah Helper project:

I was inspired by the other similar apps in the market that have millions of downloads and they benefit the Muslim community. I have decided to make my own app that would be useful for Muslims as well.

Technology and science are the tools to make life easier and make the world a better place to live. People’s needs are frequently changing and we as software engineers should be able to identify them and apply technology whenever possible and benefit humanity.

The main point here is to know your audience and their needs or even be a member of this audience. The second important key is to analyze the market and find out what the current market does not provide for the users. Also, you should be ready to leave your comfort zone if you have a full-time software engineering job and family.

Work on any project like you are working for yourself and create a product that is beneficial for yourself in the first place as well as for the community.