Course
Lean SEO ➜
Our course on how to reach 1M visitors/month
Starter Story
Home
Newsletter
Share Your Story
About Us
Ready to bring your idea to life?   Join Starter Story ➜
Newsletter
Become A Member
Learn how thousands of people are earning up to $2.5M/month online.
Introduction to Ambush Marketing and How It Is Used In Brand Wars
Thank you Klaviyo for sponsoring Starter Story ❤️
Turn one-time buyers into repeat customers. Try the platform loved by 265,000 brands 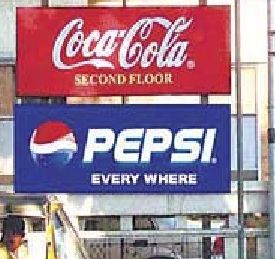 What Is A Event Ambush Guerilla Marketing?

This type of guerilla marketing is used to take advantage of an audience of a pre-arranged event, usually without event sponsors knowing.

This could take place in a concert, sporting game, convention, etc.

This is a popular form of guerilla marketing, as you have a large group of people with similar interests in one area that you can promote your product/service to.

In today's post, we look at how event ambush guerilla marketing works and share well-known examples for your inspiration. Keep reading to find out more.

Therefore, ambush marketing presents a rather unusual approach to creating an ambush campaign and respond to the marketing efforts made by an official sponsor of an event.

Brands use various forms of wordplay and visual forms to target the audience.

Such campaigns are often very entertaining and more likely to turn out to be a publicity stunt, creating a buzz around the involved brand.

Brands can use ambush advertising in different ways from PPC ads in search engines to huge billboards on the most crowded city streets.

If implemented strategically, brand ambush can bring several benefits to the brand.

Therefore, the brands try to display their presence in the event by creating unconventional activities that can become eye-catchy.

Here are great examples of ambush marketing campaigns for your inspiration.

During the 2012 Olympics games held in London, Nike looked to circumvent the event sponsorship restrictions by using the name of the capital in its “Find Your Greatness” campaign.

The Nike campaign ran in 25 countries and the showcase coincided with the opening ceremony of the 2012 Olympics, where Adidas Was The official sponsor.

How Pepsi Hijacked Coca Colas, Marketing Campaign During The Cricket World Cup Games in 1996 and 2019.

Back in 1996, Coca-Cola had paid a huge amount of money to get the official sponsorship of the Cricket World Cup held in South East Asia.

Pepsi gave Coca-Cola a run for its money by launching an innovative marketing campaign dubbed “nothing official about it”.

Pepsi roped in then cricket stalwarts to be part of the “nothing official about it” campaign, a strategy that was an outright ambush on Coca-Cola's marketing efforts in a region where cricket is like a religion.

The challenge did not stop there! During the 2019 cricket world cup, where Coca-Cola was the official sponsor, Pepsi captured the attention of cricket fans when they roped in the 87- year old fan of the Indian cricket team who was in the stadium attending India’s fixtures.

Ideas Of How To Organize Ambush Marketing Campaigns

As marketers make use of new media such as text messaging and virtual event sponsorship, so have ambush marketing strategies become more creative.

In fact, ambush marketing campaigns provide companies creative flexibility and can be cheeky when it comes to creating a buzz around your brand.

As a result, ambush marketing campaigns are often a lot more memorable compared to the typical advertising campaigns.

Here Are Some Ideas For Your Consideration

1. Sponsoring Media Coverage Of An Event

In some events, the event sponsorship right does not include associated media coverage rights.

As a none event sponsor, you can obtain broadcasting rights.

2. Sponsoring A Sub-Category Within An Event

For instance, in 1998 during the Olympic games, Kodak secured the global sponsorship category.

Fuji, kodaks main rival then, obtained sub-sponsorship of the U.S Swimming team, and promoted it aggressively.

While Fuji had not obtained the official event sponsorship rights, the company took advantage of the sub-category sponsorship and attained maximum brand exposure.

Just like sponsoring media broadcasts or an event subcategory, rivals of the event's official sponsors could sponsor teams or individuals competing with the specific event.

If you choose this approach, consider the best performing personality, so as to enjoy maximum brand exposure while the personality is performing.

4. Engage In Advertising That Coincides With A Sponsored Event

Rivals of the official sponsor could also purchase advertising airtime or ad space from the official event broadcaster.

The adverts can be aired immediately before the event, during the event, or after the event depending on the broadcasting rights, you have purchased.

This is a popular ambush marketing strategy, especially during sporting events.

Ambush marketing is often not a viable marketing strategy for smaller businesses.

This is considering that the costs can be prohibitively massive at times, and so a reserve for the wealthiest brands.

However, the underlying strategies can be applied where the budget seems friendly

Hopefully, this post provides some creativity on how you can deploy ambush marketing.

You might also like:
50 Lucrative Ways to Make Money on the Side
Pat Walls
20 Inspiring Small Business Ideas Earning At Le...
Pat Walls
How To Validate Your Business Idea
Pat Walls
Get access to all 200+ growth ideas.
Already a premium member? Sign in
Ready to bring your idea to life?
Join Starter Story to get the greatest companion to starting and growing your business.

How a food blog grew a niche audience to over 35,000 active subscribers
$50K+ in savings
Access to hundreds of the best tools to run your business. Including: $5,000 in AWS credits, $1000 Airtable credit, $1,000 in Notion credits, $1,000 in Miro credits, $10K in transactions without Stripe fees, 12 months free on SendGrid, 6 months free on Zendesk, Typeform, 50% off Quickbooks, Hotjar, Algolia, and hundreds of other tools.
2K+
case studies
145K
subscribed
1K+
hours of content
8M
visitors

"Thank you for creating this. It's refreshing to see how real founders grow their business."
Enter your email to get started.
To read this exclusive story, join Starter Story Premium!
Premium
Full access to case studies, filters, and business ideas database
$6.20 $2.67/week
Billed annually
Unlimited access
Unlock 2,326+ case studies
Find your next idea - 6,457 business ideas
Unlock 200+ growth playbooks
Filter, search, export full database
Premium Plus
All access pass: All courses & guides to start your business
$12.82 $5.75/week
Billed annually
Everything in Premium
$50K+ in deals on tools
Access to hundreds of successful founders
1 on 1 mentorship for your business
Get the Lean SEO course
Questions? Check out our FAQ. Already a member? Sign in