Justin Fenchel is an American entrepreneur. Justin started BeatBox Beverages in 2017 and is based in Austin, TX.[1]

Justin started BeatBox Beverages in 2017. They detail the beginnings of their company in their Starter Story interview: [1]

Q: How did you get started on BeatBox Beverages?

I had the idea with a lifelong friend of mine (co-founder Brad Schultz) to make a party version of boxed wine.

We saw how popular boxed wine, typically Franzia was in college, at tailgates, kickball games, beach trips, etc. But no one was buying it because they loved the taste of the wine. They loved the affordability, convenience and taking the bag out of the box to slap the bag! We also saw the explosion of flavored malt beverages like Four Loko, Lime-a-Rita and Mike’s Hard Lemonade. So we asked ourselves why had no one made a fun flavored version of boxed wine for the millennial consumer?

> Don’t just assume your idea is great. Even if your family and friends say so. Get a prototype out into the market. Get people outside of your network to tell you it’s a good idea.

Other than being avid consumers, we had no prior alcohol industry experience. However I was in the McCombs School of Business in Austin for my MBA, and put together a team of people that brought different skills to the group, and this sharing of thoughts ideas and skill sets was important at the start. But man we had to figure out a ton of the crazy alcohol laws along the way.

We followed the Lean Startup model and applied to a consumer products idea. We actually emptied out Franzia bags, and filled them up with vodka, crystal light and food coloring.

We also crowdsourced a logo and packaging designs, and put different packaging concept stickers on cardboard boxes. We then took these makeshift boxes to different parties to see what people thought. And people went nuts for them! We had people trying to give us $20 bills at random pool parties for these boxes, and we knew we were on to something. 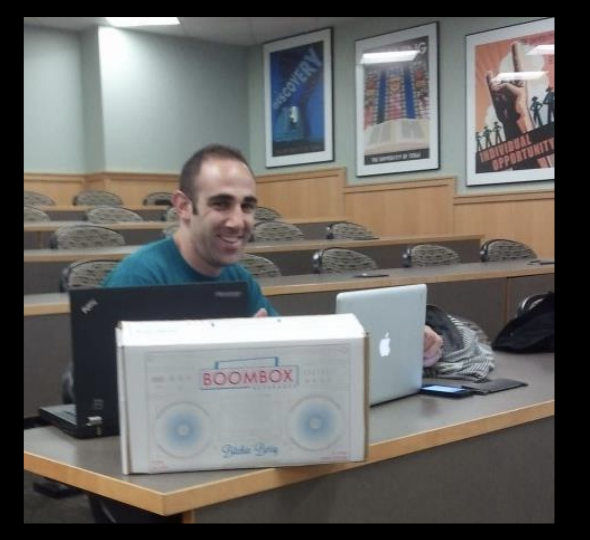 I had spent the first 5 years of my career after college as an equity analyst. However I realized I didn’t want to make a career in that field, so decided to go back to school (which I ended up doing at McCombs in Austin, TX.) BeatBox was started while I was in school.