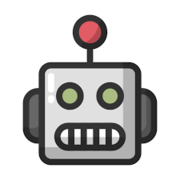 Mautic by HEM
other

HotJar
Discover what books Tauan reccommends to grow your business!

Don't Make Me Think: A Common Sense Approach to Web Usabi... Steve Krug
📗
Learn how thousands of people are earning up to $2.5M/month online.
Start A Logo Designing Business
Thank you Klaviyo for sponsoring Starter Story ❤️
Want to grow your business? Join the 265,000 businesses using

I’m Tauan Vivekananda, and I’m the Product Designer and Co-founder of Logo Bot. Actually, although I’ve entered the project in the very beginning, my partner Muhammad Satar already had some experience with logo makers thanks to an older project, and then he had the idea to create a more modern AI-powered logo maker.

Logo Bot is a free logo maker where you can have a new logo for your business within a couple of minutes. This app gets keywords from your company’s description and uses them to create iconic images combined with the best fonts and color combinations and create a new logo. You can also edit the generated logos to give your personal special touch, and download it with vector files absolutely for free.

Currently, logo.bot is making around 450 new logos per week, all free for now.

I’m a former graphic designer but I’ve been working as a UX/UI Designer for the last 4-5 years. As I said in the first question when I started to work with Muhammad, the idea was already there, but he needed someone with UX/UI expertise to design the product, and that’s how I joined the project.

Don’t skip the validation process and plan every step ahead of your project. Most of the mistakes could be avoided with good planning.

Muhammad already had the experience with an older logo maker app, but that app was becoming outdated and it was a great moment to start a new one, but this time, based on AI because it’s kinda a trending in the last years.

I was very reluctant to the idea in the beginning, mostly because of my background in graphic design, I felt a little concerned about not being able to deliver a good logo with the app, as a real designer would do. Later, I was more confident about it, but in the first months, I was very concerned.

It was also my first experience as a “design-team-of-one”, and it was very hard to make design decisions by myself and take responsibility for it. But as the project went by, being a lonesome designer was one of my favorite things about the job.

I think this project gave me a huge step up in my career, because I could learn a lot in Product Design and AI, and become each day a better designer than before.

The first idea was to create a conversational interface, where the user would chat with a bot to create their logos. But this didn’t go well in the MVP testing, and the idea was discarded.

Then we started to test a lot of new features, not only for the “conversation” with the bot but also in logo generation logic and the logo editor. This was the phase where we have a lot of complications in the development, as we were only a small team with a freelance developer working remotely, and the app wasn’t working as expected yet. So we decided to get a few steps back and restructure the app, create a new design for it, and validate it before launching to the market. 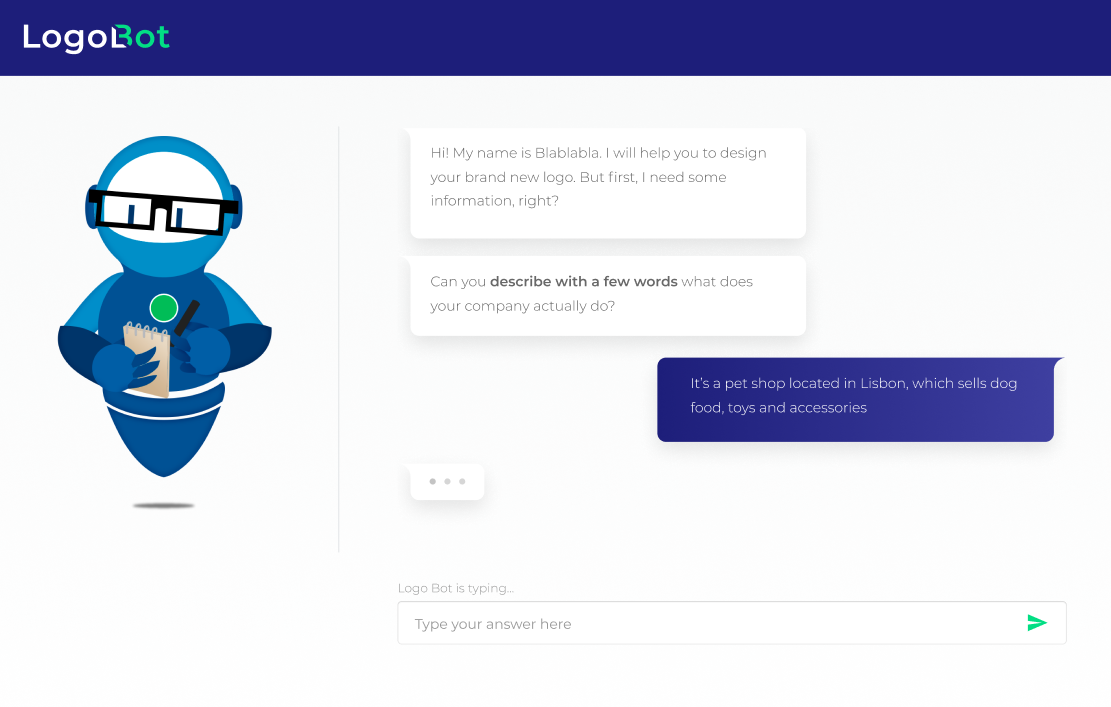 Part of the first Logo Bot concept, with the conversational UI

Also in this phase, we have done a lot of work on the logo generation logic, and also created an AI color generation tool, because, in the first version, the colors were predefined by me. In this new Logo Bot, the colors were generated based on the information given by the user.

Besides that, we’ve been improving the logo generation intelligence as well. Now, the logo maker gets the information given by the user, mainly the company description, and converts it into keywords. Those keywords are used to search within a logo database and suggest them to the user based on that information.

Actually, we didn’t have an official launch for this product, as we made some small “soft launches” as soon as a new feature was being added or bugs resolved. From small launches to small launches, the product became more complete and full-bodied.

We’ve been bootstrapped since the beginning, we didn’t have any external resources or financial support. The app development was being paid with the profit from the older apps.

The greatest lesson we’ve learned with this was “make mistakes early to learn faster”. We’ve made a lot of mistakes in the beginning, but those mistakes made us so much better to improve the product now.

In the beginning, most of our traffic came from paid advertising on Google. But when the business started to grow, we also started to spend more time on SEO strategies, on-page, and off-page, to increase our traffic.

This is why we chose to offer a 100% free logo maker with this app because this could be a great way to increase the traffic before we think of other improvements and start to monetize it with other strategies. For now, we’re going to keep this free, while we’re still figuring out how we can monetize the app and be better than our competitors without being expensive.

We also started recently to spend more time on social media, highlighting here our Instagram account, where we post every week some logos made by our users, along with design tips and every other design-related matter. 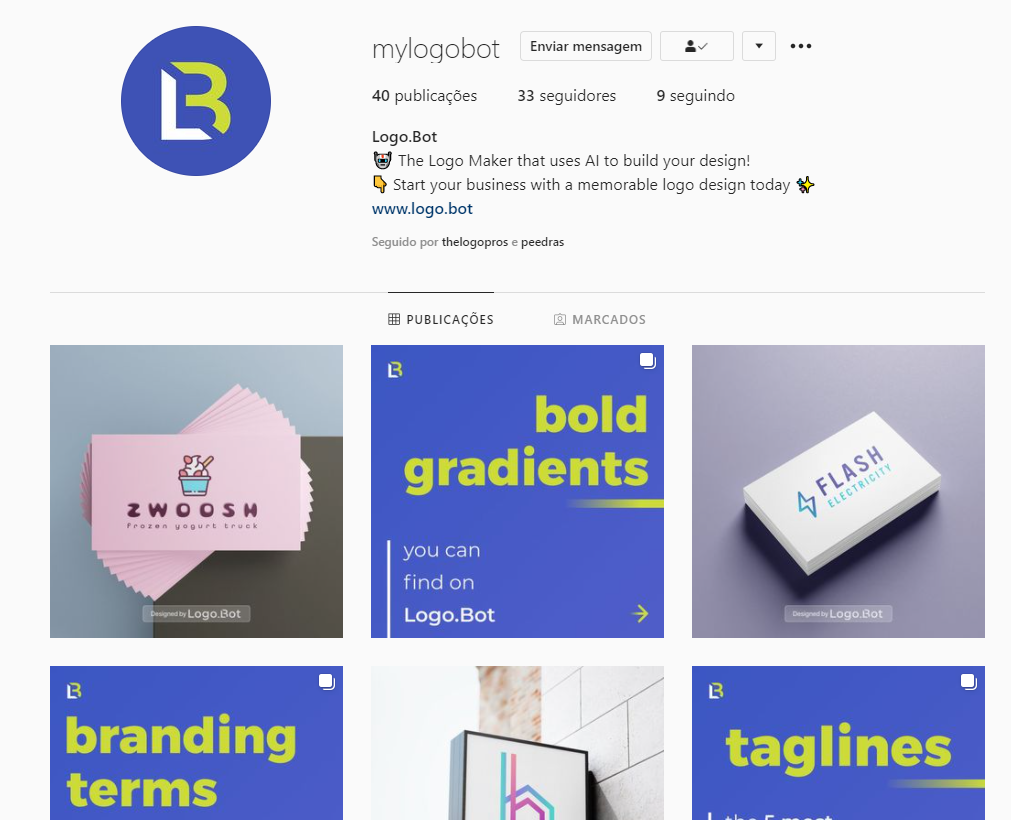 Today we are looking forward to increasing our traffic considerably, and then we want to improve the logo generation AI to create even better logos.

One of our goals for the future is to create unique and exclusive logos using only AI, with little to no friction at all for the user. With this, we can also start to work on new ways of monetization of the app.

Some logos created on logo.bot

The biggest mistake we did, in the beginning, was not to plan each step of development with more caution and organization. The validation phase turned out to be the main product itself and we spent too much time with tiny little things that could be avoided with the good product planning.

Today we are much more organized and we’ve learned a lot from the mistakes made in the beginning. But we’re still looking to improve even more and create a better product than our main competitors.

We use Google Analytics and Hotjarfor analytics and user behavior, Mautic for marketing automation (which is a great open-source tool), Asana for project management and WordPress for the Blog.

For design and prototypes, we use Figma and for user research and testing, we use Maze.

For me, as a designer, Don’t Make Me Think by Steve Krug and Sprint by Jake Knapp are some of my favorite inspirations in product design.

Don’t skip the validation process and plan every step ahead of your project. Most of the mistakes could be avoided with good planning.

How a food blog grew a niche audience to over 35,000 active subscribers
$50K+ in savings
Access to hundreds of the best tools to run your business. Including: $5,000 in AWS credits, $1000 Airtable credit, $1,000 in Notion credits, $1,000 in Miro credits, $10K in transactions without Stripe fees, 12 months free on SendGrid, 6 months free on Zendesk, Typeform, 50% off Quickbooks, Hotjar, Algolia, and hundreds of other tools.
3K+
case studies
117K
subscribed
600+
hours of content
7M
visitors

"Thank you for creating this. It's refreshing to see how real founders grow their business."
Enter your email to get started.
To read this exclusive story, join Starter Story Premium!
Premium
Full access to case studies, filters, and business ideas database
$6.20 $2.67/week
Billed annually
Unlimited access
Unlock 3,500+ case studies
Find your next idea - 5,497 business ideas
Unlock 200+ growth playbooks
Filter, search, export full database
Premium Plus
All access pass: All courses & guides to start your business
$12.82 $5.75/week
Billed annually
Everything in Premium
$50K+ in deals on tools
Access to hundreds of successful founders
1 on 1 mentorship for your business
Get the Lean SEO course
Questions? Check out our FAQ