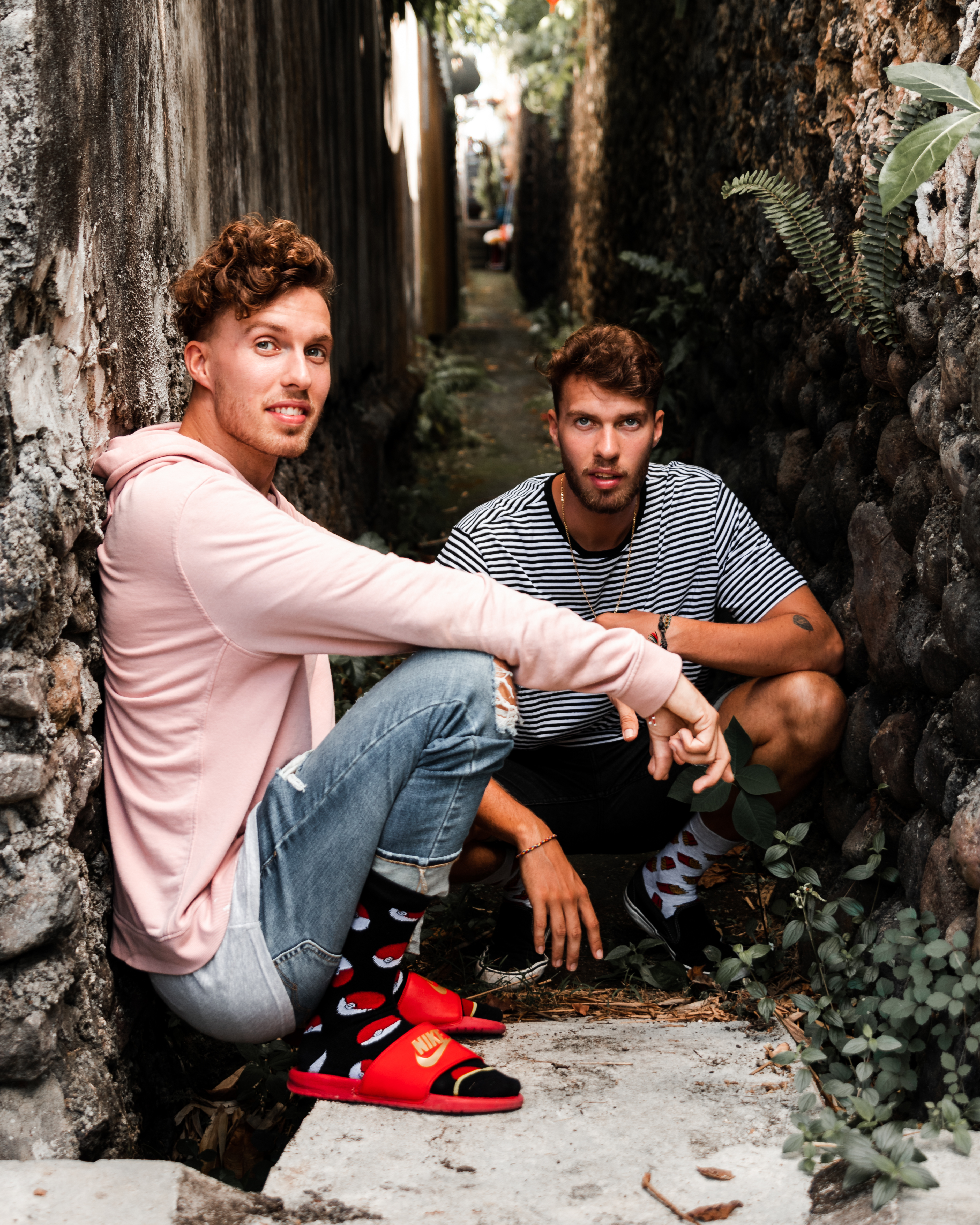 Rasmus started Mikkelsen Twins in 2018. They detail the beginnings of their company in their Starter Story interview: [1]

Q: How did you get started on Mikkelsen Twins?

We never had a moment like “Ah ha! Let’s start an online education company!”, it just naturally evolved and grew into what it is today.

But I can tell you exactly how we got here. Before we get into how we first discovered what entrepreneurship even is, I want to paint the picture of what life was like even before that.

Up until we were 21 years old, we were 2 guys just going through life on autopilot with no regard for the future. Worrying about what my next week would look like was hard enough. Then we basically “woke up” and found ourselves in a 1 bedroom apartment in Aarhus, Denmark, not showing up to our part-time job anymore and smoking pot every day. For the first time, we reflected on ourselves, what we were doing and we just felt embarrassed. We were wasting our precious time away doing absolutely nothing. I don’t want to get too into the emotions felt, but it was a rock bottom for us. Long story short, we have a private twin meeting and said to each other “this is f\cking sad, we have to change”. And because we had each other, we developed motivation and ambition to prove we weren’t useless, waste-of-space losers (but that’s exactly how we had acted).

We had all this caged up motivation, but no idea where to direct it. So we decided to enroll in community college. We already knew this wasn’t the path for us, but it was a way to direct all this energy we had inside us and a way to show our parents that we didn’t want to be lazy bums anymore. We wanted to change.

We set a goal to achieve straight A’s across the board. Everyone doubted us and I argued with people saying they weren’t supportive, but then learned it’s best just to shut up and let your actions speak instead.

We worked our asses off studying as much as we could while working jobs as well, me as a Chinese food delivery driver, and then Christian as a receptionist at a physical therapy office. Long story short, we made it happen and both got perfect straight A’s for the next 3 semesters. While I hated the classes and everything about traditional school because I didn’t actually learn anything (that’s not true actually, I learned how to become really good at memorizing!), it taught us one huge, life-changing lesson.

Shiny object syndrome is currently the biggest plague in entrepreneurship there is. Just focus on one damn thing for at least 12 months minimum without losing focus.

And that is if you fully commit yourself to something, you can do it. Now it seems so obvious, like yeah, of course, you can achieve that, but I think most people don’t believe that. And now we bring that mindset and confidence into everything we do. We still fail A LOT, but we learn from them until we finally figure it out.

At college, we finally found the confidence to create our own path. So we searched online on YouTube for all the different online business models out there. We compiled a list of about 6-7 and we each picked one. This way we could try out business models twice as fast and as soon as one of us finds success, the other twin would switch over to the better business model. Genius idea and it worked to perfection. I chose to dropship as my first business and Christian chose book publishing.

Long story short, we found the most success with book publishing and within 12 months we were making about $3,000 a month each. Just enough to quit college (1 semester shy of graduating, our parents did not agree at the time haha), quit our jobs, and start traveling.

Our first destination was Chiang Mai, Thailand. There we grew our publishing businesses further and after 3 months there, moved to Honolulu, Hawaii (our DREAM location). 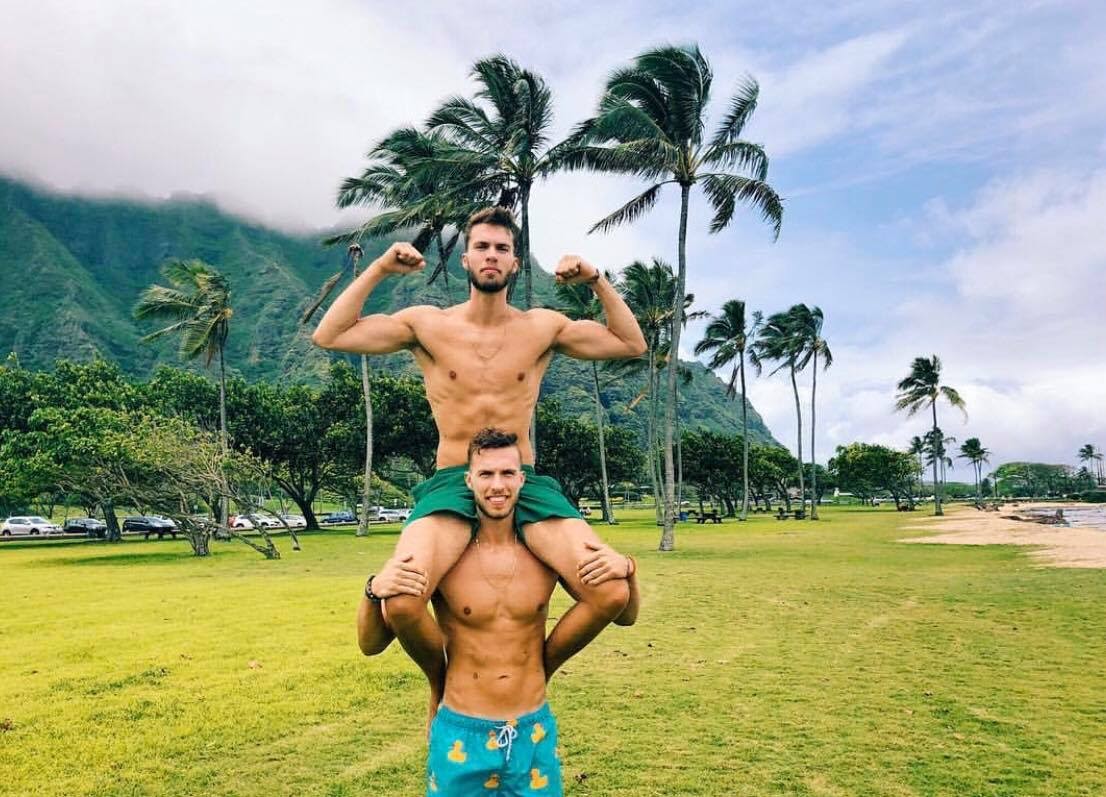 We each grew our publishing businesses to the $7,000-$12,000 per month range which was incredible. Publishing had created our dream life for us, but we didn’t enjoy publishing itself. We also had bigger dreams and aspirations and we could see if we just kept on publishing more and more books, it wasn’t gonna get us there.

So we decided to start a YouTube channel. We always wanted to be “rich and famous” (it sounds so dumb to say now haha) but we were terrified of the camera. Overcoming that fear was the hardest thing I’ve ever done. To be honest, we never would have done it if we didn’t have each other’s support. Having a twin is an unfair advantage!

We had no idea what to make videos about, but we thought let’s just make videos talking about what we’re really good at. Book publishing. So over the next 180 days, we released a YouTube video every other day without fail. I never missed a single time. We even went to Japan for 10 days during that time, so we bulk filmed 10 videos in 3 days, edited them, and scheduled them so they’d be uploaded every other day and no one would notice we were gone.

There was NO LUCK involved when it came to YouTube. We never had a video go viral, it was just a slow and steady 5-7 new subscribers every day. After about 50 videos, we started making more videos talking just about audiobook publishing because there was no one else really doing it. We just made videos sharing everything we know until our subscribers were literally begging us to create a course about audiobook publishing. We refused for a long time but eventually gave in.

We fled to Denmark to isolate ourselves from the world so we could focus just on creating this course (while still uploading a YouTube every other day).

Then on September 8, 2018 (while at a self-publishing mastermind event in Cancun), we launched our online course, Audiobook Income Academy, and wow. What happened was unbelievable, life-changing, and just downright impressive.

We launched our course at half price ($497), made a YouTube video to our 1,200 subscribers announcing that the course is open for enrollment… And it began.

30 seconds in, we had our first-course sale. We couldn’t believe it.

Live video reaction when we launched our course and the first sale happened:

After our 24 hour launch day discount had ended, 96 people had enrolled in our program. After processing fees and payment plans, that was $43,865.62 in pure profit in 24 hours. We didn’t spend a penny on ads (we didn’t have a clue what a Facebook ad was) and a course is a digital product, so there is no fee to create or “ship” it to customers.

I’ll never forget that day. 2 hardworking idiots that had an idea what they were doing could do that?! What else is possible?

That was 1.5 years ago as of me writing this right now. To not take forever, here’s a quick recap of everything that happened in the last 1.5 years: