Course
Lean SEO ➜
Our course on how to reach 1M visitors/month
Starter Story
Home
Newsletter
Share Your Story
About Us
Ready to bring your idea to life?   Join Starter Story ➜
Newsletter
Become A Member
Learn how thousands of people are earning up to $2.5M/month online.
120 Creative Instagram Captions For Authors
Thank you Klaviyo for sponsoring Starter Story ❤️
Turn one-time buyers into repeat customers. Try the platform loved by 265,000 brands

Some businesses continue to put much too much emphasis on Instagram photos rather than captions.

Great Instagram captions have the power to offer even more insight to the post, potentially boosting engagement, bio visits, and click-throughs. This will allow you to edit, proofread, and compare your captions side by side to see which one has the most effect.

Your first draft will almost never be selected as the best option, which is why you should set aside enough time to write several.

2. Front-load the most important information

The 2,200-characters limit for Instagram captions is mostly a formality. However, it's worth noting that captions are cut off in users’ feeds to around 140 characters.

This doesn't mean you must make your captions extremely short so people can see everything without clicking "more."

Instead, frontload your captions with the most important sentence or calls-to-action, and save any @mentions, hashtags, or other unimportant information for the end. 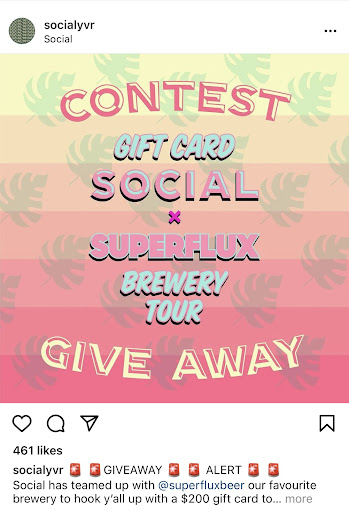 3. Include a strong call to action

The most effective way to maximize the possibility for your Instagram post to get shared and improve engagement is to include a call to action in the captions.

Instead of passively scrolling through, you should use action verbs to encourage people to take action. 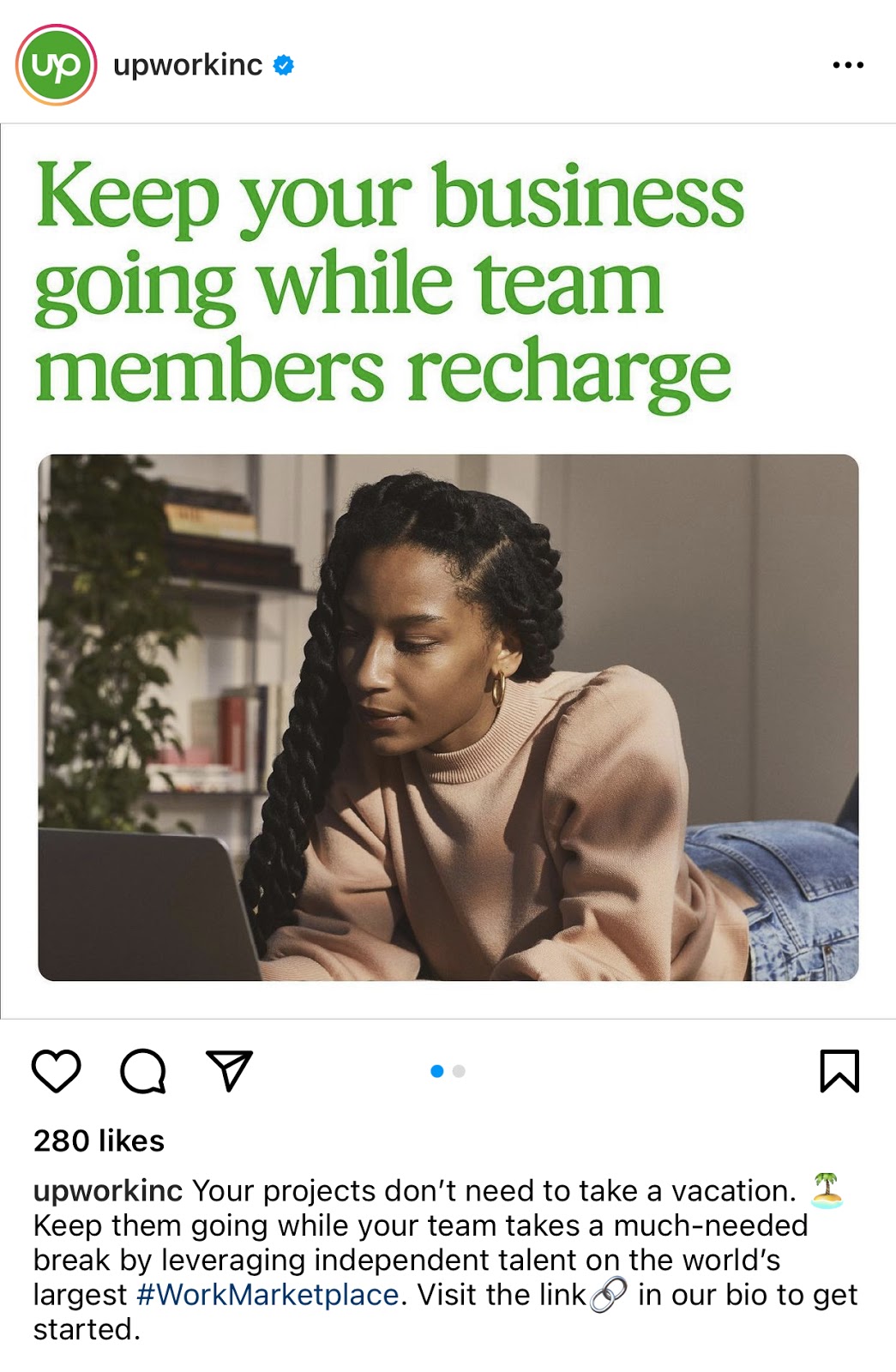 However, you should use hashtags sparingly. As a means to get more followers, some Instagram users add a string of searchable hashtags.

Too many hashtags can come off spammy to your existing followers. Limit yourself to three or four hashtags at most. 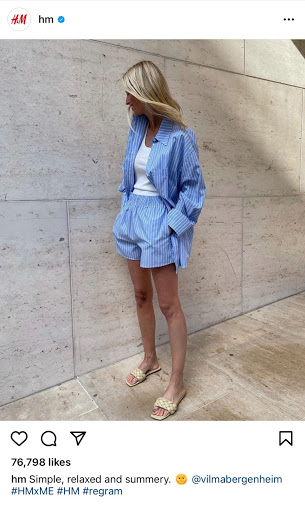 5. Use emojis and have fun with them.

Add some emojis to spice up your captions and make them more appealing.

Emojis added at the end of sentences or paragraphs may act as "bookends," visually breaking up long strings of text.

You can also use emojis to encourage readers to take action, such as clicking the link in the bio.

If you're going to use emojis, make sure they match your tone of voice and identity. You don't want to use too many emojis at once, particularly in the same caption. 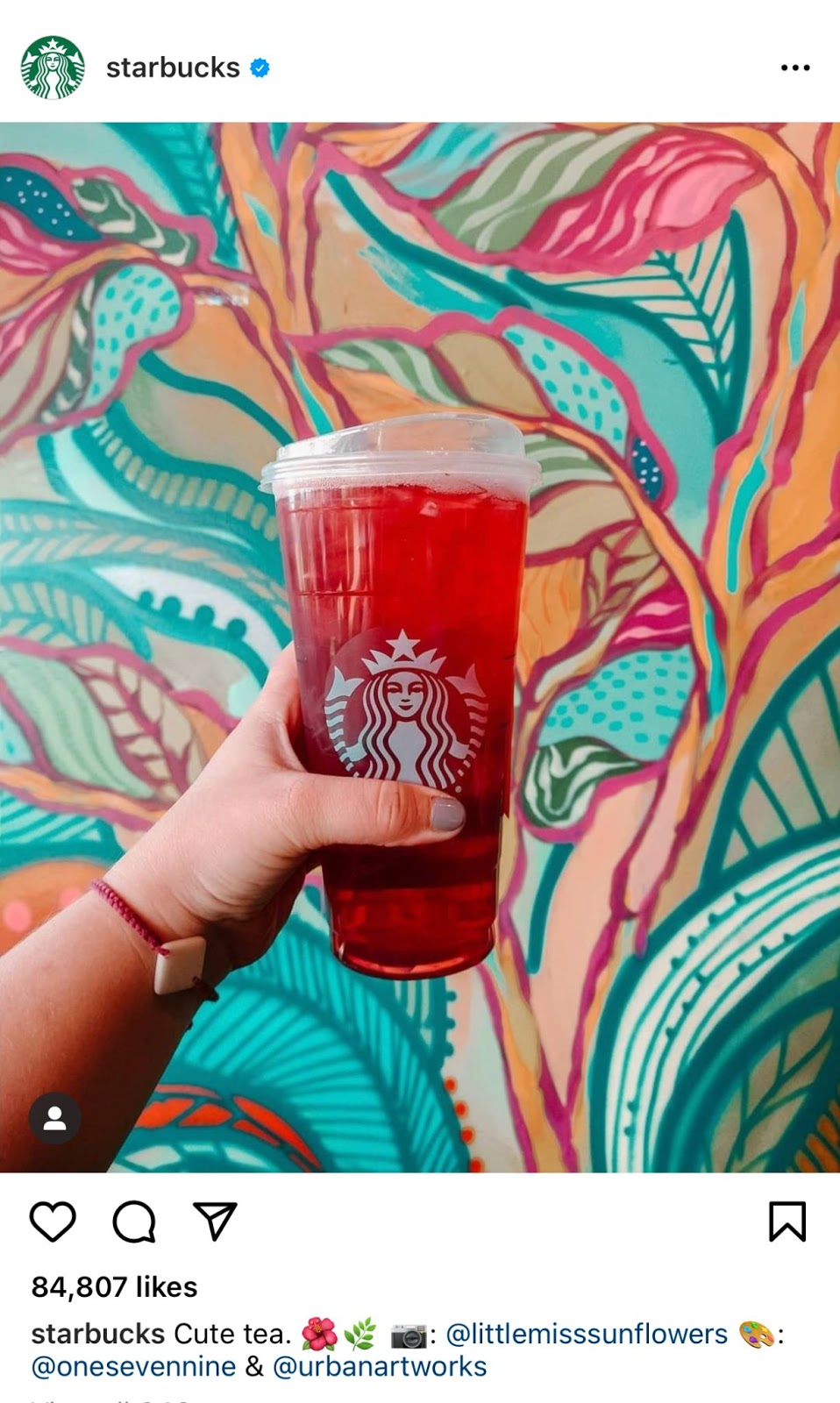 Remember not to rush your copywriting and to evaluate the success of your efforts so that you can use objective benchmarks to figure out what works.

How a food blog grew a niche audience to over 35,000 active subscribers
$50K+ in savings
Access to hundreds of the best tools to run your business. Including: $5,000 in AWS credits, $1000 Airtable credit, $1,000 in Notion credits, $1,000 in Miro credits, $10K in transactions without Stripe fees, 12 months free on SendGrid, 6 months free on Zendesk, Typeform, 50% off Quickbooks, Hotjar, Algolia, and hundreds of other tools.
2K+
case studies
147K
subscribed
1K+
hours of content
8M
visitors

"Thank you for creating this. It's refreshing to see how real founders grow their business."
Enter your email to get started.
To read this exclusive story, join Starter Story Premium!
Premium
Full access to case studies, filters, and business ideas database
$6.20 $2.67/week
Billed annually
Unlimited access
Unlock 2,344+ case studies
Find your next idea - 6,466 business ideas
Unlock 200+ growth playbooks
Filter, search, export full database
Premium Plus
All access pass: All courses & guides to start your business
$12.82 $5.75/week
Billed annually
Everything in Premium
$50K+ in deals on tools
Access to hundreds of successful founders
1 on 1 mentorship for your business
Get the Lean SEO course
Questions? Check out our FAQ. Already a member? Sign in