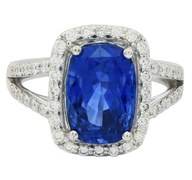 Traction: How Any Startup Can Achieve Explosive Customer ... Gabriel Weinberg
Listen to the audio version of this story!
Thank you Klaviyo for sponsoring Starter Story ❤️
Want to grow your business? Join the 50,000 businesses using

Hello! Tell me about yourself and what you’re working on.

We deliver a true auction experience from the convenience of your laptop or phone. Placing a bid on our site comes with all of the excitement and unpredictability of a real live auction.

Today, we are doing about six live auctions a week, and each ranging 5-8 hours long. At the peak of an auction, we might have over 100 users simultaneously viewing and bidding on items. 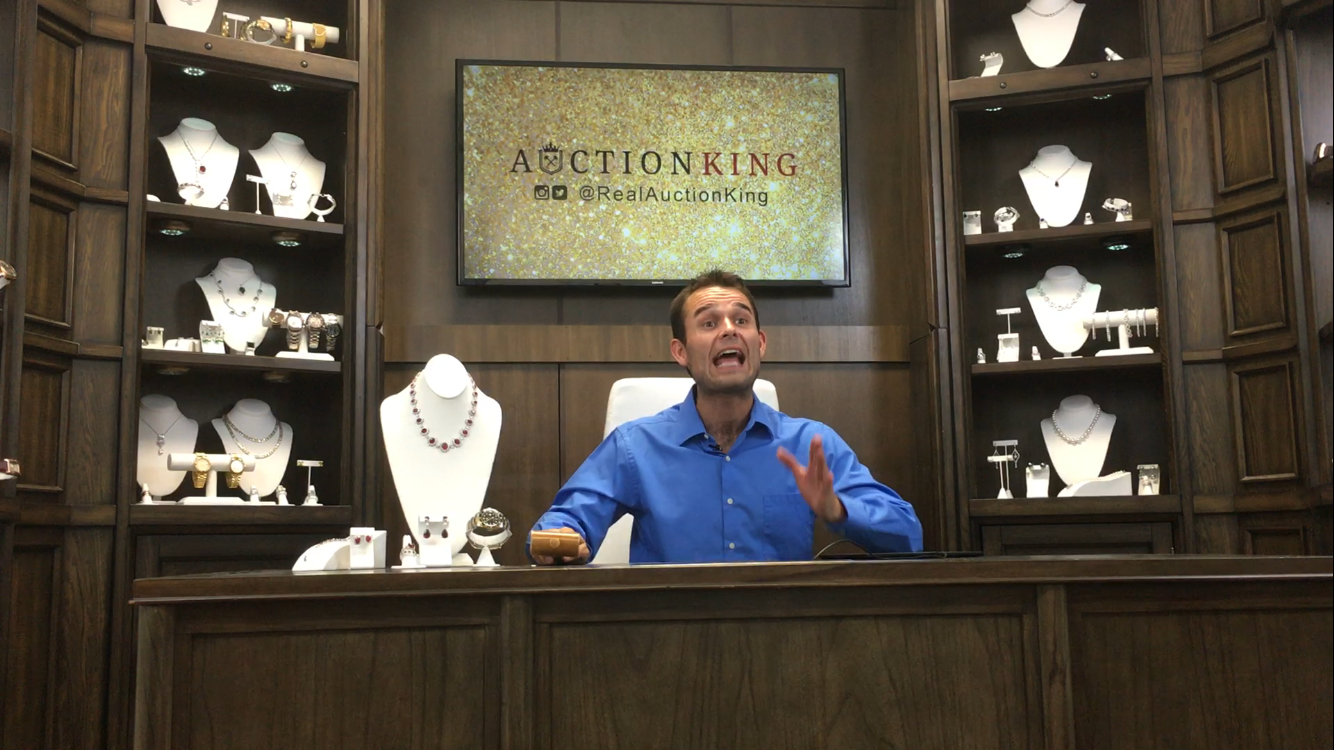 What’s your backstory and how did you get into the auction business?

My family has been in the auction business for four generations, so I was naturally exposed.

But the story here starts about 7 years ago when my dad asked me if I could help him run his auction on LiveAuctioneers.com – a new, exciting website that was changing the auction industry. I was in college at the time, but I happily helped out.

Running the auctions was fun, and I was making some good money on the side. Before I knew it I was doing an auction every weekend. I graduated college a year later and decided to go full time.

But right after going full time, the online auction bubble seemingly burst for sellers like me. It became much harder to make money due to buyers migrating to different websites and amateur drop shippers undercutting our prices.

I kept trudging on for months, but with each month I was working harder and making less. It got to a point where I didn’t see a future for myself in the auction business.

How did you come up with the idea for Auction King?

It was really random. My aunt met a guy named Mike who ran an online marketing firm and offered to link us up for lunch, just to network.

We talked about our work, and he proposed to me the idea of starting up my own auction website. He knew a web developer from India who could build it. I was very skeptical at first and mostly ignored the idea, but as the days went by I kept thinking about it. The idea started to have some legs.

I agreed to meet the developer, so we flew him to Los Angeles all the way from India. After meeting him and going over all of the features we wanted to build, we decided to move forward. We hit the ground running with a 4-month plan to launch Auction King in September 2015. The first two months of the build went smoothly, and we were making excellent progress.

But then, things started to get shaky. The developer stopped making progress, and was unable to deliver on the features. The site had a ton of bugs, and he could not fix them. We had to find someone else.

So we had an unfinished site and no developer. I was very close to giving up at that point.

We were desperate to find someone, but nobody was interested in picking up a bug-filled, unfinished website. But luckily, Mike pulled it together at the eleventh hour and found someone - a friend of a friend who is [now] our star developer.

Were you able to successfully launch the product?

We launched a website that looked like a jigsaw puzzle. It was so amateur looking. A few users joined and attempted to make some bids, but then the site crashed and we didn’t sell anything. I didn’t really care though, at least we launched something.

By getting it out there we were able to identify issues we hadn’t seen before and fix them faster.

Three weeks later we did another auction, and made our first sale! We sold a piece of silver for under the market price of silver. We continued to do live auctions every week from that point – getting better with each time. A couple months later we made a sale for $3,000, a big milestone for us.

Keep in mind that Auction King is just a side project for me at this point. I was still working full time as a seller on Invaluable – but that business was completely tanking for me. I was so low on cash that I was selling off my inventory below its cost just to keep the lights on.

That's when I realized I needed to put all my effort into Auction King. 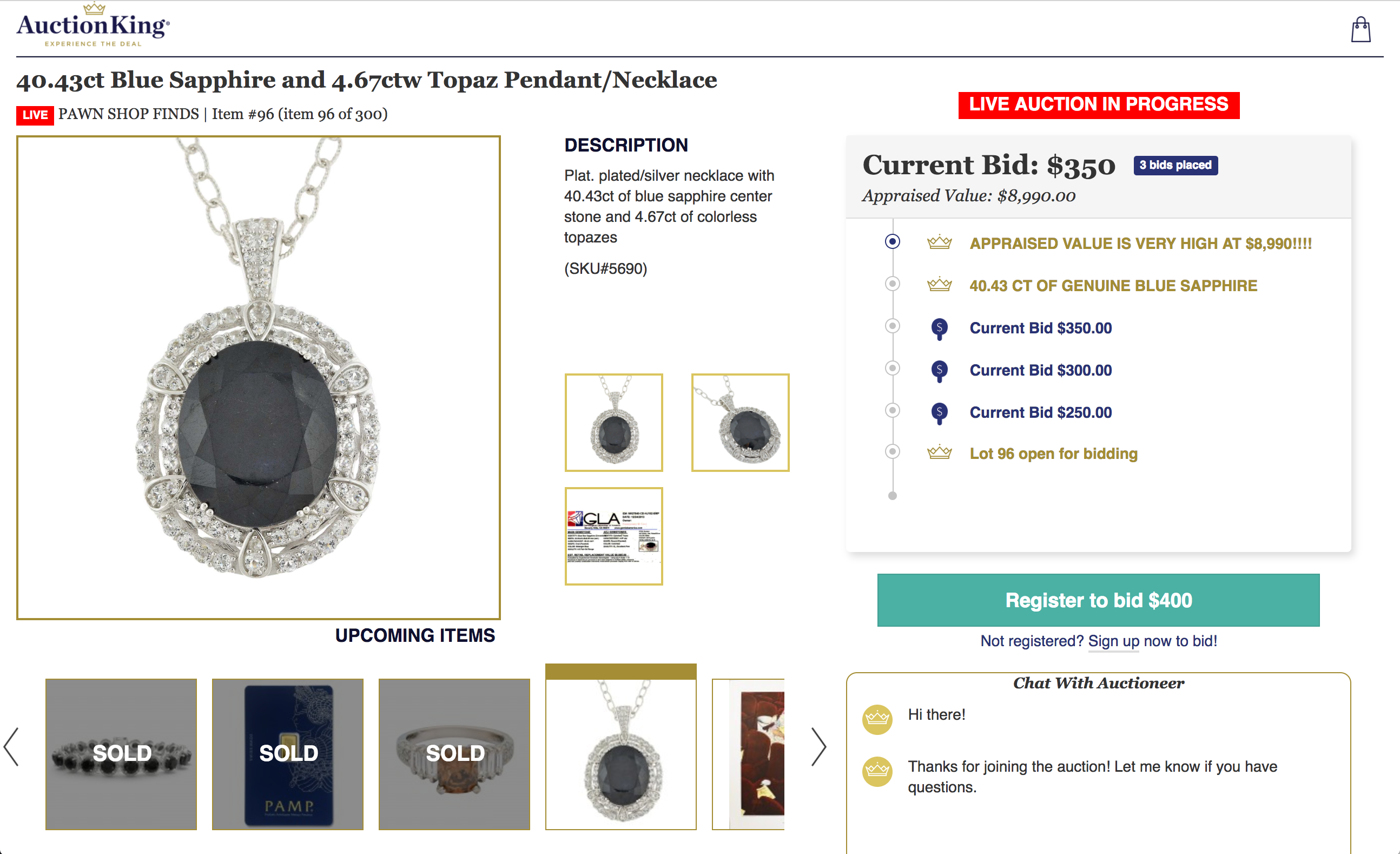 So now you’re full time, when did you start seeing some traction?

After I went full time on Auction King I was completely focused on getting new customers to our site. I had a great idea: to run physical auctions in the real world to spread the word about Auction King.

We ran real auctions in LA and all over California, inviting everyone we knew who would be interested. We were using the Auction King software at the auctions to showcase the merchandise and take bids. People could view the merchandise on their phones, and we rented giant flat-screen TVs and hung them on the wall for everyone to get a glimpse of our site.

We were taking bids on items online and in the real world, all while exposing how easy it was to use Auction King. Instead of driving to an auction through traffic and waiting hours for an item you’re looking for, you can just log on for a few minutes and make your bid. When people saw this it was a no-brainer to check out our site.

We brought on a slew of customers with this tactic. We did this for many months, and we just recently got to a point where we don’t need to do this anymore – we are totally focused online now.

What are you working on today, and what’s the future for Auction King? 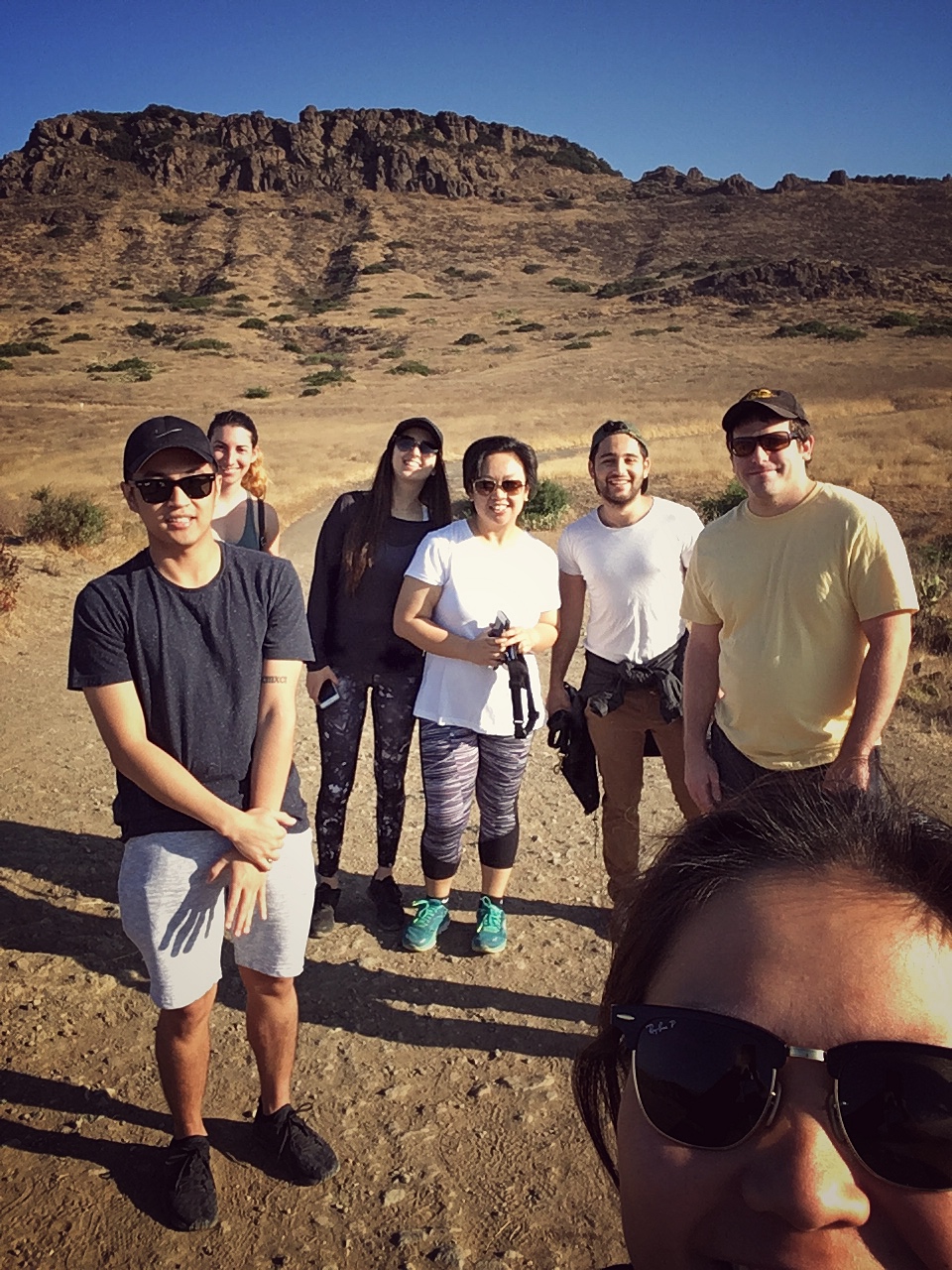 We’re doing really well now. For the past few months we’ve been improving our design, brand and messaging. We consulted with a professional branding agency which has improved the look and feel of Auction King.

Going forward we are focused on expanding our inventory to have more merchandise. We can attract new customers and niches as our scope of inventory grows.

I’m also working on packaging up our software and selling it to other auction houses. I’ve already had a deal on the table for $500,000 – but it fell through because they didn’t have the funds.

I’m working on two brand new auction sites targeted at different demographics, and we are also building an iPhone/Android app.

What were some of the biggest obstacles/challenges you faced?

The biggest challenge we faced was our decision to attempt to live stream our auctions QVC-style. We had a hypothesis that video streaming on our site would add value to our product and bring us more business.

So we got a new office and built a mini studio. We hired actors and production people – we aimed for it to look like something you would see on TV. We also overcame some serious technical issues to get a true live stream on our site.

I thought we had the next big thing, but I was wrong. The live video streams looked amazing and professional, but they didn’t make us any more profitable and they cut our volume of auctions in half. The actors we hired didn’t have the stamina to go for hours, and there were many logistical issues.

We confirmed this through A/B testing with and without the video and came to the conclusion that our hypothesis was wrong. We realized it’s more important to focus on volume of auctions rather than higher production value.

Any advice for other entrepreneurs?

Find someone great (like Mike) to join forces with. He is a mentor to me. He brings so much technology experience to Auction King, and he saved us after we lost the developer.

Stop at nothing to find an agile developer. Our developer works on new features every day – which makes Auction King so valuable. Our developer is able to make anything possible.

Constantly iterate and improve on your current state. I built Auction King about 18 months ago, and it’s changing every day. I look at some other auction businesses, and they haven’t changed in years! You must adapt quickly and at all times. Nothing lasts forever – and things will disappear faster than you think.

Most importantly – if you need something and it doesn’t exist – build it! If I didn’t build Auction King, I would still be at the mercy of the existing auction sites. Now, I’m able to hold my destiny in my own hands. That’s what has made it all worth it.

Also, I recommend reading this book!

Where can we learn more?

You might also like:
Designing and Prototyping A Product
Starter Story
The 30 Most Influential Books Recommended By Pr...
Starter Story
How To Come Up With An Idea For Your Business
Starter Story
Create a free account to keep reading.
Ready to bring your idea to life?
Join Starter Story to get the greatest companion to starting and growing your business.

How a food blog grew a niche audience to over 35,000 active subscribers
$5K+ in savings
Access to hundreds of the best tools to run your business, including $2000 Airtable credit, 12 months free SendGrid, 6 months free on Zendesk, $1000 in AWS credits, 50% off Quickbooks, and deals on 99 other tools.
Listen on the go
Your morning walk just got better. 24/7 access to the audio version of all of our interviews + exclusive case studies.
1,500
case studies
34.8K
subscribed
279
hours of content
2M
visitors