I’m Ramy Khuffash and I run a small business called Page Flows, which is a library of inspiration videos for digital product designers. Customers pay a subscription for access.

I’ve been running the business for a couple of years and it makes about $4,500 per month in revenue. 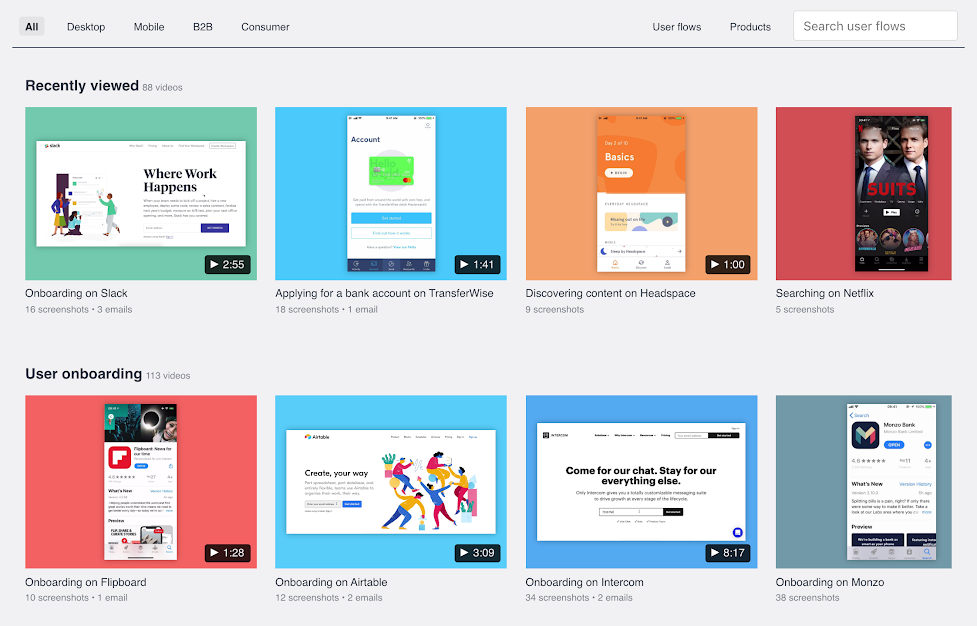 I studied accounting and information systems at university, but by the time I graduated I realized I didn’t want to be an accountant or work in Information Systems. After a few years of working various jobs, experimenting with WordPress, and co-founding a failed consumer startup, I started my path as a web developer.

Throughout my career, I built side projects to improve my skills and make progress towards starting a business of my own. One of those side projects was a newsletter called UI Movement, which is a design inspiration newsletter. It was by far my most successful side project and quickly gained thousands of subscribers after launching on Product Hunt.

If you’re a solo founder, I also highly recommend joining a mastermind group. I and two other founders get on a call every Monday. Having a group of likeminded people to keep me accountable has been massively helpful.

A year or so later, I was ready to start working on something new. I wanted to build a product or service I could charge customers directly for. I set up calls with a few UI Movement subscribers to learn more about why they signed up, what value they get from the newsletter, and whether there’s anything I could build that they would be willing to pay for.

After reading The Mom Test, I realized that the questions I asked during those conversations could have easily led me astray. Thankfully, they still resulted in some helpful insights. A theme that kept coming up was that people enjoyed aspirational UI design inspiration, but more realistic design inspiration would be more helpful. 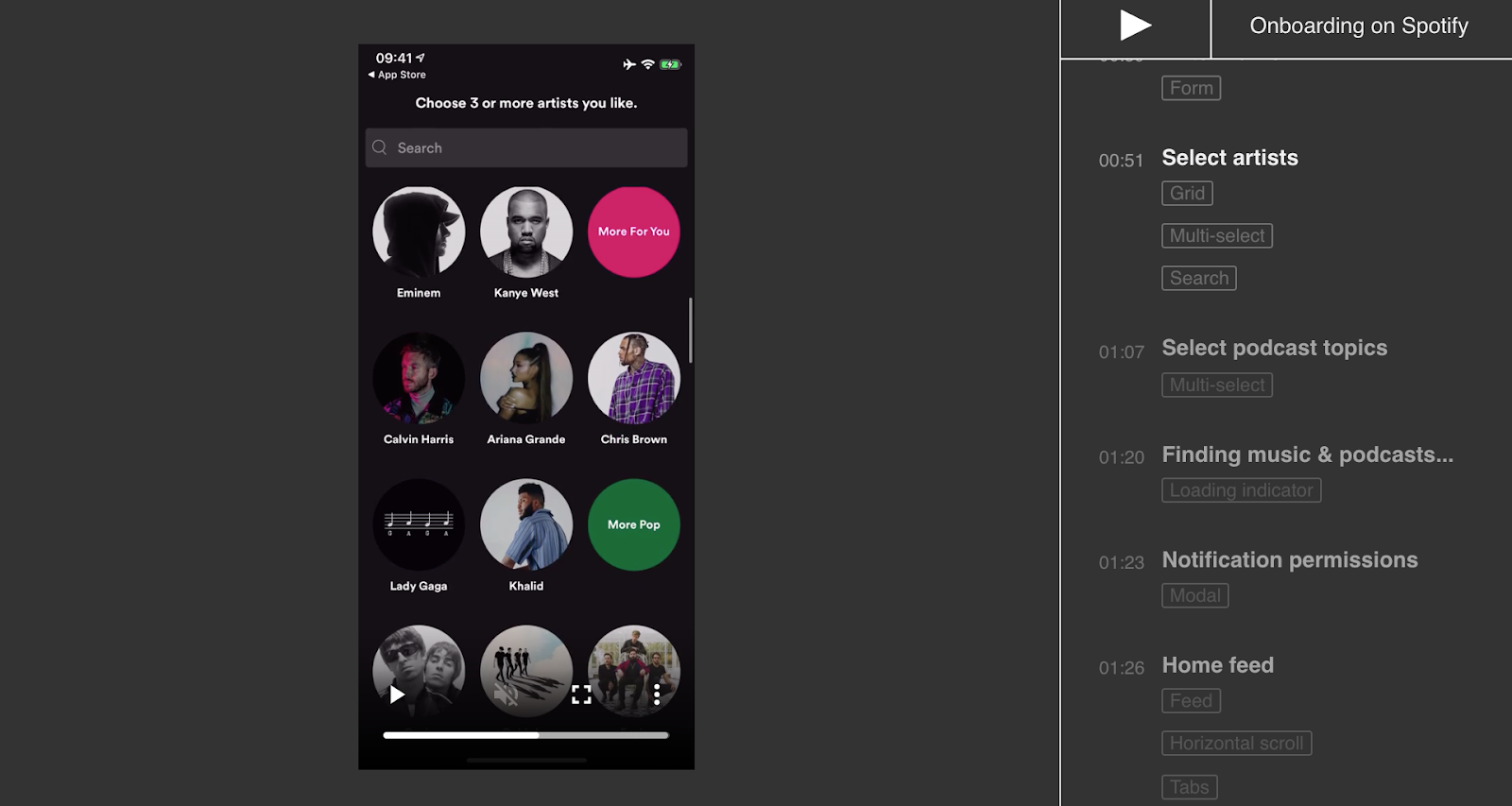 That’s where the idea for Page Flows was born. Instead of a library of aspirational designs, it would be a library of videos of popular products in use. When designers are stuck on a design problem, they use Page Flows to see how other companies solve them.

Other than the initial conversations with UI Movement subscribers, I did no validation. My approach was to launch quickly and see how the market reacts. If people weren’t interested, I’d move on.

I built Page Flows with Django, HTML, CSS, and jQuery. It was a super simple setup. Recording the user flow videos was the time consuming & tedious part. I use an app called Monosnap to record web-based products on my MacBook. For iOS apps, I connect my iPhone to the MacBook and record the screen with QuickTime. After recording the videos, I upload them to the site, then annotate them & take screenshots using a simple tool I built. The site launched with ~100 videos and now has over 1,000.

My process for recording & adding the videos hasn’t changed apart from a few minor tweaks. I briefly outsourced the video recording & annotation, but soon learned that it wasn’t going to work without well-documented processes in place. I'll attempt to outsource again at some point.

I used Stripe to handle payments and set a price of $14 per month. 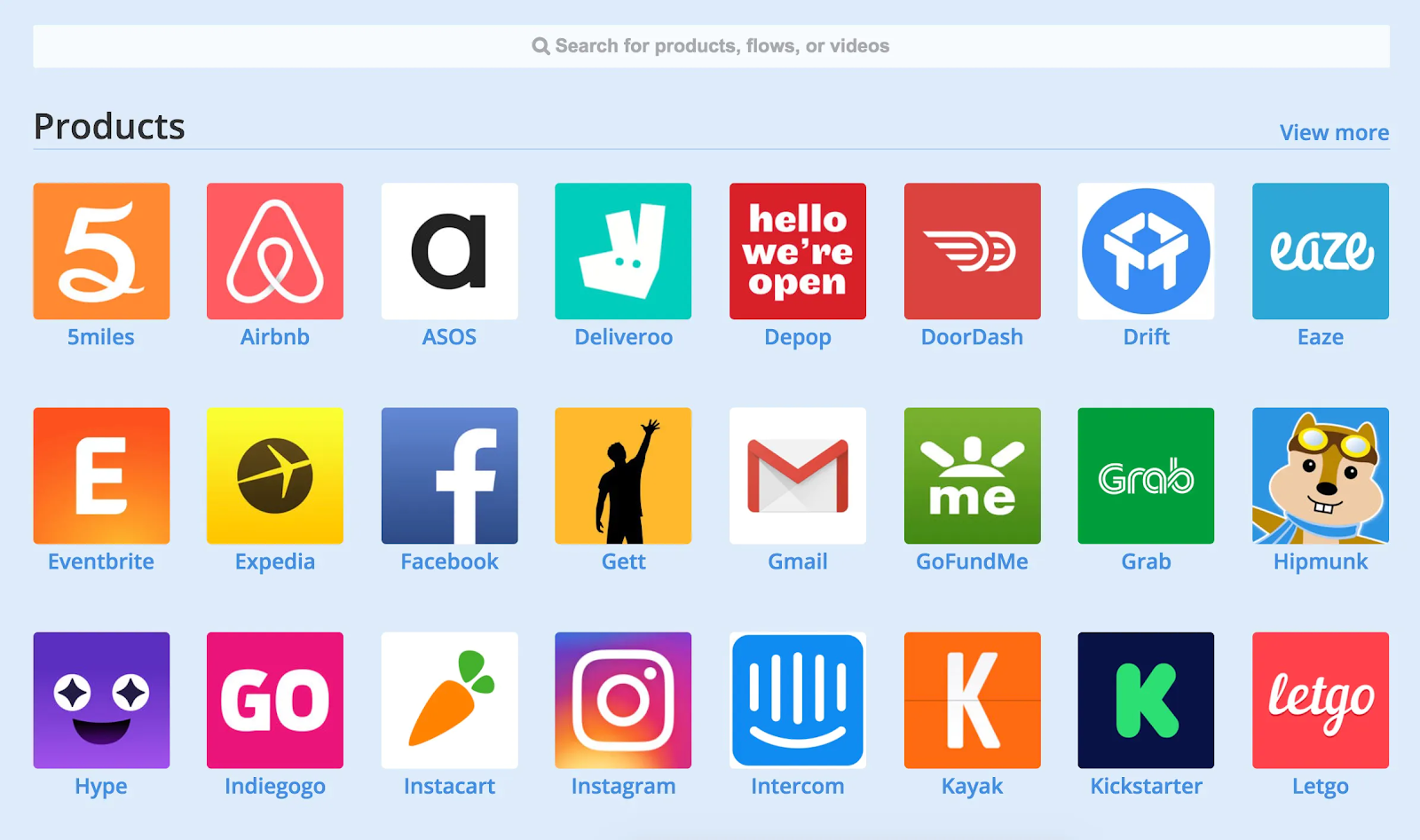 I was convinced that no one would pay that much, but the common advice at the time was to charge slightly more than what you think the product is worth. Overall, it took about a month to get the site ready to launch.

Initially, I started getting the site in front of potential customers by promoting it on the UI Movement newsletter. Other than that, my launch plan, if it can be called that, was getting Page Flows featured on Product Hunt.

The Product Hunt post went reasonably well in terms of upvotes and traffic, but none of that converted into customers. It was a failure.

A few weeks later when there was only one paying customer, I decided it was time to move on. I refunded the customer and made all of the user flow videos free for anyone to access.

After about a year, I noticed in Google Analytics that the videos were getting a decent amount of traffic. Nothing massive, but enough to show that people were interested. I thought I’d try my luck by reintroducing a paywall. This time, I would charge a small one-off fee instead of a monthly subscription. I whipped up a quick landing page with a fake payment form and waited to see if people would try to pay. To my surprise, a handful did. That was all the validation I needed.

I built a proper payment form using Stripe, re-started the process of adding user flow videos to the site, and I was off to the races. Maybe if I didn’t give up on Page Flows so quickly, I would have reached profitability sooner.

UI Movement has been a key driver of traffic since the beginning. With such a similar audience, it only makes sense to promote Page Flows there.

Launching multiple times has also been helpful. Various iterations of Page Flows have been launched on Product Hunt, with each leading to a nice boost in traffic and more mentions in design communities & blogs. 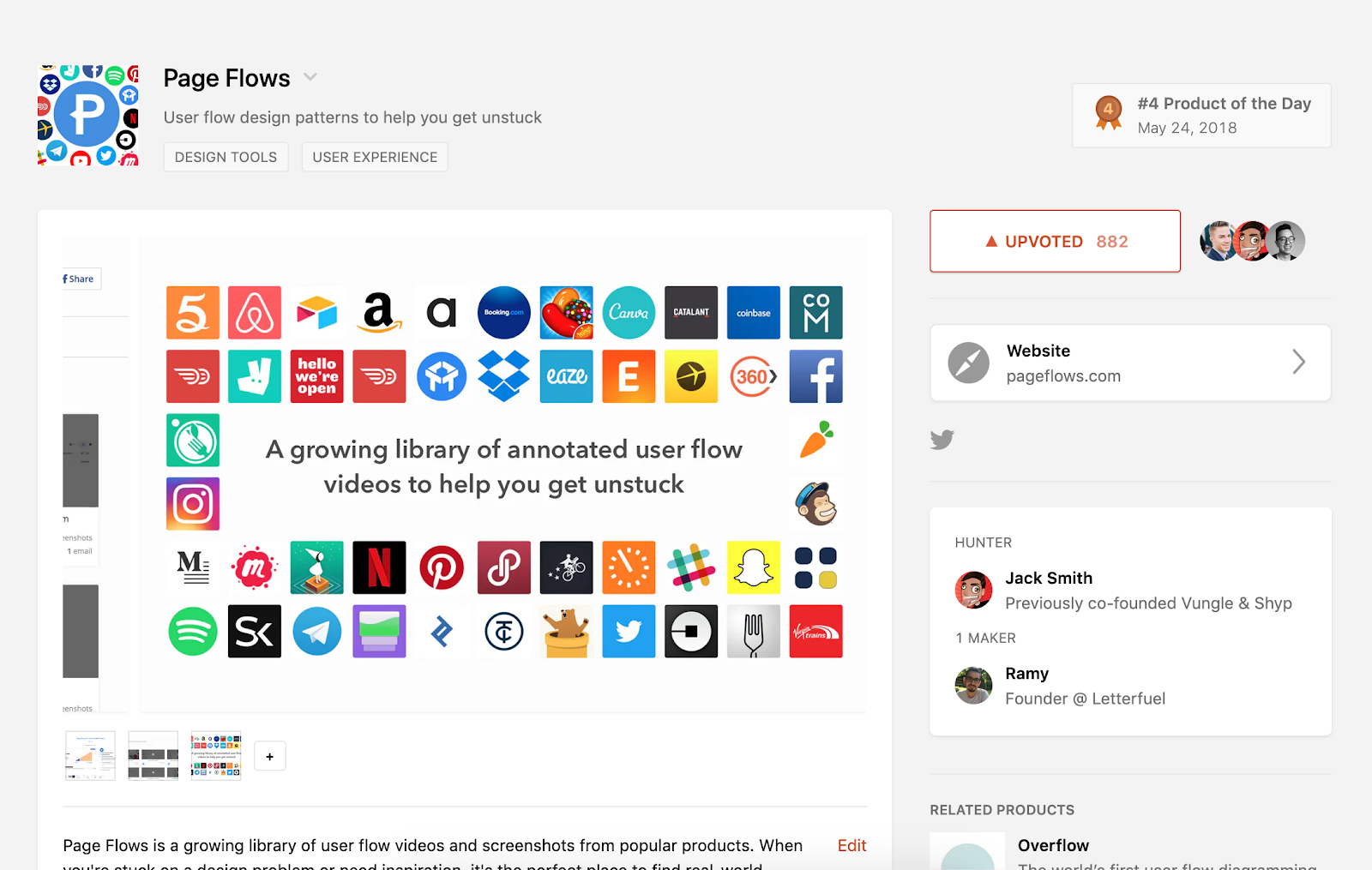 Other than that, SEO has gradually become more important. People discover Page Flows by searching for very specific user flows, but better-known brands (especially if they're known for being well designed) tend to drive more traffic. E.g. Slack, Dropbox, Spotify such as Onboarding on Monzo. All of these long-tail keyword searches add up. I didn’t initially put much thought into SEO, but I now research which products are likely to drive traffic before deciding which user flow recordings to add next.

I’ve started to experiment with blogging, but that hasn’t moved the needle yet. I’ll be testing out Facebook and LinkedIn ads later this year.

Growth has been slow and steady, which can be demotivating, but I’m generally happy with how things are going because I didn’t expect the business to get this far.

Page Flows makes between $4,000 and $5,500 most months and the margins are pretty great. My main focus going forward is to continue adding videos to the library. This both helps ensure current customers are happy and brings in new customers through SEO.

Although Page Flows is my main source of income, I spend a reasonable amount of time searching for my next opportunity. I’m currently in the process of building and launching 6 products in 6 months.

Ranking in Google for long-tail keywords has been super valuable for Page Flows. It’s a strategy that takes time, but if your business involves creating content, it’s totally worth researching what long-tail keywords are relevant, high intent, and easy to rank for.

I read a book called The Mom Test last year and it blew my mind. It helped me realize why I’ve always struggled with customer development. If you’re planning on interviewing customers and haven’t read this book yet, you really should.

Indie Hackers has been great for learning from other founders who are building independent tech businesses. Their Podcast is one of my favorites.

Startups for the rest of us is also a great Podcast.

My biggest recent realization is that it’s important to carefully consider which advice to follow. We all have different goals, so it’s important to focus only on the advice that aligns with your goals. For example, following advice for founders building VC-backed startups might lead you astray if you’re trying to bootstrap a lifestyle business.

With that being said, the advice I always need to remind myself of is to start small and ship quickly. It’s super cliché, but too many of us make the mistake of spending months working on a product before getting it in front of users.

If you’re a solo founder, I also highly recommend joining a mastermind group. I and two other founders get on a call every Monday to talk about what we worked on, what we plan to do, and what we need help with. Having a group of likeminded people to keep me accountable has been massively helpful.

Join 11,337 founders getting exclusive case studies every Tuesday and Friday.