Andy Hnilo is an American entrepreneur. Andy started Alitura Naturals in 2014 and is based in Los Angeles, CA.[1] 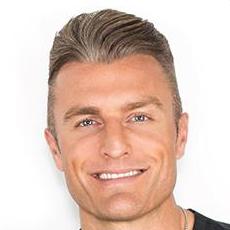 Andy started Alitura Naturals in 2014. They detail the beginnings of their company in their Starter Story interview: [1]

Q: How did you get started on Alitura Naturals?

Prior to my accident I had made a living based upon my appearance (modeling & acting) and the execution of demanding physical tasks as a Division 1 athlete (baseball). Essentially, I was 30 years old, broke, pursuing a career in the entertainment industry that flat out was unfulfilling to me and working night time jobs to help pay the bills. But I had this feeling that there was something more for me out there.

Everything changed when life rocked me right into my purpose in March of 2011: I was attempting to cross a busy street in Los Angeles, California, when I was blindsided by a westbound headed Land Rover that hit me into the eastbound lane where I consequently was run over another time by a Toyota Tundra. Unconscious, I lay in the middle of the street where first responders began cutting off all of my clothes in an effort to get me on the stretcher and to the emergency room at Cedars Sinai Hospital as soon as they could. Dazed on morphine, I woke up in an ICU bed completely unaware of what had happened. I had two friends of mine in the room with me that quickly explained the severity of the situation and words cannot describe that feeling. I had 7 broken ribs, a collapsed lung, chest tube inserted to drain fluid and one of the worst compound fractures that the resident maxillofacial surgeon at Cedars Sinai had ever seen.

BUT… I was alive. Driven and determined to get back on my feet quickly and in better shape than I was before the accident, I cannot describe the daily motivation that was ignited to accomplish just that. That accident rocked me right into my purpose. Period. Unimpressed with the products that my Doctor’s recommended me to use to heal my abrasions and scars, I began researching organic ingredients from nature to accelerate my scar healing. I truly believed my body was going to respond best to an all natural, holistic ‘meal’ of nutrient dense, mineral rich ingredients from the earth.