Hi. My name is James Chan, and I’m a 12-year old second-generation magician and juggler. I specialize in magic and juggling family events. Since my business had pivoted to a virtual platform, I can now perform for audiences around the globe. My customers include boy scout troops, PTA’s, companies who host take your kids to work days, and organizations planning celebrations.

At age 5, I was juggling 3 balls, at age 8, I was juggling three flaming torches, and by age 10 I was picking pockets. My credits include winning the International Brotherhood of Magician's first-ever Zoom magic competition and even beating out many magicians twice my age, appearing on ABC7 News, national television with Tiffany Haddish, and Access Daily with Penn & Teller. I will also be featured in the upcoming Netflix feature ‘ME TIME’ starring Kevin Hart, Mark Wahlberg & Regina Hall, directed and written by John Hamburg. 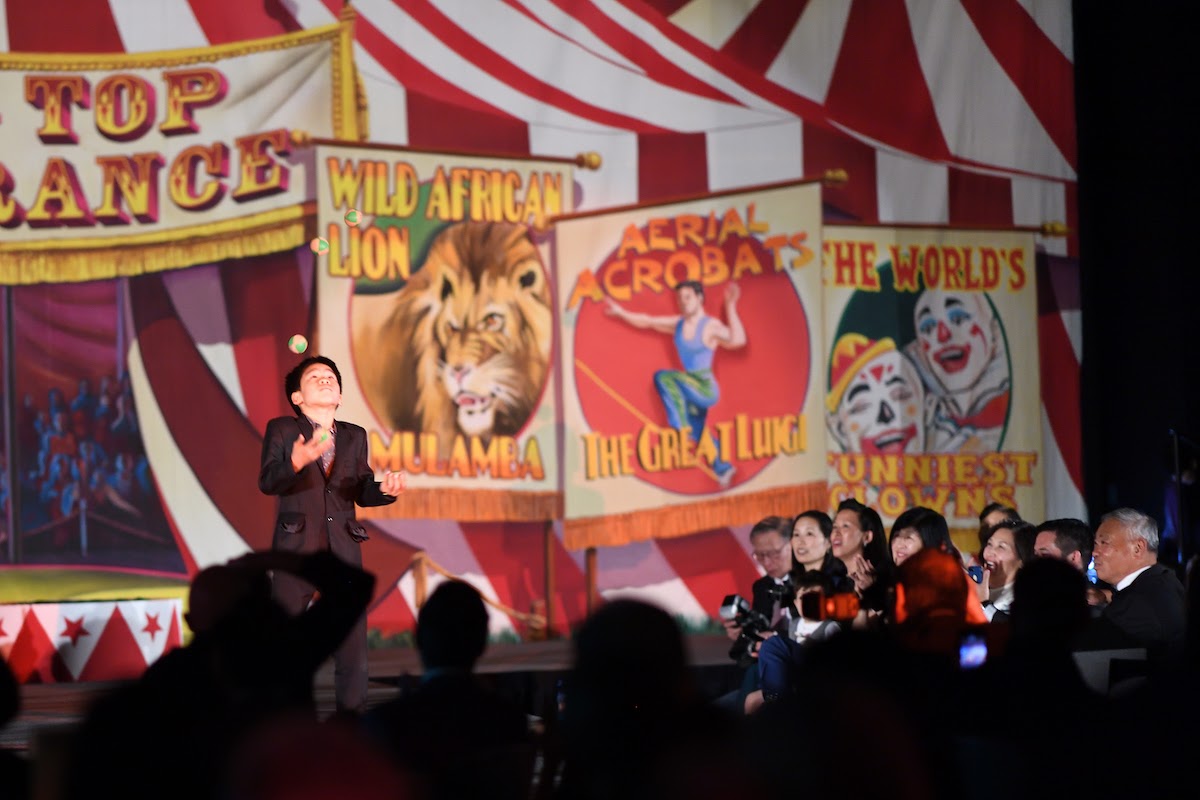 My dad actually came up with the idea. Before I was born, he had a vision, he wanted me to perform with him. So at a young age by following him to shows and handing him props. At age 4, I started learning how to juggle. He kinda forced me to learn juggling and magic.

Negative feedback should not be ignored, but rather treasured, as many polite people don’t have the guts to criticize work.

When I turned 6 when my dad took me out street performing. I started juggling on the street, and people started tipping me. I made $120 in 2 hours. This was a defining moment, as I stopped arguing with him, I learned the value of a dollar & hard work.

When I turned 7, I started performing at events more, along with expanding my repertoire to include more magic. This helped me raise my rates, and by age 8 or 9 I could do performances on my own.

Today, I can do a full 40-minute show by myself. I feel confident charging a minimum of $150 per hour, most of which goes into my college fund. The rest is reinvested into my craft so I can continue to deliver more value to my clients.

Fortunately, I grew up with a dad for a magician, so I grew up in the family business. I started by going to shows with mom and dad, and I learned from watching. I started at $10 as a small add on an add on to my dad’s act then started charging more and more, $25, then $50, as I grew more confident in my skills, the fees increased from $100 to even $750 for a show. I repackaged myself as a one-man show. It was here I realized that my current system wasn’t very good.

My dad brought me to train with some of the world’s best variety acts guys like Dan Holzman of the Raspyni brothers, and Matt Hall - these guys were the most successful jugglers in the industry. I also went to lectures from the biggest names in the magic industry.

Currently, I do an annual SWOT analysis. I study many of the other magicians in the marketplace by seeing their acts. But then I create my own routines based on my character. It’s been said people can take your routines but they can’t take your character.

My business launched when I was in my mom’s womb. My mom jokes she was performing 7 to 8 months into the pregnancy. She was performing into October and I was born in December. So I pretty much grew up in a performing family.

Financing the business was from the money I earned! We invested in durable effects. A lot of the money I made went into my college fund.

In the past we’ve used CRM’s for connecting with existing customers, I interact with their social media pages by following them and clicking like on their post. Clients typically use their credit cards and we charge their cards with Square. Square has a marketing CRM built right into their system.

I’m often making $200-250 per show. We’re looking to scale our reach. Besides YouTube, shorter social posts we’re looking to get in front of a larger audience, so I’m looking into doing more documentaries and even thinking of unscripted reality.

I don’t think we have enough drama, but I do think many people are interested in the business behind the magic, and that’s something we’re comfortable with exposing.

Yes. The first would be to learn how to put up with partners you may not like at first. In my case, I didn’t like performing with my dad too much. But we stuck together, and thanks to his knowledge, I can make more than a hundred dollars in a single show.

Another would be to learn to listen to feedback, as that is the only way you will improve.

I use Square to process credit cards, Godaddy for web hosting, Google Ads, and Facebook ads for advertising, and social platforms like LinkedIn to pitch media and businesses.

Unfortunately, many of the most influential books, DVDs, and podcasts I learned from containing secrets that the magic community would like to be hidden.

My first tip would be to find a mentor/s, in my case my dad. You will want to create strong relationships with those who are successful in your industry and other industries. This does not mean simply following them on social media. Talk with them, and show you truly want to be friends.

Negative feedback should not be ignored, but rather treasured, as many polite people don’t have the guts to criticize work. This means all the problems they have with a product are hidden, and they’ll be less likely to buy a similar product from you.

Yes! If you want a side hustle you can do in your free time, we are always looking for more entertainers. We can train you to perform a setlist of magic tricks, so long as you don’t reveal the tricks of the trade. We may ask you to sign a non-disclosure agreement. Following current guidelines, you may do virtual events for birthday parties, corporate events, etc. This job is part-time, and you’ll be paid as an independent contractor.

Join 106,805 starters building the business of their dreams.
Free