Join our community of successful founders, get help & ask questions
Start your business with our step-by-step how to guides
Grow your business with the best case studies on the internet
Explore new ideas - filter and search through our database of 950+ case studies
Get exclusive access to our case studies and members-only data about successful businesses
Listen on the go - get the audio versions of our interviews
$5k+ in deals on software
Support our site and help us inspire millions more entrepreneurs
To read this exclusive story, join Starter Story Premium! 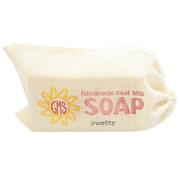 I’m PJ Jonas of Goat Milk Stuff. We seek to honor Jesus in all that we do and that plays a big role in our family and our business. Our children (all eight of them) are homeschooled and taught "everything is a God issue" — including making and selling goat milk soap.

We believe these values come through in the goodness of our products and the excellence of our customer service. 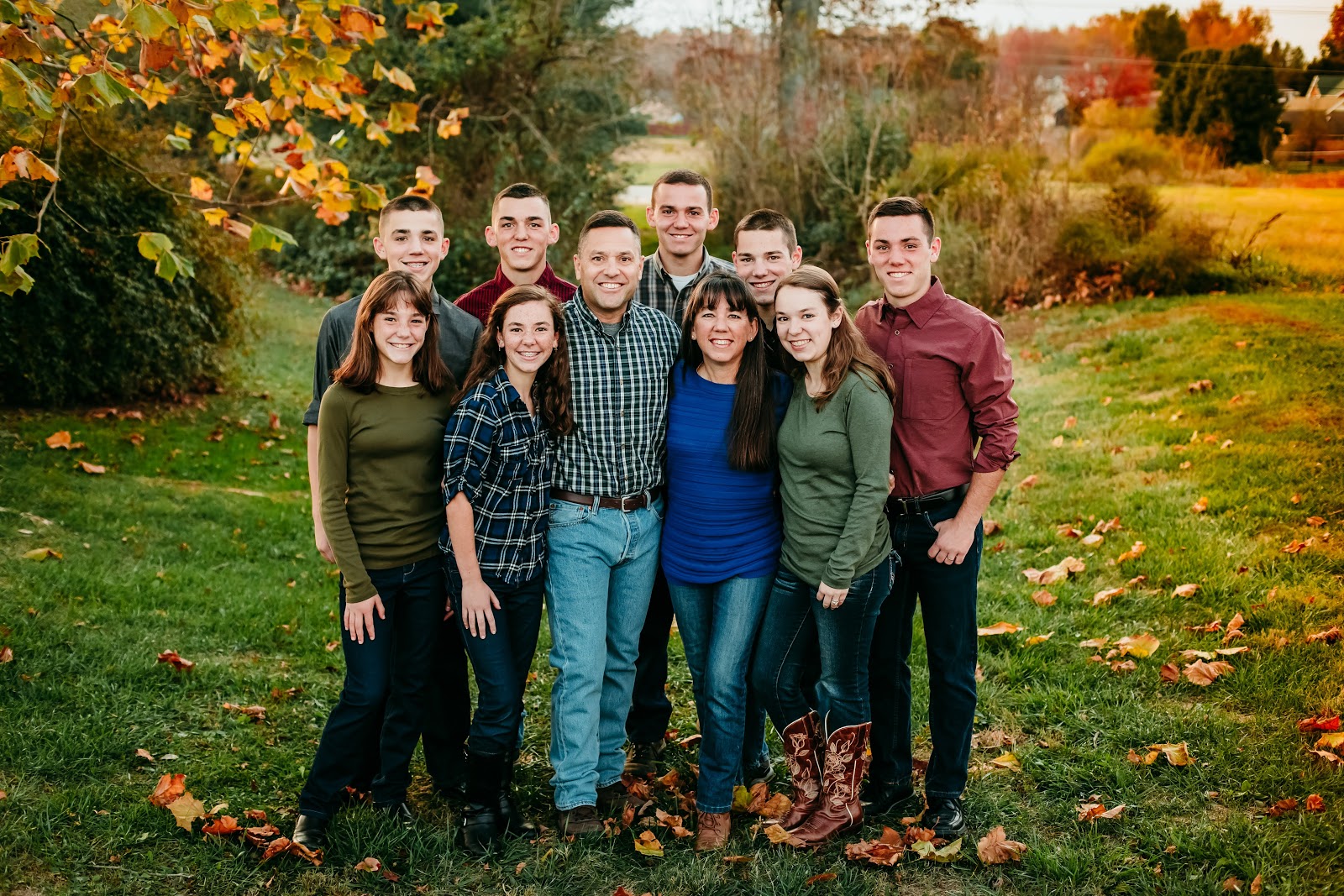 Our adventures into soapmaking originated in 2005 out of my desire to not use chemicals on the children’s skin. I had all the children in the bathtub one day, just letting them splash around when I picked up the baby wash I had always used and looked at the ingredient list. I was shocked to discover that it was full of both petroleum based chemicals and other chemicals I couldn't even recognize. I couldn't believe that I had trusted my children's skin to this company and their baby wash. 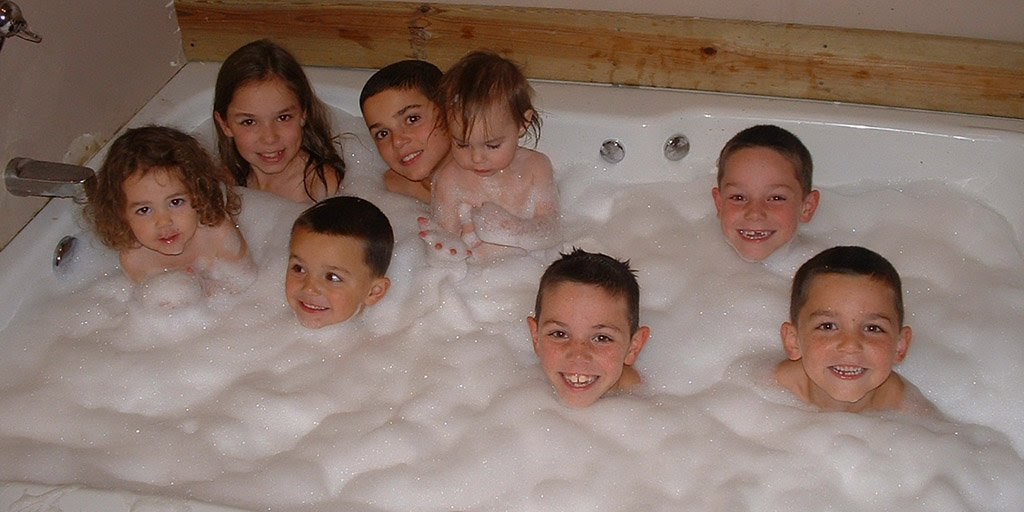 I had spent years trying to make sure the children were eating healthy food and I was upset with myself that I'd never before considered what I was using on their skin. I knew that the skin is the largest organ in the body and I decided right then and there that I was going to learn how to make soap with only ingredients that I could trust.

With each struggle we overcome, we are continuing to build on the strong foundation that has been laid.

So I started doing some research and found some soap recipes that used water. I had the dairy goats and knew how good the raw goat milk was to drink, so I decided to put the goat milk into the soap instead of water and see what happened.

After making my first batch of goat milk soap, I put a bar into the shower. Jim's fingers soon stopped cracking and splitting. Since this was a problem he had suffered with for years, I knew I had something special. But I wasn't yet ready to turn it into a business, so I set about perfecting my soapmaking and spent the next two years or so creating the "most perfect" bar of goat milk soap I could.

In January 2008, we filled up our Sprinter (large 12 passenger vehicle) with diesel. Only it turned out that there was gasoline in the diesel pump and it did $9000 worth of damage to the engine. As a large family (ten of us) living on one income, that was an enormous hit to our budget. I decided that we would make some extra soap and sell it so that we could relieve some of the financial pressure on Jim. 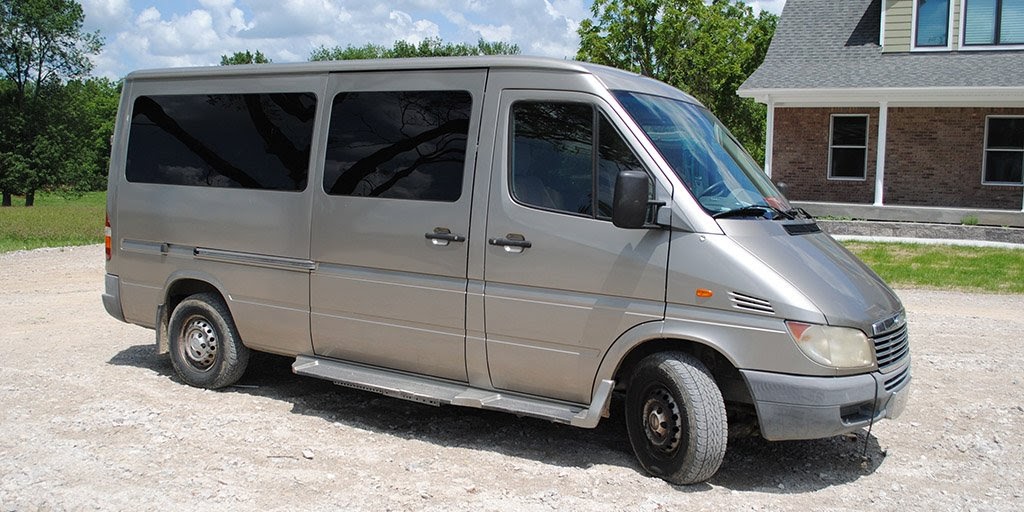 I had no idea what was going to happen next.

This was 2008 and there weren't any of the easy ecommerce building sites that are available today. So in the midst of homeschooling, homesteading, and making soap, I taught myself to code and put up the first ever Goat Milk Stuff website. In hindsight, it was kinda pathetic, but I was so proud of that website.

So we had a website and we had awesome soap. But that wasn't enough. We had to make people aware of our awesome goat milk soap. So the children and I started carrying it with us and and telling everybody we met (at the grocery store, the doctor's office, wherever!) about our soap.

We sold some, but it still wasn't much and nobody was visiting the website.

Then we decided to sell our soap at the local Apple Festival. We bought a tent and put together a pathetic display (we really had no clue what we were doing) and set out to sell some soap.

We did manage to sell some bars at the festival, but more importantly we gave out free goat milk soap samples with our business card. 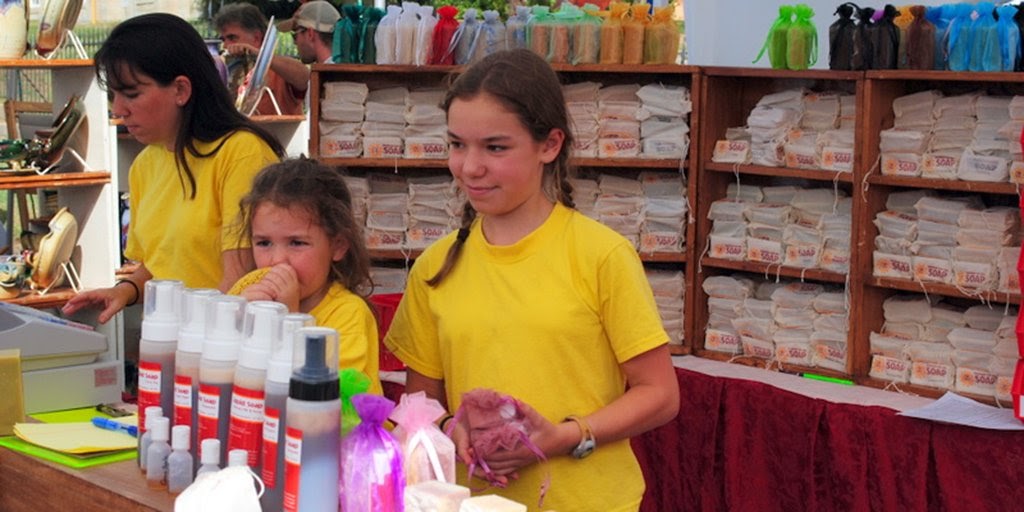 And that was when we started to see answers to all the prayers we had been making.

The weeks following the Apple Festival were full of customers contacting us. It seems there was this skin condition called eczema. I'd never dealt with eczema before, but I started hearing the stories of the misery it caused. I heard from Moms who had to tape gloves to their toddlers hands to keep them from scratching to the point they were bleeding. And of other moms who were putting their babies on steroids or giving them bleach baths to try to relieve their symptoms.

And the most amazing thing was happening - our soap was relieving their eczema symptoms.

Now, you have to remember that I didn't make the goat milk soap for eczema. I made it so my family wouldn't have to deal with chemical ingredients that were unhealthy for our bodies. But I was praying that God would help us sell our soap to people who really needed it and would be benefited by it. And He answered that prayer in a mighty way.

That little Apple Festival in October 2008 was what launched the success of Goat Milk Stuff. In 2009 we did 30 festivals and in 2010 we did 50 festivals. To do that many, we had multiple selling sets and we would be at several locations on the same day while still managing to come back to the farm to milk twice a day.

A lot of publicity quickly followed.

In 2009 we did our first television appearance with our local ABC news station.

After that, we outgrew my homemade website and had a new logo and website designed and implemented.

In the summer of 2010 our story was on the Today Show.

We were in the January 2012 edition of O, the Oprah magazine. We were on the television show, "The Doctors" in Autumn of 2012.

And we were on the The Huckabee Show in Summer of 2014.

While we still do a lot of local television, radio, podcast, newspaper, and magazine stories, at this point, the farm has grown to the point where we are needed here and don't do as much traveling for publicity.

You see, from the very beginning, the children have always said that they want to work at Goat Milk Stuff when they are adults. But they're children, so I didn't really believe them and figured it was just because Goat Milk Stuff was their comfort zone and what they knew.

But the children aren't little anymore. And they are still so enthusiastic about Goat Milk Stuff that so far they all want to continue to work on the farm as adults.

In 2015 we made a huge change in strategy. Up to this point, Goat Milk Stuff was primarily a goat milk soap internet company which was perfect for our family when the children were all little. But that wasn't going to be enough if all eight of the children wanted to work on the farm as adults and support their own families.

In order to make Goat Milk Stuff a viable option for them as adults we knew we'd have to expand (so the children wouldn't be tripping over each other) and in 2015 we made the decision to become a "Destination" and allow people to come and experience our lives here on the farm.

A big part of this strategic change was to expand into goat milk food items. So after much prayer, in 2015 we became the first and only Grade A goat dairy in the state of Indiana.

We had always planned to make more than just goat milk soap. That's why we named the business Goat Milk Stuff - because we wanted to make lots of different stuff from goat milk to help convince people of the goodness of goat milk. But our goat milk soap helped so many people and grew so quickly, we spent the first years in business focusing solely on goat milk soap and bath & body products because it was all we could do to keep up with it!

We still have lots of struggles, but I know that with each struggle we overcome, we are continuing to build on the strong foundation that has been laid.

We all agree that getting to work together as a family (despite occasional squabbles) is the best part of Goat Milk Stuff. And we do work hard. From the initial milking of the goats to the final bagging of the soap, each member of our family participates in producing our handmade goat milk soaps and all the other goat milk products we make.

Goat Milk Stuff allows us to not only work together but is a great vehicle to teach our family what we feel is important. Knowing that we are providing people with a product that is healthy for their skin and may relieve many of their skin issues keeps us enthusiastic about what we do.

We truly feel that we are beyond blessed to be able to run Goat Milk Stuff in a way that honors Jesus, supports our family, and blesses our customers.

We use Shopify to manage all of the orders, inventory, and any other website information. We use Drip as our eCRM, Privy for onsite popups, and Later to schedule out some of our social media campaigns. We utilize Shipping Easy for shipping out customer orders through the USPS.

You can find us online at the following links:

Interested in starting your own business? Join our community of founders!

You might also like:
20 Inspiring Small Business Ideas Earning At Le...
Pat Walls
The 30 Most Influential Books Recommended By Pr...
Pat Walls
7 Tips for Designing and Prototyping a Product
Pat Walls