Hubspot
Discover what books Robert reccommends to grow your business!

The Goal: A Process of Ongoing Improvement Eliyahu M. Goldratt

The Innovator's Dilemma: The Revolutionary Book That Will... Clayton M. Christensen

The Four Steps to the Epiphany Steve Blank
Listen to the audio version of this story!
Thank you Klaviyo for sponsoring Starter Story ❤️
Want to grow your business? Join the 30,000 businesses using

My name is Robert Morris. I founded TerrAvion in 2013 together with Cornell Wright.

TerrAvion is an image delivery service for agriculture. Our core service is called OverView, which delivers subscription imagery, overnight, throughout the growing season. The images allow growers to have a real up-to-date picture of all of their fields as well as synthetic maps and analysis.

Our service works by TerrAvion contracting with flight providers, flying small planes, to operate a sensor that TerrAvion designs and integrates. TerrAvion plans and monitors the routes to ensure quality delivery. Our company’s technology is mostly around how to manage and process millions of acres a day, overnight, at a very low cost. We deliver our service first and foremost through our API (application programming interface–an endpoint for computers to talk to each other). Our web and mobile software, as well as partner software, call this API to deliver maps and images to the client.

We view our job as abstracting away all the complexity and delivering maps that are ready to use so that growers can spend more time applying their expertise, more powerfully, and over a larger area. Below is a screenshot of our interface with fields shown in our vigor image data layers.

I have always had a great interest in robotics. As a former U.S. Army officer, I led the first RQ-7B "Shadow" drone platoon in Afghanistan. After the Army, I consulted for Deloitte Consulting, where I organized the U.S. Navy's first Unmanned Surface Vehicle Community of Interest. One day I was talking to a friend who mentioned that agriculture could not see what was going on in the field as the only vision came from satellite data.

We even out-executed a competitor that Steve Blank was personally advising, by actually following his advice.

Satellite data has vast limitations amongst others due to the lack of data resolution and timeliness. Based on my experience, I realized that drones were not the solution either, so I looked into fixed-wing aircraft as a possibility to capture image data and making the field visible for farmers.

Cornell (TerrAvion’s technical co-founder) and I spent months researching the market and had a hypothesis about the product and business model that the agriculture industry required. We took a powerpoint to the big trade show we were targeting and got people to agree that if we could build the system, they would sign up for the service.

Cornell and I borrowed the equipment to do a validation flight from a supplier called Uniforce (still around today) and rented a plane from a retired Air Force Colonel to collect some data. We proved that the system *could* work with an engineer hovering over it, and with that signed our first customers in 2013. The system was a Frankenstein of off the shelf imaging and positioning technologies, driven by Linux computer, running the code that allowed us to get enough data to take pictures and turn them into high-quality maps that measured chlorophyll density, transpiration, and made awesome color maps--similar to Google. It is not common knowledge, but that highest zoom level on Google or Bing is actually captured by aircraft, even though they call it “Satellite” for marketing purposes. Our system was similar to Google or Bing aerial system but allowed us to see extra data bands that are important to agriculture and process the data overnight instead of several months.

Since then, we’ve been scaling the business to get it to the point where it is a sustainable and rapidly growing “pixel utility.” Now all of our flights are pilot solo flights and take place on two continents almost every day of the year. 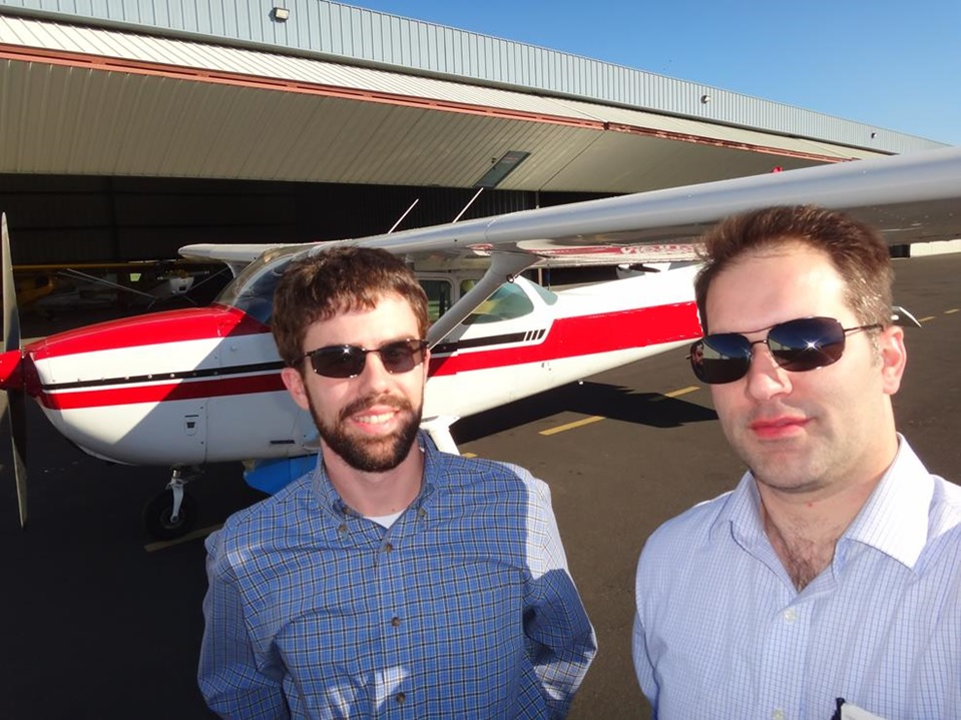 The best thing for us has been to work with partners. Many people, especially when we were starting, had this idea that they were going to build the be-all and end-all piece of ag software, sold directly, and they would disrupt the current ag system. This is not our approach.

Our approach has been to recognize that we are quite literally the best in the world at one thing: collecting ag imagery efficiently, reliably, and at scale. Then there are APIs and apps to make any fantasy anyone has about using imagery a reality.

Our attitude of sticking to the one thing we do best, invest in it, improve it, and widen our lead over everyone in the space has given us unprecedented access to the agricultural distribution channel. We work with most of the major ag retailers, 100+ smaller distributors, and all of the multi-national ag input majors. This is a beginning, and we have a long way to go, but working with and helping the people who are currently in the system has been tremendously beneficial to us.

We are nearly profitable in 2019 and are forecasting being “Amazon profitable” or sustained reinvestment in growth from operating activities in 2020. This is important because we are fundamentally a utility for collecting pictures and maps, on which other people and organizations build. It is driven by the continued growth of our partner sales, especially input, ag retail, and analytics partners. We had to sell direct to growers to get started, but we’re less than 2% direct now--and basically only sell direct where we’re trying to embarrass our channel partners into better behavior.

Both in 2020 and the long term, we are embarking on a path to make our infrastructure more open and fill out a team that can support our partners from the farm to corporate HQ or the global R&D center. This open infrastructure is going to be amazing because it will allow high-end computing on the edge with better and better sensors (some of which we are already flying) so our partners will be able to do more and more unique things.

I learned about sales, sales, and sales. I wish I had known more, it is a weird and tough discipline. Seductively simple, but actually harder to manage than most of the black and white engineering, product, operations complexity, because there is so little control by management over a sales team and a sales team over their customers, people are hard to predict, but people are the only thing that matters.

You will never be having more fun than when you control your own destiny and have the freedom that you have starting out.

Beyond platitudes, somebody who has actually set-up a sales process (not run, not worked in, set-up) is key or you have to figure out how to do this the hard way, which you can do, but it takes a long time and time is the enemy of start-ups.

We even out-executed a competitor that Steve Blank was personally advising, by actually following his advice.

We run our operations on essentially 100% custom-built software on common open source tools in the public cloud. Our customer-facing side has centered on Hubspot as a total external communication backbone, one of the best decisions we’ve made recently.

Also, not discussed enough, but working with a PEO has allowed us to field a team where our customers live and work and be able to offer benefits.

I’m a big fan of the books. As an operations-focused company in a new market, The Goal and Clayton Christensen’s Innovator’s series have been particularly informative to our thinking. Also a big fan of Steve Blank’s Four Steps to the Epiphany.

Christensen’s books deal with figuring out the game theory of your product, it is a shockingly accurate description and uncanny in its predictive power about the behavior of competitors.

Finally, Steve Blank talks about what you need to do at each stage of the company building, his books are so good we even out-executed a competitor that he was personally advising, by actually following his advice.

My biggest advice is to not raise money if you can do without. I’d even consider changing ideas or markets until you can find a business you can bootstrap. You will never be having more fun than when you control your own destiny and have the freedom that you have starting out.

Also, we thought we could bootstrap TerrAvion--we were wrong about that--but having the discipline to even try has made us a much better and stronger company. Ultimately, all businesses must work on a cash basis--the earlier you can get started on that, the stronger position you’ll be in and the more control and less stress you’ll have.

We are currently hiring for several full-time positions, including for an Accountant, Customer Support Team Leader, Operations, District Sales/Territory Managers.

You might also like:
How To Come Up With An Idea For Your Business
Starter Story
Designing and Prototyping A Product
Starter Story
52 Business Ideas You Can Start With Little Cap...
Samantha Walls
Become a premium member to get full access.
Explore new ideas - get full access to our database of 1,300+ case studies
Start your business with our step-by-step how to guides
Grow your business with the best case studies on the internet
Join our community of successful founders, get help & ask questions
Get exclusive access to our case studies and members-only data about successful businesses
Listen on the go - get the audio versions of our interviews
$5k+ in deals on software
Support our site and help us inspire millions more entrepreneurs
To read this exclusive story, join Starter Story Premium!
"A great community of founders that truly want to help each other grow their business."
"I found Starter Story a few months ago, and I fell in love with the case studies. Nobody goes into detail like this."
"Thank you for creating this. It's refreshing to see how real founders grow their business."