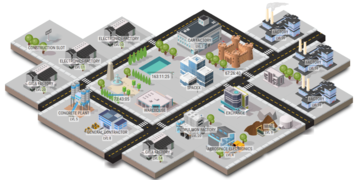 My name is Patrik Beck, I have a software engineering background, and I run an online simulation game called Sim Companies. At the moment, the game is enjoyed by over 70,000 monthly active users with 4.3 ratings, 100k+ downloads in the Play store. You can be an entrepreneur, build your business from the ground up, trade with other players, and exploit opportunities in the simulated economy.

Am I very lucky to receive support, financial and otherwise, from the player community which helps me to cover the server cost and have something extra to reinvest into the development? 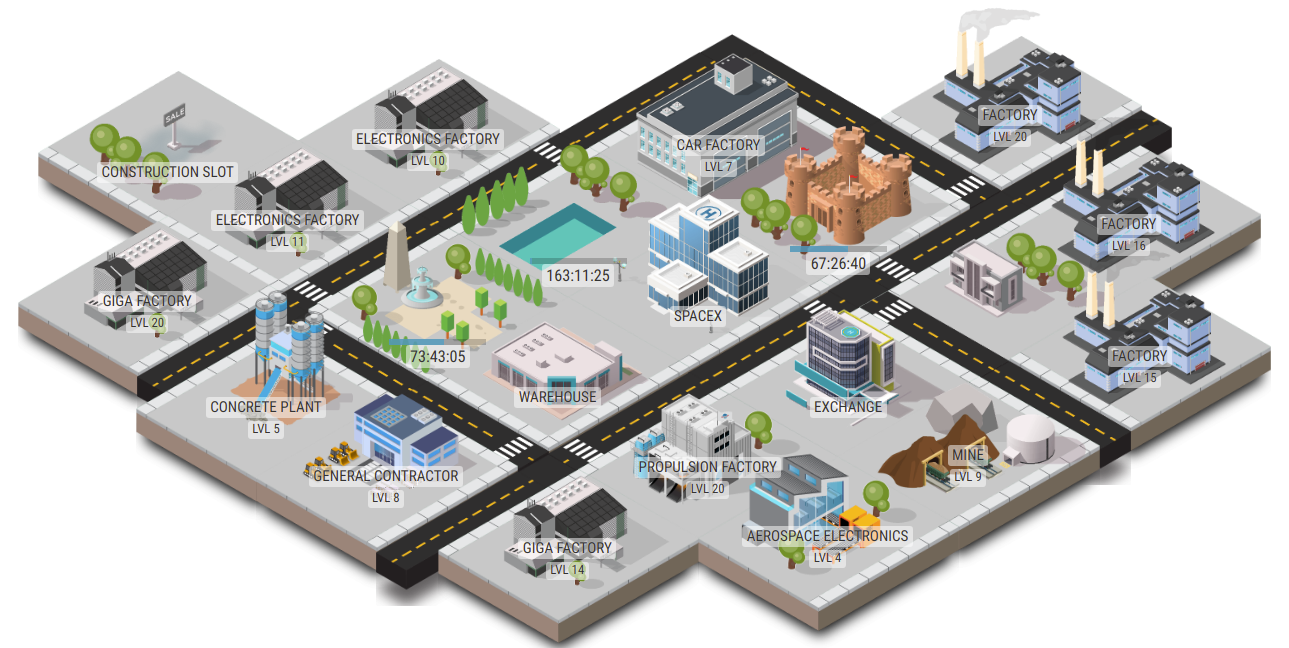 I was lucky to meet, and work for, the right people - who ran successful software startups. I was exposed to ideas like MVP, data-driven development, and their way of thinking. Even on my journey working on Sim Companies as the side project, I was able to consult with people more experienced than me. I am also lucky to possess the right engineering skill to be able to develop online platforms, thus allowing me to develop ideas without any budget.

Your time also has some value, if you can outsource something do it. Focus your time on tasks where you yourself can add value, try to outsource the rest.

I played a business simulation game back in the 90s and I was looking for a similar game online now, wanting to relive the experience. However, I was not able to find such a game so I decided to build it myself. I was pretty naive in estimating the complexity and what such a project would involve, so I jumped into it and built an MVP as an experiment. I was full time employed at the time and use my spare time to work on the game. Most of the skills I used in my employment, web development, were perfectly transferable.

As I am sure with many products, you are never the first one who had this idea, and it’s definitely worth doing some research. However, I have found surprisingly little research into what makes games “fun”. I was able to find a few presentations on taxonomy, naming mechanics, monetization strategies, and addictions. There were plenty of “stories” of successful game projects - but that’s a bit less valuable but inspirative.

I was very lazy to do the research, but I was part of a Mastermind group, other guys had different online projects and looked at mine a bit through the fingers, asking the right questions. I was “forced” to find the research backing me up, or change the strategy at times. This helped me a lot.

The initial product was designed around the game’s “core loop” which every game has, the barebone features, nothing fancy. The interface was very simple, you could also say ugly. I have paid a designer to come up with the logo, color scheme, and a few interface elements I then worked with. 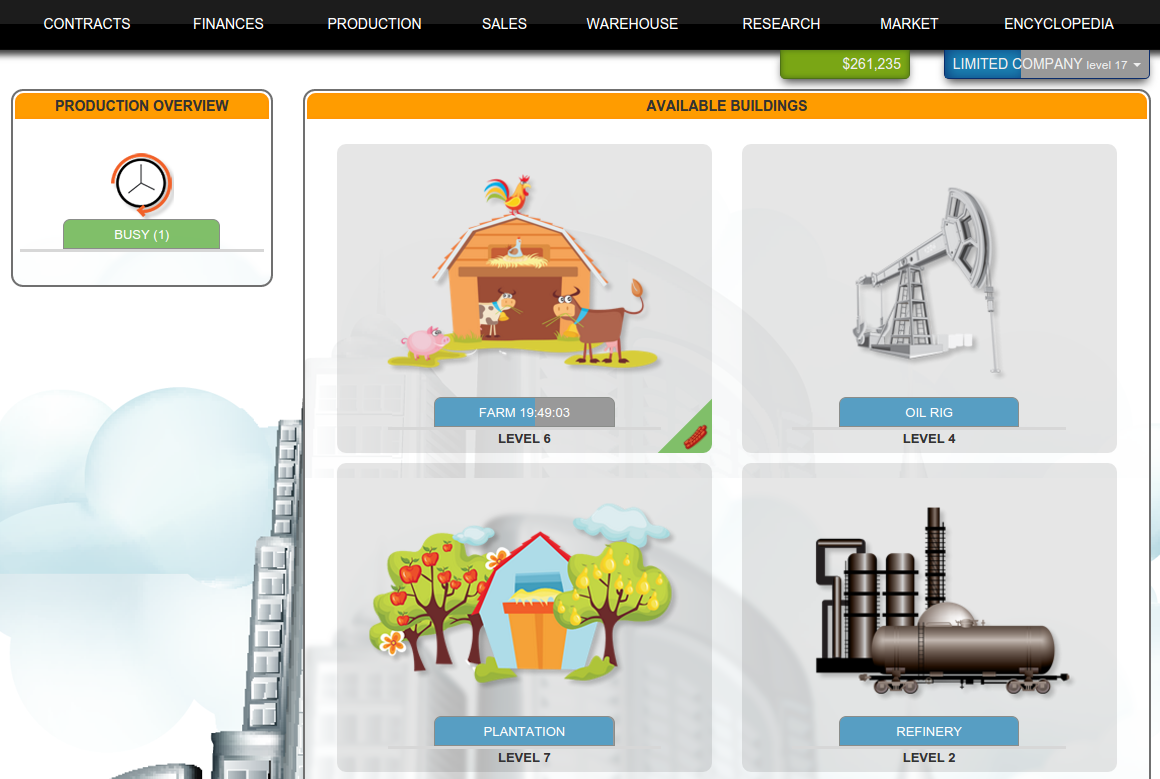 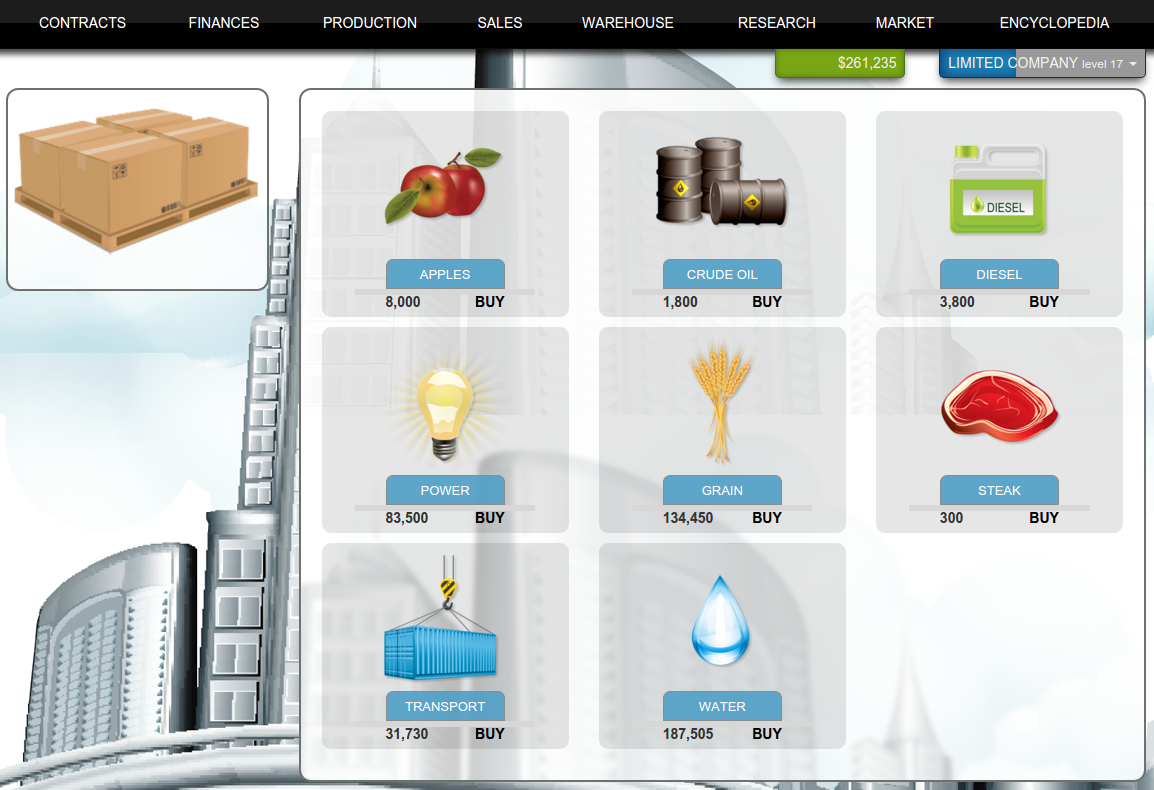 If I remember correctly, this took me about 3-4 months. I had the domain and social accounts registered at the beginning of 2016. I then spend about $200 on facebook and google ads to get some initial, test traffic in, and also to get a feel for how much it costs to get one player playing. It was about $10 per user, and out of the users I got, one layer for 2 weeks - this was actually surprising to me. I expected the game to be boring after 3-4 days, given what it was at that time.

After the first experiments not being too satisfying, I lost faith and I was sidetracked to try different side projects and Sim Companies stayed untouched until September of 2017. Suddenly, out of the blue, I started getting email notifications of players registering. What happened was that the SEO I invested in back in 2016 started paying off and google search started listing Sim Companies ever higher.

This fueled me up with a lot of energy to throw myself at the project. All the analytical measuring I put in to know exactly where players drop out in the registration process when they stop playing, etc. started to report useful data.

I started adding features, both to make the game interesting for a longer time period and to optimize onboarding. I had my task list split between onboarding and retention enhancing tasks and I aimed to split my time between them 50/50.

What I learned from others and try to apply: Do not trust your instincts, you hear an idea, think of how you can measure the success analytically, and implement it as an experiment in the easiest way possible. You can always improve it afterward.

The player base was steadily growing, as were the server costs. In late 2017 I implemented payment gateway integration and did a few experiments with monetization. Many players were even excited to see some form of monetization, as they were afraid the game was not sustainable otherwise and would cease to exist. Players, in general, are very supportive, they understood the game was a side-project they loved and were able to look past a few bugs here and there.

Once I had some revenue coming in and I was able to estimate LTV, life-time-value, or how much an average player spends while playing. It was time to look into serious advertising. The game has a niche audience which can be both blessing or a disaster - depending on whether you can target them.

In my particular case, google search ads, twitter and Reddit did not work at all. All of these were losing money. I had some basic idea of how targeting should be set up and I also used an external agency. Facebook was able to run ads at breaking even costs using their audience lookalike feature. Again, any attempt to target manually yields worse results. I considered breaking even good since I was not exactly losing money and there is the element of referrals that you cannot track.

In late 2019 I finally launched a Play Store Application. The idea was suggested to me many times before, but I did not like losing 30% of the revenue on the Play store fees.

The app was an amazing success: Google Play Store is responsible for 65% of the acquisition - without any ad spend. 2020 was a great year in terms of growth being fueled by google, and maybe partially by covid. Universities started using the game as a learning platform for their distance learning. I spent most of my engineering time fixing scaling issues that were knowingly neglected in the early days.

At this point the game is doing very well, it can support itself and even have something extra. I have reinvested some of the cash to localize in 6 more languages. I am looking into advertising again, this time with Google Play Store ads.

The iOS app is being developed. I was able to hire 2 extra engineers to help out with new features. I plan to expand the game further, work on both retention and acquisition as before, and perhaps, start working on another game in parallel!

Do not be afraid to spend some money here and there. I think I would have moved faster if I was not trying to save every penny.

Your time also has some value, if you can outsource something do it. Focus your time on tasks where you yourself can add value, try to outsource the rest.

I have changed the technologies the game uses a few times. I landed at using pure web technologies: Single page app / Progressive web app. These can run smoothly on all devices that have a web browser. This allows me to have the same code running on the web, Android, and iOS, giving me a great advantage against other games that would have to be developed 3 times and require 3 times the maintenance effort. Another thing I am using is fully automated integration tests - I can develop quickly and send out small updates multiple times a week.

The mistake I see most often other people doing is that they delay the launch as much as possible. Some are, possibly subconsciously, afraid to hear the feedback. So they add more and more features to their MVP to make it “perfect”, delaying the launch. They can perceive their project as being amazing until it’s out. They do not want to be confronted with reality.

There is no such thing as bad feedback, feedback is an opportunity to improve, or even pivot. MVP should go out ASAP so you can start to take the right path early on. There shouldn't be an expectation that the product has to be great on day one.

Design your product development around analytical data collection and iterate on it.

Come over and play a great game with us!

Lucas Kook
about 1 month ago
REPLY

Love Patriks work :) keep it up! It is the only sim that fits my expectations and i know there are still hundreds of thousands out there with the same problem i had until oct,2020 (in oct i found out this game exists) and i am sure you will be successful in the future :) greetings from Mainz, Germany