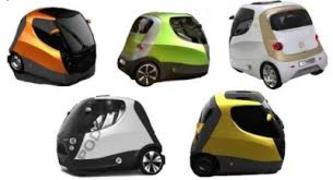 Twitter
Discover what books Ethan reccommends to grow your business!
Listen to the audio version of this story!
Story Business Starter

My name is Ethan Tucker and I am V.P. of Zero Pollution Motors, set to manufacture compressed air cars, called Airpods, in the US. We are not yet fully funded, as we are waiting for a factory prototype from the inventors at Motor Development International (MDI) due by 2022. 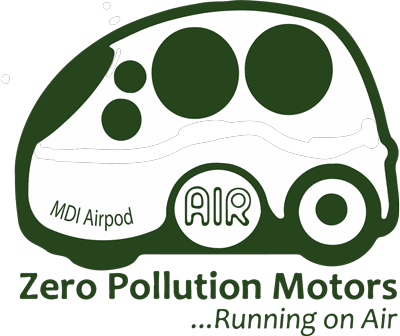 What’s your backstory and how did you come up with the idea?

I am a screenwriter, having worked in the entertainment industry for over 30 years, based in NYC and LA. Currently, I live in Brattleboro, VT, where my sister and her husband have a cafe and coffee roasting company called Mocha Joe's. My brother-in-law Pierre Capy, a true Vermonter interested in sustainable energy and cutting edge technology, told me about a company (MDI) that just invented the car that runs entirely on air! I couldn’t believe it. Then he showed me a video proof of the Airpod riding through the streets of Paris.

That’s when everything came together for me. I had been working on a screenplay about the inventor Nikola Tesla, which taught me that innovation is often at odds with companies who are making fortunes from the status quo. Tesla invented AC current, far superior to Edison’s DC, but he was eventually bankrupted by Edison and his backer JP Morgan after it was discovered that he was attempting to send free electricity via radio waves - the radio is another Tesla invention - to the world. Tesla’s rags-to-riches-to-rags story is a sad example of an inventor who lost fame and fortune by being more concerned about helping mankind than just making a buck. Fortunately, today there is an emerging philosophy of upstart green companies that follow the trend of B-corps, whose mission is to put “people and planet above profits.”

Seeing that a car could run purely on compressed air with zero emissions, I wanted to get involved in some way. I contacted Shiva Vencat, the CEO of Zero Pollution Motors (ZPM) which holds the rights to the first Airpod micro plant in the US. Shiva’s background was primarily as a metal and mineral trader. However, he has also been an entrepreneur and green energy enthusiast for over forty years. When Shiva met the Airpod inventor, Guy Negre, in Nice, France, he was so impressed that he became an early investor in MDI, while developing a longtime friendship with Guy and his son Cyril.

On the phone, I explained to Shiva that I am also a green energy enthusiast interested in cutting edge technology and would like to help bring compressed air cars to market. That was seven years ago.

Shiva was based in upstate New York, living in an amazing rotating dome house that he had built to maximize sunlight energy. Although I had no experience with green energy or even entrepreneurship, I managed to convince him to debut the Airpod in NYC’s Central Park, using contacts I made while working in the entertainment field. Shiva really liked my idea and even brought Guy from France to meet with the Parks Department. They all loved the idea, and plans were made for the US debut once a prototype could be sent to NYC.

Unfortunately, after numerous delays, Guy decided he didn’t want to ship one of his three prototypes to the US, where he could not control who would be scrutinizing or copying it. Although they hold an ironclad patent, MDI did not want their intellectual property exposed to the US market, until they could actually manufacture the car using a factory assembly line. So, we anxiously awaited the car to arrive the following year. However, due to various obstacles facing MDI, the factory production was delayed, and delayed some more. Several years passed as we continued to seek investors for the $5 million needed to build our own micro-plant. But as is so often the case, PE firms and upstart financiers wanted to see the car in action, and “kick the tires’ so-to-speak.

That’s when Shark Tank happened. The famous 50’s crooner Pat Boone, who had been working with Shiva from the early days to get funding from various US cities seeking to support upstart green energy companies. He had a breakthrough when he met Shark Tank producer Mark Burnett and convinced him to give ZPM an audition for the show. It’s actually harder to get on Shark Tank than getting into Harvard Business School, due to the worldwide TV exposure. We made it through the grueling process and before I knew it, Pat and I were facing the Sharks with our pitch for the Airpod.

Because we were asking for $5 million, three times more than the previous highest ask, we did not expect to get the money. Our goal was just to show the world that cars can actually run on air. We were shocked when Robert Herjavic said he wanted in. He promised he would give us the $5M, but on the condition that he goes to MDI in France and makes a deal with Guy Negre and his son Cyril to obtain the exclusive rights for the entire US. After waiting a year for Robert to make good on his visit to MDI, which included rooting for him to fall off the stage of the TV show “Dancing With the Stars” on which he had just become a contestant. His contract for that show prevented him from traveling overseas, and as it turned out he was a pretty good dancer. When the time finally came for us to host him at MDI in Nice, he abruptly changed his mind and backed out of the deal. Once again we had an amazing product with no investors.

But the exposure for ZPM with our Shark Tank episode re-running throughout the world, helped us develop a social media platform with thousands of people wanting to buy an Airpod. We also have had several US mayors contact us, wanting us to build the first Airpod factory in their city. They have offered us incentives in the form of free land leases, as well as city, state, and government loans and grants. But in each case, we have to be able to provide an initial investment of approximately $1.5M.

Take us through the process of designing, prototyping and manufacturing your first product

ZPM was not involved in the design and prototyping of the Airpod and compressed air motor, which has been exclusively the purview of MDI and the Negres, as they have developed their inventions for over 25 years. However, ZPM has closely tracked the progress of the Airpod over a majority of this time. We have followed the various stages of the prototype, from Airpod 1.0 featured on Shark Tank, to Airpod 2.0, with its newer, sleeker design.

Never give up. Also, bring aboard smart people who are enthusiastic, up for the fight, and willing to work for free for a while!

We are particularly pleased that MDI has now determined that the best way to introduce the Airpod to the worldwide market is in the form of golf carts; a model that fits better into the lower speed EV (electric vehicle) category, a fast-growing sector in the US. Golf carts require only minor adjustments to the Airpod, as well as eliminating the need for expensive and unpredictable crash tests. ZPM has already made inroads into the golf community, and we have always believed the Airpod is perfect for retirement communities and short distance delivery services.

Currently, we remain in a holding pattern until we receive either a factory-built air car from MDI, or some forward-thinking investors, or a PE firm willing to put up the $1.5 start-up funds needed for all of our available city incentives to kick in.

I have learned that with any new technology, the naysayers take a long time to be convinced. Also, like those who were threatened by Tesla, businesses that are profiting from current or outmoded technology will try everything to the head-off competition using their vast resources.

We expect that when Airpods hit the road, Big Oil and Big Auto will want us to go away. However, since I first became involved with ZPM, the auto industry has finally accepted green fuel as an alternative to fossil fuels.

We have been using social media. The replaying of our Shark Tank episode has produced a strong following. Our episode has been in re-runs around the world since we taped it four years ago. Everyday I check for new likes on our FaceBook page. Sometimes we’ll get responses from people with unusual names - Chinese, Arabic, for example - or even names with no vowels! This is how I know the show has just aired in a faraway place and met with enthusiasm. “Running on air!” captures people’s imagination, particularly for those interested in sustainable energy.

It seems there may be even more climate change concerns globally than in the US. These are our core supporters, who help us keep the faith as we await the arrival of the new Airpod golf carts from MDI, and prepare to build the first US micro plant.

For me, all of the research I did for my Tesla screenplay has been most influential, including books, articles, videos, and movies. Also, articles and other media about green startups, cutting edge green technology and startups.

Never give up. Also, bring aboard smart people who are enthusiastic, up for the fight, and willing to work for free for a while! Several years ago, Anna Gannon joined our team as COO.

With an MBA and expertise in startups, she understands the roadblocks, and bumpy roads, without ever wavering for the ride. That’s the commitment needed for big new ideas.

You might also like:
How To Validate Your Business Idea
Starter Story
Designing and Prototyping A Product
Starter Story
How To Come Up With An Idea For Your Business
Starter Story
Become a premium member to get full access.
Explore new ideas - get full access to our database of 1,300+ case studies
Start your business with our step-by-step how to guides
Grow your business with the best case studies on the internet
Join our community of successful founders, get help & ask questions
Get exclusive access to our case studies and members-only data about successful businesses
Listen on the go - get the audio versions of our interviews
$5k+ in deals on software
Support our site and help us inspire millions more entrepreneurs
To read this exclusive story, join Starter Story Premium!