Hi everyone! Brandon Wong here--I hope that you had the chance to read my earlier interview with Pat and the team.

We recently had the chance to launch a Kickstarter and it funded at over 1100%, with just under 350k raised. Pat asked me back so that I could explain a little of my thinking here.

I’m sure a couple of you are thinking that it’s crazy to put a project on Kickstarter for an established brand.

Who doesn’t want to be a part of something? When ordering items online, there is always value in adding ideas of community.

You may sometimes see this in subtle ways, like users preferring to buy more items with thousands of reviews over cheaper items with only a handful.

Kickstarter let us go a step further than that and actually count down discounted products in real time. We built a tiered list of pledges with “early bird” options. You’ll see this on a lot of Kickstarters, and it’s just awesome. It’s so fun to be able to reward people who place the most faith in you, pledging their money before a project is even funded, with a great deal.

What we were launching

For a long time, the photobooth world has been dominated by a very traditional setup. Operators were essentially functioning as instant photographers, with a DSLR tied to a computer for processing. There are a lot of hiccups in that system. There are a lot of failure points.

We saw the cameras in Apple devices getting better and better and with the 2017 crop of iPads, we just couldn’t wait on the sidelines anymore. For such a tiny camera to take such a beautiful photo is really incredible. There are tons of other benefits of a device like that. It’s lighter, cheaper, and often faster. And the iPad as a device is fully integrated. All it needs is power… and it has a battery if you run out! There was a clear space for a photo booth based around an iPad.

So we made Salsa. We needed to add lights to ensure the best photo, and it had to look beautiful enough to take anywhere. I think we succeeded at reaching those goals! Doing the project on Kickstarter means we have access to the capital up front and we can produce the booths on a much smoother schedule. It results in lower prices in the end. It also allowed us to make excellent forecasts so we knew exactly how to get these booths in people’s hands. We’d never launched a Kickstarter before, but it’s probably going to be one of our first choices for a product launch moving forward. 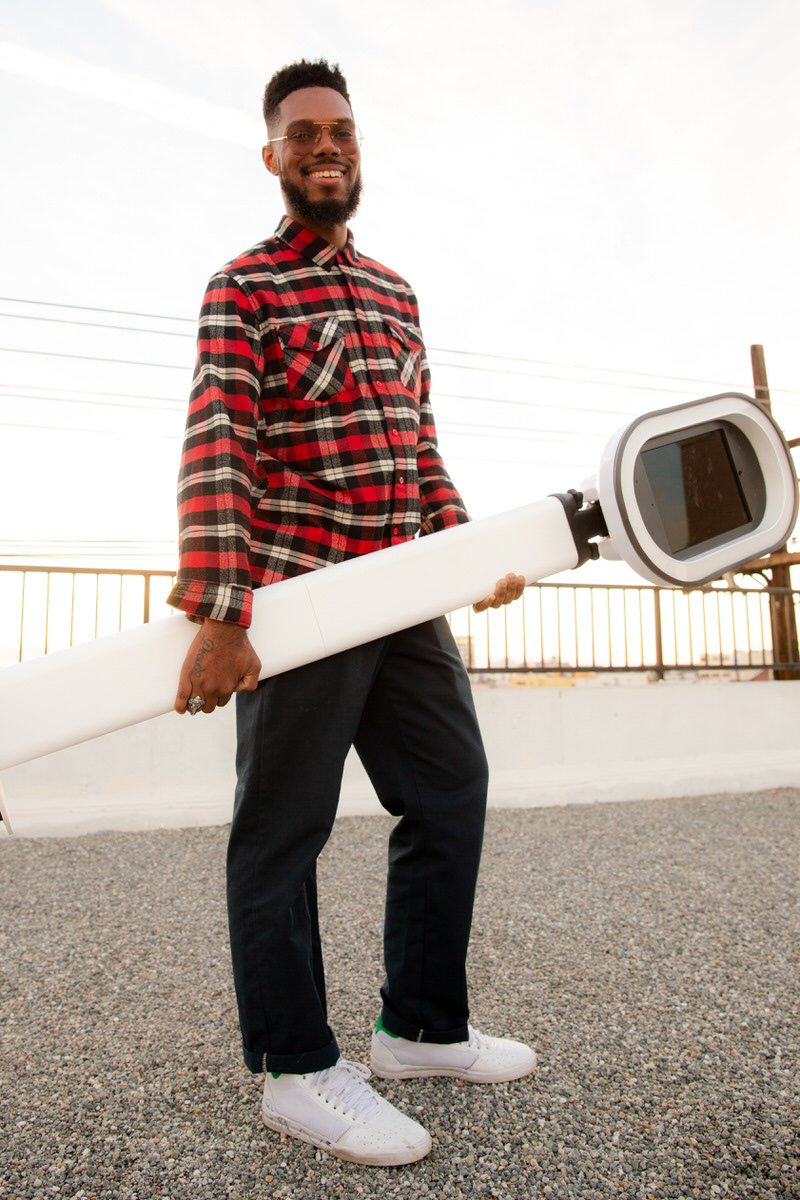 So with all of those positive benefits of the platform figured out, we wanted to make sure we had the product itself in the right place before we launched.

We’ve been working on Salsa for a long time now and wouldn’t have felt comfortable revealing the ability to pay for it until we hit a very important milestone. We had a final prototype.

Doing all of the sourcing and actual production is secondary—there was absolutely no way we could have gone public without people being able to see real photos (and touch in person) a functioning prototype.

This meant that we had to do all of the development before we ever saw a cent.

Finding backers in the real world

We launched the product at our annual Booth Summit, which is a convention for photobooth owners to get together and learn from experts in the field. Launching a product in a receptive environment is generally considered to be a good idea. The same was definitely true for us!

We had a crowd of people who had just told us they were dedicated to growing their business… and we had the chance to offer them a way to do just that. I really can’t emphasize enough how important it is to make products that matter for people who will care about them.

This opportunity to see the product in real life was an essential component for our launch, but it might not be the same for you. I think it just shows how essential having a great prototype is. People love to touch and feel what they’re buying, if you’re talking about something physical… you should be able to show a prototype before you ask for money.

Building excitement with even the smallest backers

We knew that we wanted to have a ton of incentives for early backers so that they’d be rewarded for taking a leap of faith on a new photobooth.

We’re obviously not making a whole lot of money on that first $1999 tier. But it enabled people to be part of something fun.

Every $1999 backer is always going to be able to say, not just that they got a great deal, but that they were one of the first to get on board. It means a lot more than a discount code expiring—just look at how frustrated people are on Twitter when a limited stock of rewards is secretly gobbled up.

Kickstarter doesn’t reveal the names of backers, but it humanizes them. And it just adds to the fun of getting your own spot! Even for someone backing now, they’re able to say that they were an early adopter.

Delivering on our promise

One of the most common critiques of Kickstarter items is that they either never show up or that they take years. I wanted to make sure that our timeline was easy to deliver and also reasonable.

Nobody deserves to wait two years for your product after they pay for it. I felt like we needed to offer a much quicker turnaround than that. We launched on Black Friday 2018 with an estimated delivery of April 2019.

That’s under 6 months and much lower than the average Kickstarter! The most important thing is that we will be able to meet that timeline. You can’t go around promising delivery dates and missing them, this isn’t a consumer product.

Anytime you’re working with the events industry you have to be very transparent and up front about timelines. A bride who books a photobooth needs it to show up on her wedding day. It’s non-negotiable!

At the end of the day, what we’re truly passionate about is making people’s lives better. I wanted to make Salsa so that people could add it to their business, whether they already had one of our products our not. And putting the customer’s needs--not their wants, their needs--first meant that we chose a platform that cost us a little bit of money but truly let them enjoy the process from start to finish. From here, it’s all a matter of continuing to support and help everybody who bought from us as they move forward. 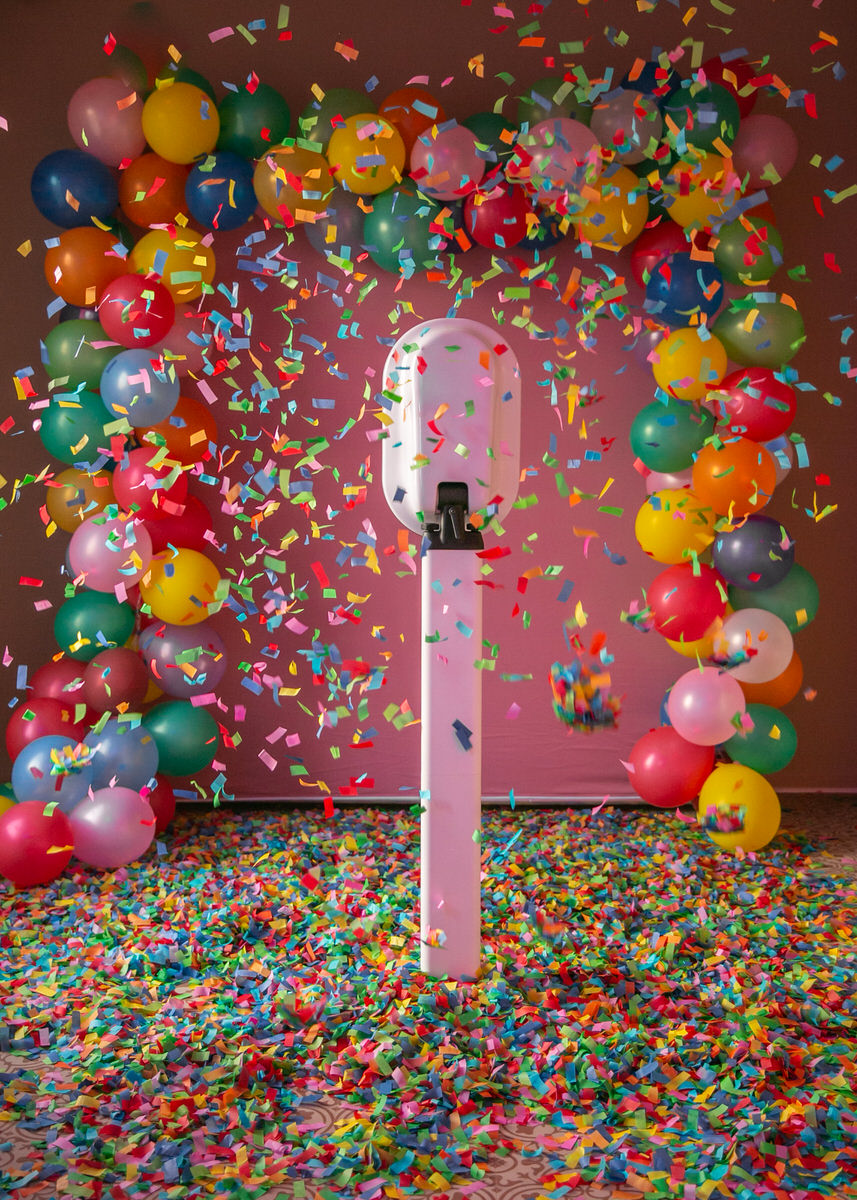 Photobooth Supply Co. has provided an update on their business!

Over 3 years ago, we followed up with Photobooth Supply Co. to see how they've been doing since we published this article.

11 months ago, we followed up with Photobooth Supply Co. to see how they've been doing since we published this article.

Join 109,812 starters building the business of their dreams.
Free