Xavier Claveria Masip is a Spanish entrepreneur. Xavier started Santafixie in 2010 and is based in Barcelona.[1] 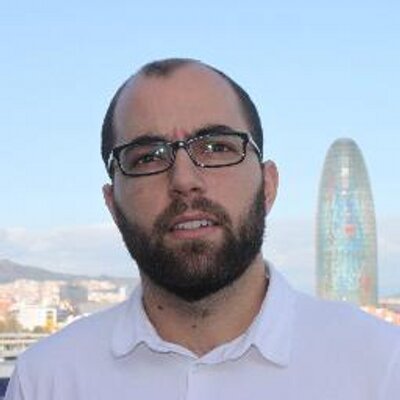 Xavier started Santafixie in 2010. They detail the beginnings of their company in their Starter Story interview: [1]

Q: How did you get started on Santafixie?

Born in 1982 in Barcelona, I studied in a liberal and secular school where art and music were an important role in education.

My personal goals were focused on my music band, I love playing the guitar, but although it may sound weird, I ended up studying for a degree in Economics. But as you can imagine, I was not the typical economics student, it took awhile for me to finish my degree. I liked it, but it was just too soon for me to sit and decide what I would be.

A few years later, in 2010, I was working as a financial controller. Everything seemed to be fine, good salary, good position, and a whole career ahead to professionally grow. But I felt empty. I quit my music band and my job and I moved to London, where it all started.

I found a room in Bethnal Green and I met my flatmates. They were riding two nice fixed gear bikes. As a fan of bicycles, I used to commute in Barcelona when nobody used to do it, I fell in love with these beauties and I started to look for nice second hand fixed gear bike in Gumtree.co.uk. A few days later I got my first Single Speed Bike.. During the next weeks I fell in love with the city commuting with my bike, it felt just different, a completely different London for me. Meanwhile, I also realized that in Barcelona, people were starting to commute by bike , however they were using old ugly and uncomfortable mountain bikes instead of nice bicycles.

It didn’t make sense to me, aesthetics is always important. So I decided to find a supplier for that type of bicycles and started to think about a business idea and naming.

Once I decided to move to Barcelona, I took with me 30 bicycles and I stored them in my parent’s house outside Barcelona.

A friend of mine developed our first website. The website was pretty poor, and the first customer sent me an email saying that our website was not giving confidence to the customers. We developed a bit more the website, and with some friends we did some brainstorming to find a name for the company.

For us, bicycles are like saints: they give you everything and they ask you very little things in exchange. A bike gives you freedom, a way of thinking, gives you time to think, time to enjoy, makes the day easier and happier. In exchange, you just have to make sure the wheels and brakes are in good shape from time to time. And this is how Santafixie was born. And then, I started to look for a team, to make this dream happen.