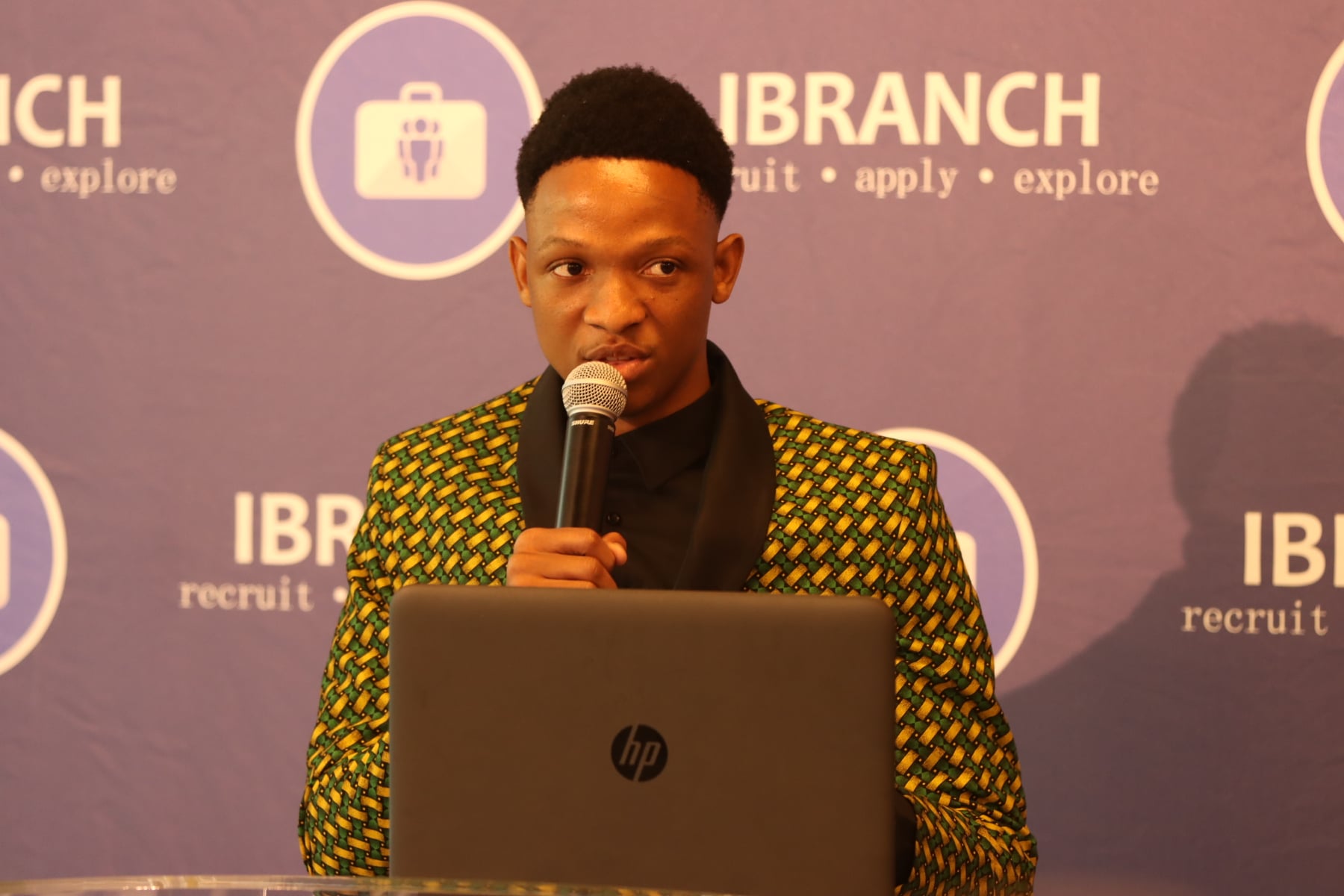 Tshepiso started iBranch Recruiters in 2017. They detail the beginnings of their company in their Starter Story interview: [1]

Q: How did you get started on iBranch Recruiters?

Before all the glorious stats and achievements I just shared with you, we had to start somewhere and this is how it all began. Growing up I developed this undeniable passion and love for computer applications, hardware, and software at a very young age. Thinking back now I recall being given the Best In Graphics Design, 2nd Best In Programming, and 3rd Best In System Design awards in 2013 by the Ministry of Education and Skills Development which is now the Ministry of Basic Education after participating intensely in the Regional ICT Fair at the age of 15.

The love affair grew even more at age 15 when my mother bought me the Packard Bell laptop which through it my coding skills intensified tremendously.

Fast forward to August 2015, I aced my high school exams and went on to pursue Computer Science at the University of Botswana. As I was staying on camp I began to realize that the smartphone I was using (which was a Blackberry 9360 that I got from my mother) did not have enough apps for me to pass time with so I spent most of my days bored.

One fateful day as I was browsing the internet, I came across an announcement from BlackBerry HQ, it was a Call To Mobile App Developers Inviting Them To Develop Apps for the Blackberry Community and in return earn from the very apps they create. I was very intrigued by the announcement, why because I knew that the BlackBerry App market wasn't as saturated as its rivals and this presented an opportunity for me to participate in the Call and hopefully earn from my art?

What to develop was the difficult stage that came after I finalized my interest in the call. I knew I had to come up with the most amazing app everyone would want to use, so I began brainstorming, at one point I thought of creating a mobile game app but I later dismissed the idea because I was looking for something African users can enjoy on a long term and so my final concept was the creation of a mobile app that will help curb the unemployment rate in Botswana.

Ideally, it was to achieve this by increasing the visibility of both jobs to job-seekers and quality job-seekers to employers. To validate the need for the app I did some research online whilst in school and I found out that most Batswana live in rural areas where internet connectivity is so poor, so poor that a job disseminated online via website cannot reach them, from that pain I knew my app had to support Offline Capabilities which websites did not offer.

Also, I learned that job-seekers spend time job hunting physically and making a lot of printed hard copies of their documents so that they can drop them at potential employers, so from this I knew the app I had to create had to incorporate the use of Artificial Intelligence which would then help match employers to the relevant job-seeker and vice-versa in real-time, this combined with other pains I managed to gather, I was convinced I struck gold and quickly began the development process of the mobile app.

All these events happened whilst I was in school but I later dropped out and went on to join the Botswana Innovation Hub in 2017 where the real development started. I have to admit that without the Botswana Innovation Hub accepting me as their member I wouldn't be this far, they provided me with internet access which was critical for me. They bridged certain barriers of entry any startup may face through networking sessions and mentorship programs.

Dropping out of school wasn’t an easy choice especially after breaking the news to my mother who later down the line acknowledged my choice. Had I not dropped out of school I wouldn't be at the level of progress I am at right now so it was all a gamble I had to sit down, weigh and act upon. I took the risk and to this very day I would do it over again. During the period of May 2017 and October 2020, we spent it trying to validate all our revenue generation streams. At the end of that development period, we managed to generate a gross sales income of $15,000 from our sampled portion of the market.

I know I didn’t dwell much on my reasons for dropping out of school but I would like to encourage my dear readers to pursue paths that make them happy, follow the path that you believe, and see a future for themselves in.

I also urge parents to support and nurture the talent of their kids whilst they are at their early ages. Without the timely interventions my mother made, I don’t think I would have reached my true potential. So in summary that is how the idea started, a quest to partake in the BlackBerry App Developers Community.