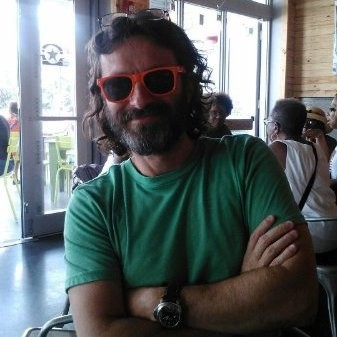 THIERRY started United World Telecom dba Global Call Forwarding in 1996. They detail the beginnings of their company in their Starter Story interview: [1]

Q: How did you get started on United World Telecom dba Global Call Forwarding?

I grew up in Marseille, France, and moved to the US for school when I was 18. After graduating from school, I worked for Banque Nationale de Paris in their Houston, TX office, before getting my MBA from NYU Stern School of Business.

At the time, I was in my third job in financial controls and analysis but wasn’t happy with that. I was frustrated working financial analysis jobs and decided I wanted to be independent.

I read an article in the Wall Street Journal about the “international callback industry”. Small US entrepreneurs were selling this service abroad mainly through networks of independent agents. The article mentioned it was a fast-growing segment. They also pointed out small barriers to entry (no large dominant player, relatively low upfront capital investments). And I figured my international background and being trilingual gave me some relative advantage.

Before following up on this idea, I looked into starting an educational learning (EdTech) company and put a small ad with no product to sell to test the idea. But then I saw an ad in the WSJ opportunities section that offered to sell the equipment for a callback business. I responded to the ad and received a pretty cool “tutorial” on the business along with an offer to buy equipment.

From that point, I started researching other equipment vendors as well as bulk international call minutes wholesalers.

I did not know telecommunications whatsoever, but when I got really serious about this idea, I reached out to the telco director of the company I was working for. He helped me decipher the “tutorial” and proposal I had received from the equipment vendor.

I had never worked with a database before, so I had to pick up an MS Access for Dummies book when I took delivery of the equipment. I was also told that the invoicing component was not ready and I had to build something on my own.

The idea was not unique since I got it from an article touting the explosive growth of the industry. The idea that I could sell the service by reaching out to friends and family and developing a network like this was obviously naive and I found out quickly, so I built a website on Compuserve and joined forums that were marketplace of the industry, and I also found international publications where competitors were advertising so I just copied them.