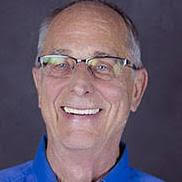 Terry started Pacific Outdoor Living in 1999. They detail the beginnings of their company in their Starter Story interview: [1]

Q: How did you get started on Pacific Outdoor Living?

It hasn't always been easy. I've had many different businesses over my life. I first started purchasing, renovating, and reselling apartment buildings. I started with a 5-unit building in Los Angeles and after selling it successfully, I purchased a completely dilapidated 66-unit building that scared me to death! But I made it through and over those first years made over one million dollars.

I rolled the dice and continued to buy, renovate, and sell until the bottom dropped out of the market. On January 17, 1994, the Northridge Earthquake devastated Southern California. During this period there was a negative migration in Los Angeles and our vacancy rates hit 40%. Being unable to support the mortgages, I lost all of my properties - over 250 units.

From 1994 to 1999, I started a company from scratch that built homes in Mexico. I sold insurance, ran an automatic door company, was the general manager for a bicycle specialty company, and sold copper pipe.

Then I finally got back into construction and took on a million-dollar renovation project of a residential home. I had 37 sub-contracts, one of which was a paving stone company that I ended up buying for $8,000, and that became Pacific Pavingstone. We started in June 1999 with four guys and one job. The first three months, I was learning to take over the job from the person we were buying the business from, and I found out from there that he was just running the entire company on a shoestring budget. He had no credit. In fact, the only assets there were was a crew of four, a beat-up 73 Chevy dump truck, and a bunch of worn-out tools.

I wanted to specialize in delivering one product fast with the best quality possible. It wasn't long before we had 13 paving stone crews and 2 demolition crews. With my two sons, we took the company Pacific Pavingstone on a rocket ride over the next 7 years, from working out of my garage to grossing over 15 million and earning two Inc. 500 awards on the way.

But, disaster hit again in 2008 through 2010 with the downturn in the economy. Not only was there less work, but the number of paving stone installers in Los Angeles grew from about a dozen companies to hundreds! Every landscape contractor, now short on work, started installing pavers. We dropped to a measly $8 million in sales and were losing money for the first time.

To survive the recession, we decided to go wider and deliver full landscape services including irrigation, lighting, planting, pergola installation, and pool construction, and to widen our service area from Ventura to San Diego. We started branching out but we only had small crews, so we had to find out how to hire masons, carpenters, landscapers, and pool installers.

We started to collect skilled workers, mainly by word-of-mouth and began building up specialized divisions when we found the right people to run them. Then, we had to find qualified supervisors that knew the trade and also how to manage a team. That was a whole process in itself, and we made a lot of expensive mistakes. We didn't know what we were doing, and the first year was really quite traumatic. We barely made any money on some of our landscape jobs but we just persisted and kept bringing in new guys, and new systems.

Throughout our journey as a company, we have made every mistake in the book. However, we persisted, became experts in the trade, and came out on the other side.