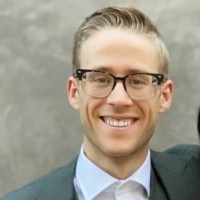 Taylor started Eden Data in 2020. They detail the beginnings of their company in their Starter Story interview: [1]

Q: How did you get started on Eden Data?

In terms of my background, I started my career at Deloitte as an IT Auditor and cybersecurity professional. It was such an incredible experience for me at a young age to be exposed to so many different clients and IT environments. Deloitte also made a significant investment in my training and development, which allowed me to develop myself professionally at a much faster pace.

In 2018, I received a really cool opportunity to become the Chief Information Security Officer (CISO) at an Austin-based consulting firm. Admittedly, at 28 years old, this was a ‘trial by fire’ experience for me, as there were many aspects of being a C-Suite that I hadn’t learned yet. However, I soon was allowed to build my department in my own vision, so I began working on building professional services offering to offer to clients rather than just focus on my employer’s internal security.

This is where the inspiration for the virtual CISO role came into play: we began offering the ability for our clients to hire me as their outsourced CISO so that they could get the cybersecurity help that they needed without the ridiculously expensive price tag of hiring a CISO (average salary in the US was $204K at the time). I quickly realized as I interacted with these clients and prospects that cybersecurity was a very real problem in the SMB market.

As I was building out this practice, it became clear that I was putting in all the effort and brainpower on something that I didn’t have ultimate control over, since I didn’t have ownership. I started hitting roadblocks where management didn’t agree with the direction I wanted to take the vCISO offering, which ended up being a blessing in disguise for me, as it served as my validation that I needed to just build something on my own. What’s more, I was becoming so frustrated by how detrimental cybersecurity vulnerabilities were becoming to organizations. I felt like the traditional firms were not giving companies the warm, fuzzy feeling that they needed in order to take that leap of faith and invest in security, which in turn exposed these businesses needlessly.

At the end of February 2020, I decided to resign as a CISO and start my own consulting firm. Due to the fact that consulting is largely based on experience, I had pretty much everything I needed to break away and hit the ground running! The main challenge would be building a service that was truly different than what others were offering.