Sunny Paris is a French entrepreneur. Sunny started noCRM.io in 2013.[1] 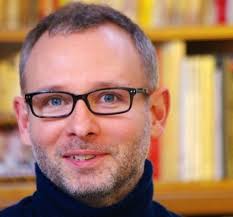 Sunny started noCRM.io in 2013. They detail the beginnings of their company in their Starter Story interview: [1]

Q: How did you get started on noCRM.io?

As far as I can remember I have always been entrepreneurial. It’s a feeling a lot of us entrepreneurs share.

When you’re running a company, there are so many opportunities and you are bound to miss some of them.

Before co-founding noCRM.io, I launched a couple of other companies as well. After completing my Ph.D. in Theoretical Physics, I co-founded Weborama in 1998, it survived the internet bubble and later in 2006 got listed on the French stock market. Soon after Weborama, I founded Yoolink in 2008, a corporate social networking site, before I finally pivoted to noCRM.io in 2014. It has indeed been a great run for me as an entrepreneur, especially with noCRM.io still going strong even after 7 odd years.

The idea to enter the hyper-competitive CRM space came from Yoolink. I believe we were ahead of our time with Yoolink, the corporate social network was a small market, not many people understood it back then and we soon realized why not revamp Yoolink and make a product for salespeople. The CRM market was competitive even then, but I felt there was a dearth of good solutions. During my stint with Yoolink, I was myself using CRM software to store and enter prospect data. But there wasn’t much I could do with it and soon realized there was no point just entering this data without any follow-up.

I really wanted to bring something new to the CRM space; even though it's a big market people are still searching for software that helps them close more deals. That’s what made me go ahead with it.