Shay Gleeson is an Irish entrepreneur. Shay started HelpStay in 2014 and is based in Dublin.[1] 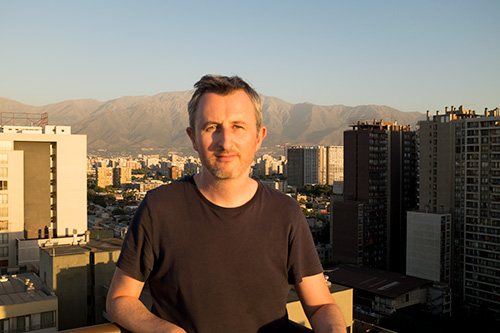 Shay started HelpStay in 2014. They detail the beginnings of their company in their Starter Story interview: [1]

Q: How did you get started on HelpStay?

Before starting HelpStay, I worked in the IT industry in various roles. I started in customer care and then I got into web development for a time and finally ended up in hardware sales where I spent 12 years.

> Along the route, we’ve learned a lot of useful lessons, made expensive mistakes, won and lost a few battles, and done a lot of flying by the seat of our pants.

I always wanted to branch out on my own but I was never quite sure how I was going to do it. In hindsight, I guess I was picking up a lot of valuable skills along the way. I wrote a blog post in our journal on how I found my calling.

I was interested in traveling and exploring other countries. I was particularly interested in slow travel, preferring to spend a few weeks in a new country.

During these travel trips, I could see that a lot of backpacker hostels were offering a free bed to guests in exchange for help with some simple tasks around the hostel. Tasks such as reception duties and cleaning.

I guess that was the kernel of the idea. I thought why not wrap a piece of technology around this exchange. But let's not just include backpacker hostels - let’s create a database doing this for Farms, House Holders, Art Retreat Centres, Ecovillages, Surf Lodges, Vineyards, Ranches, and Schools.

In February 2014, I left my full-time job. I had some savings which were enough to keep me afloat for 6-8 months.

I wanted to get the platform built as soon as possible so I commissioned an outside agency to build it. I could have developed it myself but I felt speed was of the essence. If I started building the platform myself, I knew it would involve a lot of learning. This was too big of a risk to take as I would have gotten bogged down in development and never have launched as quickly.

We launched version one of the platforms in May 2014 with 5 hosts. We got our first customer in a couple of days.

Before launch, I spent a lot of time on social media spreading the word about our platform. I always knew that as we were providing a niche service and that the best place to find our tribe of users was online.

We also ran some paid adverts on Facebook with mixed results. At the outset, we also collected email addresses and started building our newsletter list.