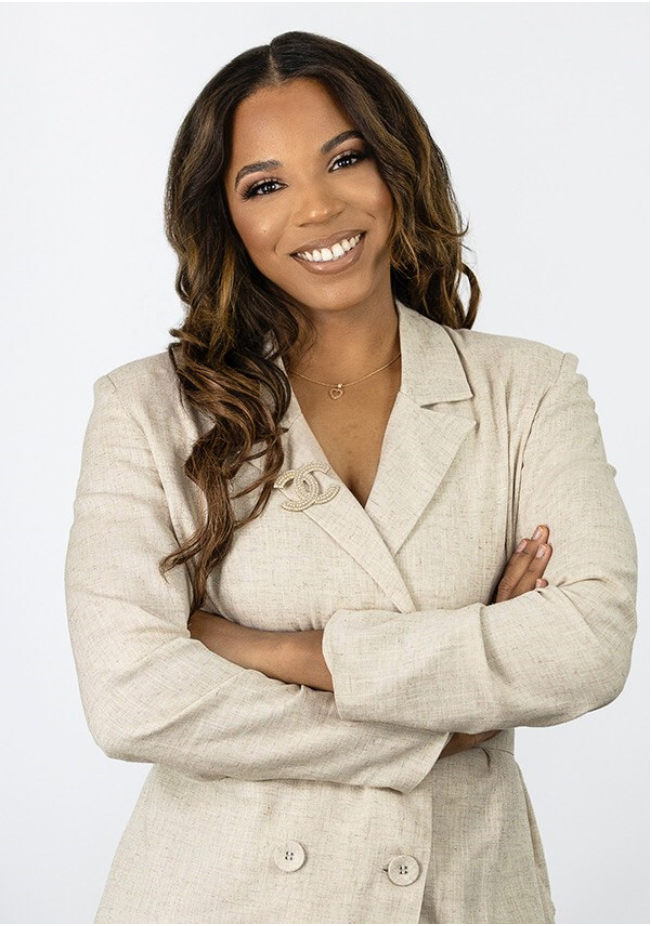 Serena started Serena Hannah Athletics in 2018. They detail the beginnings of their company in their Starter Story interview: [1]

Q: How did you get started on Serena Hannah Athletics?

I was born in Columbus, OH, spent some time in Montpelier, VT, and then moved to Jefferson City, MO at the age of 4. I was raised there until I moved to college. My dad’s background is with the government so my two older sisters moved around more than myself and my sister Brittany Friedman.

Growing up Black in a small country town was very exhausting at times, especially when I was younger. I can tell you so many racist incidents from my childhood, but I will refrain for now. I stuck out everywhere I went which ended up being a blessing in disguise I realize now as an adult. As a kid, I was given white dolls with bleach blonde hair and stick figures (Barbie). I was around a lot of white people, and I wanted to be like all my white friends growing up. I just wanted to be normal but I’m now realizing I’m far from it and I never was normal.

I discovered a passion for sport and exercise. I found an anger outlet as a kid in basketball. I would stay outside shooting until the street lights came on because it allowed me to “dream big” and get away from everything around me. Thank God my mother forced me to try out for the 7th-grade volleyball team or I probably wouldn’t be where I am today. I never wanted to play volleyball, but there was only one reason why. I didn’t see anyone that looked like me playing that sport growing up. And every one that DID play that sport was white with the Barbie shape. I was the complete opposite.

The summer before high school tryouts I remember doing everything I could to look like “the other girls” because I didn’t want to be the “curvy girl in little spandex.” I’ve learned over the years that one thing black women can’t hide, is their figure. As a child, it’s frowned upon and as an adult, it’s praised & desired (which I knew that in 9th grade). Despite my initial fear of spandex, I fell in love with the sport and the sport loved me back. Although I also loved the music I quickly noticed that black athletes were praised in a way that no one else was. I wanted respect, so I stuck to sports.

I went to Lindenwood University in St. Charles, MO. An EXTREMELY racist area by the way, very similar to Orange County. This is something I did not know or understand at the time. I went there initially because they offered me scholarships in basketball and volleyball and I didn’t want to choose one at the time. Being one of the first Black athletes to be recruited to the volleyball team in years, I dealt with racist remarks from the Head Coach & other staff members. I wasn’t even allowed to try out for varsity after being told I “didn’t look right with the varsity team.” Melinda Washington with Columbia College in Columbia, MO was really a God sent an angel. I lasted one semester at Lindenwood University before transferring to her program because she recruited athletes from ALL ethnicities and nationalities. I went on to become a national athlete there.

I moved to San Jose, CA with my now-husband Jonathan Hannah and his brother Aldon Smith after college after landing an office assistant role with Carr & Ferrell, LLC in Menlo Park, CA. Corporate America quickly took a toll on me for multiple reasons so to gain control over my life again I began club coaching volleyball, high school volleyball, giving private volleyball lessons, & received her PT certification – these were my first entrepreneurial experiences.

When I unexpectedly became a mom at 23, I wanted to be present with her as much as possible so I started a clothing line with my best friend Reneta Johnson. We invested $10,000 into it but made the grave mistake of spending all the startup cash on everything except marketing, meaning we never made a profit. We’ve been hanging onto some of the pieces from our line and we may actually re-launch it again.

The most challenging aspects of designing the products were the time difference and the language barrier at times. You must be very specific about what you want, which is something I had to learn. I’ve never been asked to be that specific before.

After a brief return to volleyball coaching and dabbling in eyelash extensions, I began to wonder, am I just someone that starts something, gets excited, and then quits? I began working with the University of Saint Katherine in San Marcos, CA as the Assistant Volleyball coach to the great beach volleyball player, Karolyn Kirby. Together we created the University of Saint Katherine’s first volleyball manual and launched their volleyball program. It was an amazing experience. I then moved on to work for Love Works Method under Nicole Moore, as her Executive/Personal Assistant. I owe a lot to her and her husband Mike. This is where I learned how to run an online business and began to fully understand the importance of time. It finally clicked, having the ability to control your own time was actually what I truly desired. They were FREE and I wanted to be FREE as well.

The term I used for “freedom” was passive income. I began searching for anything that would allow me “passive income.” With the help of YouTube & Joshua Crip (an amazing FREE channel about selling on Amazon), Serena Hannah Athletics was born in 2018. I followed all of his videos like it was gospel. This was how I learned keyword research and found my number one selling product on Amazon, the Hannah Booty Band System.

I knew this was my “aha” moment because I was able to encompass my love for fitness with the desire for “freedom” through passive income. It was a match made in heaven. My unique selling proposition was to create an entire 30 Day workout program to go along with the product. I validated the product by stepping out on a leap of faith, ordering 300 units, and just said to myself “we’ll see what happens.” When they sold out way faster than I thought they would I was shocked.

I needed more validation so I ordered another 300 units and the same thing happened again. That’s when I knew I was really on to something special. My husband and I were able to invest the money back into the business each time and continued to grow and expand. ARMR (an Amazon representation company) was also very instrumental in helping me understand how to properly run and manage PPC Ads. At this time the business is slower than expected. Being unable to get the products back on Amazon is gravely affecting sales and income. We have multiple cash flows (one thing every entrepreneur should have) so we’re still doing well at this point.