Scott Bishop is an American entrepreneur. Scott started Up And Social in 2014 and is based in Boston.[1] 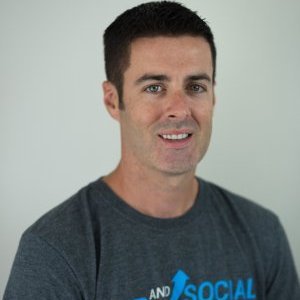 Scott Bishop, founder of Up And Social

Scott started Up And Social in 2014. They detail the beginnings of their company in their Starter Story interview: [1]

Q: How did you get started on Up And Social?

I began my business career with the family in-store sampling business, C.A. Courtesy, in the 1990s, while at the same time attending college at Johnson and Wales University, where I pursued a degree in Web Management & Internet Commerce.

I’ve always had a knack for marketing and technology, and when I left C.A. Courtesy, I was the Vice President of Marketing and Technology.

> People don’t remember what you say as much as they remember how they felt when you said it.

Being immersed in the family business atmosphere which I absorbed through the early years, imbued in me a special affinity for small businesses, and particularly for the family owner/operator model.

This provided me with the inspiration to reach out to those same kinds of small business operators when I later became strongly entrenched in the business world myself.

In fact, it was this attitude that ultimately led me to create Up And Social, which specializes in serving that same market. The most difficult decision was the choice to leave the security of my full-time job and jump, head first, into something new.

I really wanted something I could call my own. I had a desire to create my own legacy, to have autonomy and control over life and my career. Generally, investing time into another’s business can only get you so far.

There’s a ceiling to how much you can grow before you ultimately branch out and do something for yourself. The best investment you can make is in yourself. I knew this, even then, and that’s what inspired me to take the leap.