Sasa Janicijevic is a Croatian entrepreneur. Sasa started Codemap in 2020.[1] 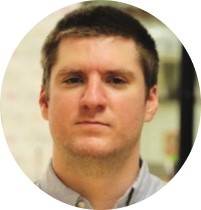 Sasa started Codemap in 2020. They detail the beginnings of their company in their Starter Story interview: [1]

Q: How did you get started on Codemap?

I’m Croatian, born in Zagreb, where I also got my undergrad in finance and a graduate degree in commerce. After completing my studies in Croatia in 2011, I got accepted into a Healthcare Management MSc at SDA Bocconi in Milan, Italy, where I selected the pharma/biotech/medical device specialization for my studies.

Following my MSc, I went on to work for the largest life science health data solutions & management consulting company - IQVIA. I worked on strategy projects in the company’s global consulting division and stayed with the organization for almost 5 years, working in Munich, Germany, and later on in London as well. I have always been an entrepreneur, that’s something I just knew about myself from back when I was a kid. This is also why I started my first company in my graduate year while still in Croatia. However, obtaining the experience during my time with IQVIA and being part of a highly dynamic and competitive environment that consulting is, I truly learned a lot. I really owe so much to the company as well as to all the mentors who supported me.

I quit my job in London in 2017 and got back home to start my first startup which was an innovative job marketplace for the pharma industry. Since I was not a technical founder and didn’t know how to code, I can now honestly tell you that I had no idea what I was getting myself into when it comes to understanding how tech startups work and how difficult it is to develop an MVP using traditional coding.

The fact I could not code only further amplified the struggles for myself and my partners at the time. We spent almost 2 years of our lives trying to get the MVP out and spent around $110,000 total on that project. We did launch the (flawed) MVP but it has been so far past our mark that at that point, we’ve had other issues within the team, one of which was definitely mental exhaustion from the frustrating and long software development process.

I’m the type of guy who likes to build stuff on my own - so even before we found a CTO (which did not work out BTW) and later agencies, I built 400 fully-designed screens of that platform. Basically, a static prototype - so, the vision really was there, but even that was not enough for us to get through the development process. Not to say of course that there aren’t amazing developer teams out there who would have done a great job, but it seems that we were a bit unlucky and there may have also been a gap between what’s possible and in what time, and our own expectations. In any case, a very frustrating experience for me because I could envision every button, label, and click on that platform and I was still entirely dependent on someone else to get it and to build it. I just couldn’t do it within a reasonable timeline cause I couldn’t code.

After deciding to move on from that project, I learned about no-code and immediately got very interested, for obvious reasons - the main selling point being that I could invest a few months and will be able to build whatever I want to build, on my own. That was THE turning point for me. I started researching to understand what it was all about and got to Bubble.io - the most robust no-code web development platform today.

I learned Bubble in about 2 months of spending 15 hrs a day in their editor and then started looking into the recruitment/service industry in no-code. It just made perfect sense to me from the start - a rapidly rising industry that demands actual specialization and expert understanding while offering a game-changing value proposition for clients, where the talent market is in its infancy, but also quickly rising and showing promise.

All of it really stems from what my mission for Codemap was - enable anyone to either be able to build on their own (at least get an MVP out) even if they can’t code or find experts who can help entrepreneurs and companies realize their ideas and build projects in a matter of a few weeks with a drastically reduced cost, as opposed to spending 9 months or sometimes years getting to market while paying large sums of money to get there. That mission is the driving force behind Codemap. Important to say, no-code is built on code. Without code, there is no no-code.

By no means do I think the deep technical knowledge and expertise of developers and engineers can be replaced. I actually think no-code can be an amazing complementary skill set for programmers, which can help them increase their market appeal and optimize their development process through combining code and no-code, as appropriate.

Before building Codemap, I partnered up with my now co-founders Goran Buselic (CMO) and Karlo Mamic (CTO) and we also launched a no-code development agency to start with. All in all, it’s been an amazing journey for us for sure. For the entirety of the past 2+ years, I kind of did a Hail Mary on all of this - I quit my job in early 2019.