Ryan started BBQGrills.com in 2019. They detail the beginnings of their company in their Starter Story interview: [1]

Q: How did you get started on BBQGrills.com?

BBQGrills.com to me is a lot more than just an internet retailer of BBQ products, it’s a lifelong dream that I’ve had my heart set on since the age of 16. Like many entrepreneurs and business owners, I watched my Father own his own business my entire life. Man, to say that I’ve garnered everything I know about respecting customers, following through and how to successfully run a business through him, would be an incredible understatement, that man single-handedly made me the business owner that I am today.

For my past 30 years of life, my Father has owned and operated one of the largest and most respected pools and landscape companies in the East Bay, Bay Area. When I was roughly 13-14 years old I started working for his company (yes, I had a workers permit from my middle school), I don’t know what it was, but this idea of being able to make $200 a week and purchase a PSP over Summer break just seemed to be so ‘easy’ for me...boy was I wrong! I still remember his workers picking me up at 4 am that morning and me being half dead with a lunch box in hand walking out.

Just like a Father would he ensured he was awake that early to witness and I’ll never forget the words he told me “welcome to the first day of the rest of your life”, man he wasn’t kidding. While that Summer sun was hot and those paychecks were nice for a 14-year-old kid, I came obsessed with watching him run his business with my own eyes. When he’d happened to show up to a job site that I was at, I’d watch the way he’d talk with his clients, how they would listen and it was almost like you could see the respect being distributed, I loved that! It was right then that I knew, “that's what I want”.

Fast forward to my Sophomore year of High School and the only thing on my mind was “what in the heck am I going to do after this place”. I had that vision still, maybe it was a bit washed from my girlfriend at the time (who happens to now be my Wife with four children) and Friday night football games, but the hunger was there.

One weekend while visiting my Dad in the Bay Area he mentioned to me that his pool business wasn’t doing so well, truth be told in this time frame (2007-2008) many businesses were being affected by the looming recession and putting $250,000 backyard remodels into homes wasn’t really at the top of homeowners lists. I asked him “so...what’re you going to do? You’ve owned this business my entire life, what else is there?” He simply told me “I’m going to open an eCommerce business and we’re going to sell BBQ grills online”. Truth be told, I laughed at him, I thought he was absolutely insane! This man could barely even plug in a USB cord and he’s telling me that he’s going to run an e-commerce based business, we both didn’t even know how to spell e-commerce. I simply told him “well, you're crazy and I like crazy, you tell me what you need and want and I’ll make sure it gets done”.

Roughly 6-months before graduating high-school his company went live, WholesalePatioStore.com, and man did it look ugly! I seriously don’t know why anyone purchased anything from this site because it would crash almost daily and putting it blankly was a mess, lol! To make matters even crazier, he told me after it launched “okay, now to go tell these brands we have a site to sell their products...oh my goodness my face. I told him “wait a minute, you haven’t even locked in brands yet? Do they know anything about this? You’re just simply going to hope and pray that it works”.

He’s a man of simple words and told me “sometimes that’s all you need”. Mind you, this was the first e-commerce website to sell BBQ Grills and Outdoor Kitchen products, this had never been done before or even presents. Well it turns out they thought he was crazy too and decided to take a chance and in our first 6-month period we managed to bring in $500,000 in overall sales with no advertising or marketing. While most of my friends went off to college to get degrees I took a chance on this crazy project my Dad created and decided to see where it took me.

Over the course of 10 years, that company did great. We opened three retail locations across the US, did roughly $80M+ in sales revenue, and at one point had over 20 employees. Unfortunately in the Summer of 2018, the decision was made to close the doors of that business, while my heart and soul was in that company, and I had spent the past ten years building it, it was truly hard to simply walk away, but I walked away knowing that something better was on the horizon.

After taking a one year break and spending all of my time with my Wife and kids I quickly learned that your ‘emergency fund’ can go a lot quicker when you’re really not paying attention to it, I knew there was something that needed to be done in the next 6-12 months. In 2016, nearly two years earlier, I purchased with a domain broker, that at the time, my Wife wasn’t too thrilled about, lol.

The purchase was for two (2) domains BBQGrill.com and BBQGrills.com, and I kept them in my back pocket knowing that one day, they would be my next stepping stone, and boy, were they! It took two phone calls, and one steak dinner, and the BBQGrills.com team was assembled. Over the course of 12 months, we would work tirelessly, day in and day out to produce what our customers know and love as BBQGrills.com.

I knew it wasn’t going to be easy, I knew there were going to be bumpy roads and financial struggles, but I never imagined they’d be as challenging as they ended up being. The goal was always and is always to be self-funded, no outside money, no inventors, and simply no advertising.

With $600 left in my bank account on launch day I knew that it would only take a few cancellations or a damaged grill to completely take us out, looking back it’s crazy to even think about it. Long story short, we made it through the first few months of profit and built up a nice nest-egg of capital. Sometimes in life, there’s a mountain in front of you and you just gotta climb it. 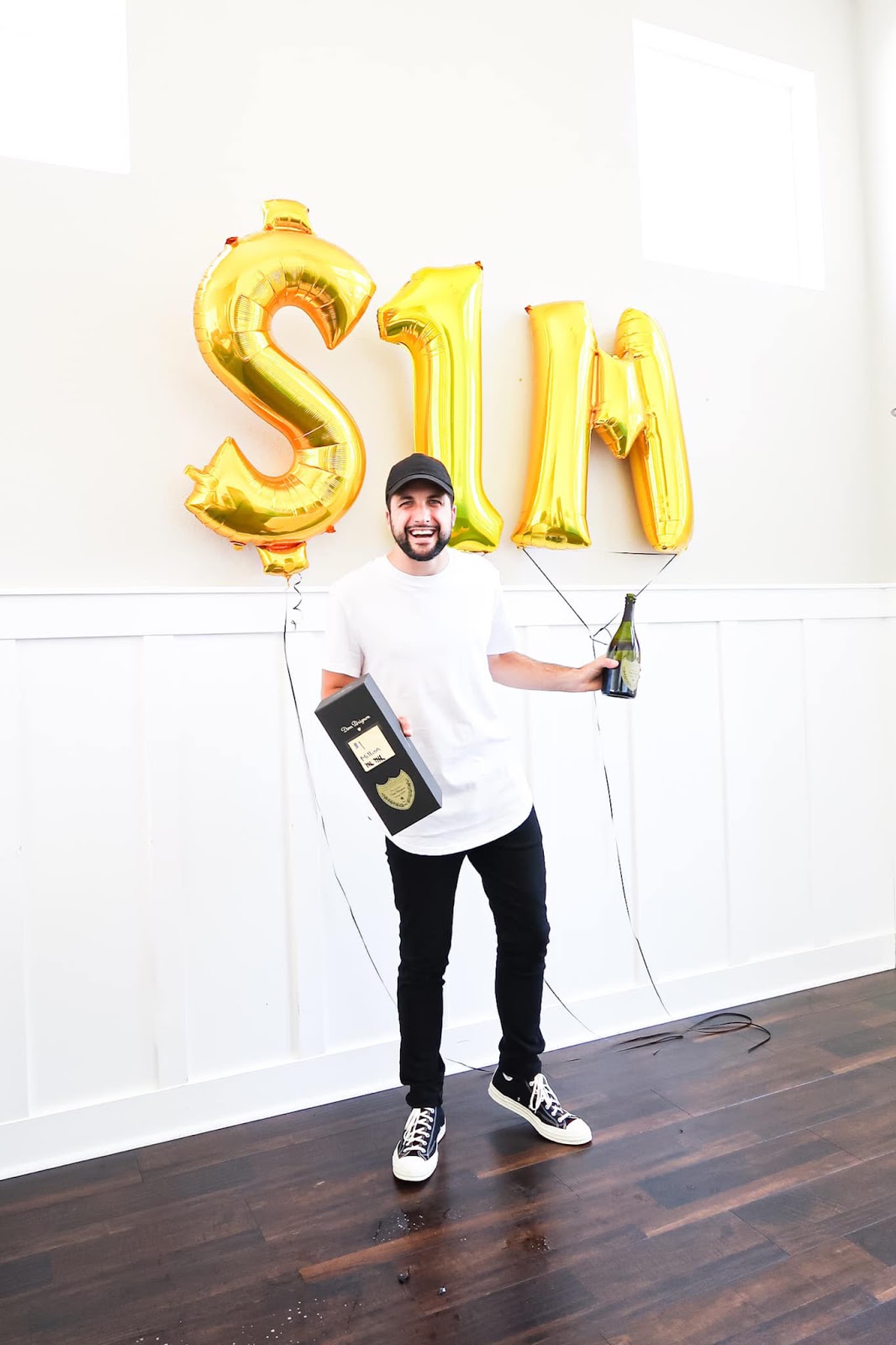