Rob Williams is a British entrepreneur. Rob started Hawthorn in 2014.[1] 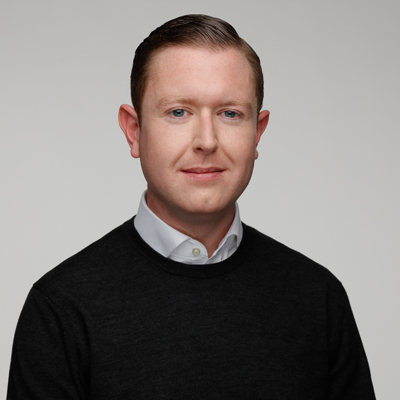 Rob started Hawthorn in 2014. They detail the beginnings of their company in their Starter Story interview: [1]

Q: How did you get started on Hawthorn?

Tom and I have rather different backgrounds, although we’re childhood friends who grew up together and have known each other since we were 6 years old. After we finished school, I went into a career as a Designer for a manufacturing company. Tom on the other hand pursued a career in Fitness, building a business as a Personal Trainer at the age of 19. Both Tom and I were successful in our respective careers, however have always been entrepreneurial during our early lives, we decided that we should start a business together alongside our jobs.

As a part of Tom’s fitness journey, he struggled to find tee shirts that would fit him in the torso and shoulders - if he bought the right size for his shoulders the torso would be too baggy. He decided to tailor one of his own tee shirts at home, which was a surprising success! We then had a chat whilst playing PlayStation one night and decided it would actually be possible to market muscle fit tee shirts on a large scale; although this is now very common, back in 2011 it was very hard to find muscle fit tees!

We started getting some ideas together immediately; I still have the notebooks from our very first days of business and honestly, some of the ideas we had were pretty awful, but it was a start!

We started 2 clothing brands initially and found the first problem very quickly. There were no manufacturers in the UK who could help us to start small. Minimum Order Quantities were generally around 300-500pcs per style and per size, meaning that to get a good range of products we’d be looking at a huge investment; something which wasn’t viable for us at the time and we weren't keen to go down the route of on a risk basis.

Our first products were stock, pre-made tee-shirts which we had embroidered with our own logo, and although we spent a long time trying to perfect the fit of them, going through as many suppliers as we could, we were unable to find anything that would be suitable. That was when we realized that if we went direct to factories overseas, we’d be able to fully customize our items.

That wasn’t the simple end to the story, however. We had a great deal of trouble with overseas manufacturers, from the time differences involved with working in the Far East to language barriers, to specifications being misunderstood and even some suppliers failing to deliver the products at all. We then made contact with a friend in Turkey who had, along with a family member recently finished University and had the capability to start a small clothing workshop. This was great for us because we finally had the trust and confidence that comes with having full control over the manufacturing of our products.

Shortly after this, we started taking commissions from other brands who we knew personally, and we realized that producing clothing for other people was a great business opportunity. That’s when we decided to start Hawthorn as, at the time, a side business. The time and investment needed in making Hawthorn a success however was something that eventually needed our full focus, so we decided to close our brands and work on Hawthorn full time. We didn’t set out to have a clothing manufacturing business, but we ended up gaining enough industry experience through our own mistakes, and we had the contacts and ability to make it work, so we decided to give it a go!