Regina Ye is an American entrepreneur. Regina started Zirui in 2017 and is based in Boston, MA.[1] 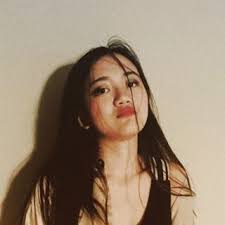 Regina started Zirui in 2017. They detail the beginnings of their company in their Starter Story interview: [1]

Q: How did you get started on Zirui?

I am a big traveler and a beauty fanatic!

Being an international student, I traveled back and forth a lot between countries and continents. When I came up with the idea of ZIRUI I was 18 and had already traveled to more than 20 countries, so I was very familiar with the pain of traveling and having to pack my things nicely.

> I was just getting very fed up with the standard startup rhetoric, and being in the ecosystem, I saw there was a lot of ego in the game. Some people are not working on what they truly believe in but just picking a problem that sounds cool because a “startup” is cool now.

I also used to spend an obscene amount of money each year at Sephora, like I was there VIB (very important in beauty) every year.

I studied Computer Science and spent the summer between my sophomore year and junior year (which was the summer before I came up with the idea of ZIRUI) interning abroad in Berlin doing UI/UX designing for an APP. In APP design you think a lot about the user workflow and the start to finish experience, and I started to wonder if it could be applicable to other areas of business. I think UI/UX design process has the same principles that would apply physical products.

The “aha” moment happened when I got back to the U.S. after the summer and went to a tech conference in Texas.

I carefully wrapped my oil and toner, then when I checked in at a hotel and opened my suitcase, I was shocked to see that my favorite toner had leaked again. I sort of sat there in disbelief, like how can you have all these smart people at the conference talking about solving the next big problem yet overlooking such a simple problem?

I talked to many people on campus and beyond school within and out of my network, went to the mall to just interview random strangers, and really went in with an open mind, and eventually realized wow this problem was bigger than I thought and people wanted a better solution.

The people that understood the pain were so excited. Their faces lit up and they would just tell me "omg can you please make it happen? I would buy it and that would be so cool."

While everyone was trying to solve a big “let’s change the world” buzzword idea, I thought I’d start with a niche but high-frequency and annoying problem.

I was just getting very fed up with the standard startup rhetoric, and being in the ecosystem, I saw there was a lot of ego in the game. Some people are not working on what they truly believe in but just picking a problem that sounds cool because a “startup” is cool now.

Personally, if I don't believe in the problem, there is no way I can be 120% committed, which is why I waited a long time before starting ZIRUI. I was waiting for the idea that can convince me to start.

Since my background was in computer science and philosophy, it didn’t really apply to the making of ZIRUI. I was in school so I tried to be very lean and asked for a lot of favors (still do) to get it started.