Parker Garlitz is an American entrepreneur. Parker started True Leaf Market in 1974 and is based in Salt Lake City.[1] 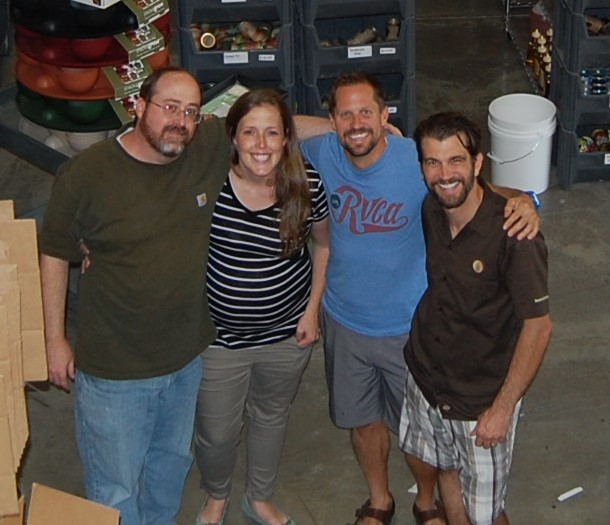 Parker started True Leaf Market in 1974. They detail the beginnings of their company in their Starter Story interview: [1]

Q: How did you get started on True Leaf Market?

Our history is a little complicated because True Leaf Market as a business is the culmination of several businesses that all came together. There are various threads that weave together. I’ll start with my thread first.

In 2000, my sister Kaitlin had graduated from High School and was preparing for college. At the time I ran a small business repairing laser printers and selling printer supplies. I had started that business in 1990 serving my local area but soon discovered the Internet as a way to reach a wider market. I listed a refurbished NeXT Laser Printer on the UseNet in 1995 and ended up selling it to someone in Portugal. In 1995, that was just completely crazy to me. I was hooked and got obsessed with marketing online and by 2000 was doing much more revenue online than I was doing with the original local business. Bottom line is, I spent years in front of a computer learning how to market online by simple trial and error.

Kaitlin approached me about helping her start an online business in order to pay her way through college. We brainstormed and decided to focus on something she was passionate about. Kaitlin is a vegan and was getting into growing and juicing wheatgrass. We decided to partner up and sell wheatgrass growing kits and juicers online. We started in my garage. She would run the business day-to-day, and I would handle the online presence and marketing. We founded Living Whole Foods, Inc., and launched our first website.

At the time, I thought the business was so niche, that the best we could hope for was maybe $5,000 per month in revenue, which I figured would be sufficient to get Kaitlin through school, much better than a part-time job. We started in August of 2000, and by December were doing well over the hoped-for $5K / month. The market was larger than I thought. We began expanding our product line into other “grow your own” type products. We created a line of indoor herb garden kits, sprouting kits and expanded our line of juicers, wheatgrass supplements, and other items. We originally offered only inexpensive hand-crank juicers but expanded into the electric juicers. By 2004 the business had grown to the point where it passed up my old printer supply business, with much better margins. I sold off my printer company and focused on our wheatgrass business.

In 2006, we had the opportunity to acquire a competitor, Handy Pantry. Handy Pantry was a small sprouting seed company that started in 1974, and had a very small online presence but were selling mainly through brick and mortar health food stores. We were somewhat confident we could grow their brick and mortar channel but were totally confident we could skyrocket their online sales. With that acquisition, we had a well-rounded product offering at somewhere over 1000 total SKUs, which were a mix of our brand products, and other brands we were reselling (mostly electric juicer). In 2009 we built our own warehouse and moved in and continued to grow up until 2014.

Now, let’s skip over to a different thread: In 2009 two college friends decided to look for a lifestyle business to purchase. Lance Heaton had spent the last 20 years as an entrepreneur, buying, running and selling small businesses. Robb Baumann had gone to work for a public company initially doing M&A work for them, and subsequently working on business process optimization for the companies he helped to acquire. Robb was spending far too much time on the road and contacted Lance with the idea of partnering and finding a lifestyle business to purchase.

Data hygiene is absolutely vital to being able to scale a business, especially one with as many SKUs as we have.

They ended up buying Mountain Valley Seed Company in 2010 from the original founder who was looking to retire. The original founder was Demetrios “Dimo” Agathangelides, who founded the company in 1974 (coincidentally the same year as Handy Pantry was originally founded).

Dimo had started Mountain Valley Seeds in his kitchen as catalog, mail-order seed company, and grew the company to about $80K / month by the time that Lance & Robb acquired it. As it turns out, Mountain Valley Seed was a key supplier for Living Whole Foods. Soon after the acquisition, Robb and Lance came to visit Kaitlin and me to see how we might work more closely together. That began a process that ultimately culminated in the merger of MVSC and LWF in August of 2014.

We formed a new company True Leaf Market and maintained Handy Pantry and Mountain Valley Seeds as brands along with with half a dozen other brands we owned. We sold our two small, separate warehouses and bought a 75,000 sq. ft. warehouse in Salt Lake City. So while True Leaf Market was technically founded in 2014, our two biggest brands have roots back to 1974.