Olguy Songolo is an American entrepreneur. Olguy started the DIFFERENCE in 2016.[1] 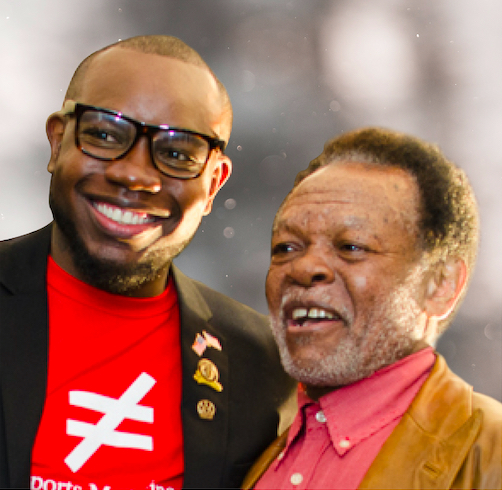 Olguy Songolo, founder of the DIFFERENCE

Olguy started the DIFFERENCE in 2016. They detail the beginnings of their company in their Starter Story interview: [1]

Q: How did you get started on the DIFFERENCE?

When I was a young boy, my father was in the throes of his research at Boston University. One day, to test out a concept he was developing, he cut off the heels of my school shoes, and sent me to class in heelless shoes! Despite looking a bit silly, I was amazed to find that I was comfortable throughout the day, and had no problem running, walking, or standing in this strange prototype. My dad had discovered something amazing.

His research had been focused on the functional anatomy of the foot, and in particular how different kinds of landings (front foot, flat foot, and heel landing) affected the body. How did foot and leg muscles compensate for these different impacts? In the end, the research was clear: heel landings were by far the most damaging to the joints. Simply put, this is because the heel has no shock-absorbing mechanism.

When you land flat or on the balls of your feet, the transverse arches of the feet and the associated muscles easily handle the impact, just as they would if you were running barefoot, in which case you always naturally choose a forefoot landing. However with a heel strike in running shoes, the force of 3-5 times the runner’s body weight is distributed into areas of the legs, knees, and back which are not designed to take these shocks, and over time all kinds of injuries can occur. Such damage includes back pain, plantar fasciitis, knee damage, flat feet, and more.

The problem is that nearly all modern running shoes encourage the user to land on their heels. Today, some companies are even designing “maxi-heels” that blow the heel out to incredible proportions. My father’s research demonstrated clearly that such thinking is exactly backward. He believed that many painful physical ailments associated with running could be solved simply by wearing a shoe that prevented a person from heel striking entirely.

This new concept could change the game for millions of runners and anyone else prone to heelstrikes. At the time of this discovery, however, he was still raising me and my siblings. There simply wasn’t time to develop this new shoe. So the idea was shelved, for decades.

In 2016 I told my father that the moment had arrived. His children were grown, and the time had come to finally design and build the heelless shoe. As you might imagine, we were both thrilled to begin and also rather intimidated by the formidable journey on which we were about to embark. At the time, I was working as a health and safety instructor for the American Red Cross, and we had just formed our non-profit Runners, Walkers, and Standers Foundation.