Nick-Anthony Zamucen is an American entrepreneur. Nick-Anthony started Bio-One in 2008 and is based in Greenwood Village, Colorado.[1] 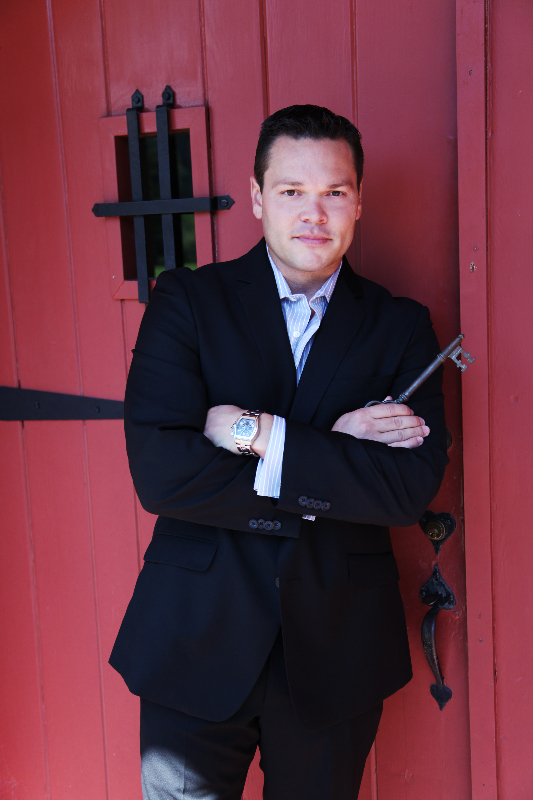 Nick-Anthony started Bio-One in 2008. They detail the beginnings of their company in their Starter Story interview: [1]

Q: How did you get started on Bio-One?

I started Bio-One Inc. over two decades ago.

Bio-One is the nation's leader in Crime & Trauma Scene Cleaning with over 90 franchised to date and growing. Bio-One isn’t like any other business you get into, it’s not all about profit.

Let me explain a bit more. When a suicide, homicide or an undiscovered dead body is found, there are many people who get called to the incident. The police, coroner/medical examiner, fire department, detectives and the last responders are companies like mine, Bio-One the crime scene cleaners. Not all scenes we clean are crimes, but the term crime scene cleaner gives some mental picture of what gets done. We clean and remediate what is commonly left behind from EMT’s, police, fire departments and coroners to name a few.

Bio-One also handles hoarding situations, blood spills, meth labs, rodent droppings and lately a lot of fentanyl remediation. Bottom line is this; when the toilet doesn’t flush you call a plumber. When the lights don’t come on you call an electrician. When you see something you’ve never seen before, perhaps something no one should ever see and you don’t know what to do, that’s when you call us over at Bio-One, we are the “Oh shit, what now”, phone call.

I got into the crime and trauma scene business by sheer fate. I was attending a small Baptist church and our Pastor had said at the end of the sermon that a fellow member of the church had unfortunately taken his life and the pastor didn’t see his wife in attendance. He then went on to ask if some of us in the church would go see how the widow was doing and offer her some love and support. So, me and a buddy did just that.

As my buddy and I arrived at her house, we were greeted by many from the church. Everyone seemed happy to see us, which was surprising considering we were in our early 20’s and not overly frequent members of this church. We walked through the front door we saw a woman sitting on the couch disheveled and in a daze. This was obviously the widow. Her and I locked eyes for a moment and she pointed to the bedroom door and said to me, “they said I had to clean it myself.” I had no idea of what she was talking about so I strolled across the room and opened the door…then quickly shut it.

What I saw for a brief moment was pinks and browns on the walls and bed sheets. A blob of what looked to be some sort of strawberry ambrosia jello on the floor and on the TV (yes, is was brain). The ceiling fan had what looked to be hair on it with a dried yellowish substance like glue sticking to it. I could go on, but I think you get the point. See the Coroner and/or Medical Examiners take the bodies away, but leave everything else behind. They take the big stuff, we take the little stuff.

After I shut the door I walked over to one of the women from the church who was sitting with the widow and whispered in her ear, “why don’t you take her to lunch, so Rex and I can take care of this for her.” Then I handed her $40 to move her along. I figured I had seen movies like Pulp Fiction and Reservoir Dogs, so the mess didn’t really bother me. A quick wipe up seemed pretty straightforward and easy. Boy, ignorance is bliss. If I had known the potential dangers I was getting myself into, I probably would have thought twice about cleaning up after a gunshot suicide. But, at the time I was just trying to help a lady who needed help. Hence, the motto “Help First, Business Second” was born. At the time I didn’t know it, but that decision to help someone in their greatest time of need, would change my life forever.

To be completely honest, we did 1000 things wrong. We had no personal protective equipment on. I had a pair of pink dish gloves on I found under the sink. Rex, my buddy, didn’t wear anything on his hands. We didn’t have the proper chemicals to clean blood with nor did we know what the hell to do with the bio matter for proper disposal. I found a bucket under the sink next to the gloves and filled it with Comet (like Ajax if you know what that is) and warm water.

We scrubbed walls with steel wool pads and basically spread everything around trying to dry it with paper towels. I had foamy pink juices flowing down my arms and on my head from scrubbing the ceiling fan. It was just a mess and so were we. We were way out of our league and very luck we didn’t get hurt or hurt someone else in the process. We were young and dumb. It took us about 6 hours to clean a scene that should have taken a trained professional 2 hours. Again, we were just trying to help and we had never done this type of work before. This was our introduction into crime and trauma scene cleaning.

Later that night we were starving, so we were sitting in a sandwich shop when Rex turned to me and said, “what do you think happens throughout the country when a suicide happens and the coroner takes the body? Do the families really have to clean the mess themselves?” A light bulb went off in my head and Bio-One was born.