Niall Doherty is an Irish entrepreneur. Niall started eBiz Facts in 2018 and is based in Waterford.[1] 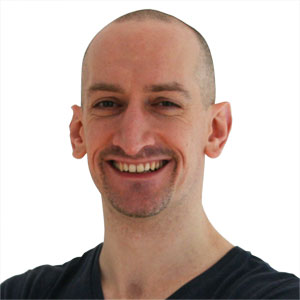 Niall started eBiz Facts in 2018. They detail the beginnings of their company in their Starter Story interview: [1]

Q: How did you get started on eBiz Facts?

I'm from Ireland but worked my last 9-to-5 job in the United States.

I quit that job in 2010 and have been working for myself online ever since, mostly earning a living as a freelance web developer.

Lots of people dive straight into something like e-commerce or affiliate marketing, but those are much more complex business models that are very hard to succeed to start earning a living online.

Working online has enabled me to travel the world and given me tremendous freedom. This video I made a few years ago was an attempt to illustrate that. It has racked up more than 1 million views on Facebook.

I started eBiz Facts at the end of 2018 after being inspired by a friend who had built his own affiliate website to $40,000 per month.

More impressive to me than his earnings was how he described his typical workday: he would basically spend a few hours each day creating the most helpful content he could, publish it for free, and point his readers towards useful products and services where appropriate.

His website had incredibly helpful and high-quality content, and I was struck by how he'd managed to achieve the "holy trinity" of business:

My friend encouraged me to do something similar in the niche I'd long been interested in, which is the "make money online" niche. It's a niche notorious for misleading claims and empty promises, and I liked the idea of leveling the playing field for the consumer.

I should note: by this time, I already had quite a bit of experience with online business and digital marketing. Not only had I been earning a full-time living via the internet for nearly a decade, but I had made money online in a variety of ways, and had developed a good sense of what was real and what was bunk.

At the same time, I'd never really "struck it rich" as an online entrepreneur. I'd been able to earn a consistent, comfortable living, but $3000-5000 was a typical month for me, and I only had about $15,000 to my name when I decided to start eBiz Facts.

Before jumping in with both feet, I spoke to two other friends who had built successful affiliate websites. Both were earning more than $10k/month from their sites consistently. I asked if they could think of a good reason why I shouldn't try similar in my niche.

When they both failed to come up with a good excuse, I decided to go for it.