Mitchell Blackmon is an American entrepreneur. Mitchell started Patriot Chimney in 2018 and is based in Blue Ridge.[1] 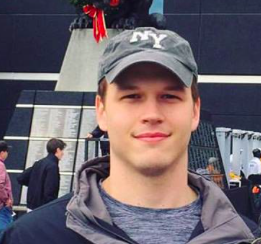 Mitchell started Patriot Chimney in 2018. They detail the beginnings of their company in their Starter Story interview: [1]

Q: How did you get started on Patriot Chimney?

When I was in college, I was involved in a lot of extracurricular activities and always working. When I graduated, frankly, I became bored after work. My mom owned a housekeeping company when I was younger and I thought that would be a good idea, so I created a housekeeping company and hired her and my aunt to work it. My brother, Matt, and I would talk about creating different businesses together since he was out of the Marines and we’d go back and forth between things like home health, more housekeeping, or even a landscaping company, but we never really could agree on one.

> The most important thing you can do is communicate - who does what, set due dates that you all agree on, hold each other accountable, and create consequences for failures.

During this time, Matt started working for one of our competitors in the Roanoke valley and used his GI Bill to get certified through the Chimney Safety Institute of America (CSIA), which is the main chimney/dryer vent education association in the USA. After a while, Matt helped his friend Billy get a job at the same company. They noticed some shady practices, their paychecks bouncing, and their ideas to help grow the business were cast aside by the owner. They made it through the burn season (the busiest time in the industry) but that following summer they were let go.

A few weeks before they were fired, I had actually just moved to Raleigh from Kentucky and I had plenty of free time before I started working again. This was the perfect time to take Matt & Billy’s experience sweeping and my experience already creating and operating a service-based company and create a chimney company from scratch.