Michael Vahey is an American entrepreneur. Michael started Beach Gladiator in 2015 and is based in Williamsburg, VA.[1] 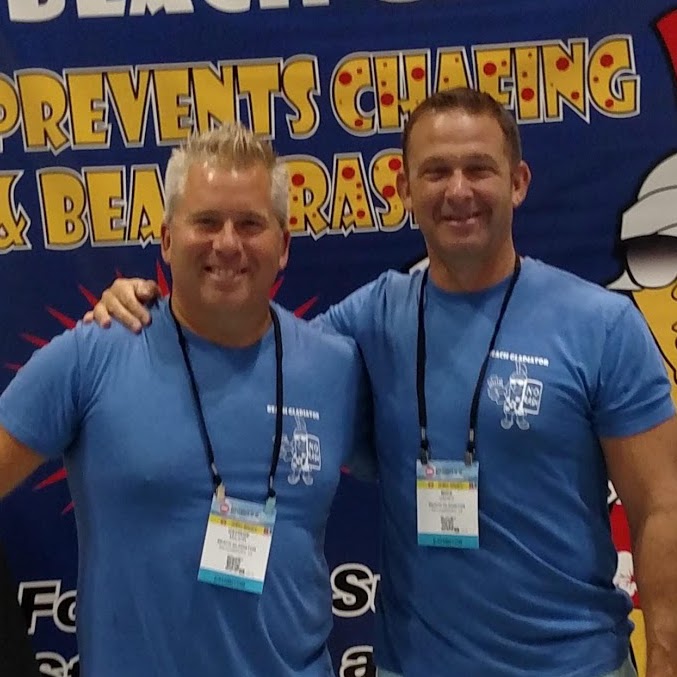 Michael started Beach Gladiator in 2015. They detail the beginnings of their company in their Starter Story interview: [1]

Q: How did you get started on Beach Gladiator?

When we were kids, we both would vacation with our families at the beach. And we both suffered from the same issue: chafing.

When we would run around the beach all day in wet shorts, we would develop a rash between the legs. It would be bad enough to cause the “cowboy walk”. This is a walk that looks silly because you are trying to hold your legs apart. The chafing (I used to call it the rub-raw) would be severe enough to last for days and put a stop to most activity for those days. There wasn’t a cure for it. We tried Vaseline and other things, but it only provided temporary relief.

The coolest thing about beach Gladiator is that it was started by just the 2 of us and we still have control over what we want the brand to be. The greatest influence on the product was and continues to be our kids, who were our first customers.

Fast forward: We’re still going to the beach, but now our kids have the same issues! Dang! We needed a solution. So, George tried something. He was using a little-known product designed to reduce chafing for runners, hikers, and triathletes. He applied it to his kids, and voila! It seemed to work. Well, at least better than anything else. We decided that we could create something like it, but better. It needed to be more effective and geared for the beach. After a year of research and experimentation, we had it – the best solution that prevented chafing and also healed the skin by utilizing natural healing elements.

We kicked around the idea of how we could introduce a product to the beach and surf market. We approached a few local surf shops in Ocean City, New Jersey. The feedback from customers was excellent, and the sales grew quickly. We knew at that point that we had a scalable product.