Michael J Parnell is an American entrepreneur. Michael started MPC Builders in 2012 and is based in Wall Township.[1] 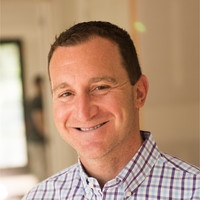 Michael started MPC Builders in 2012. They detail the beginnings of their company in their Starter Story interview: [1]

Q: How did you get started on MPC Builders?

I started my career in a large scale, the commercial construction industry in the NJ and NYC markets. I was a project manager on $50-100+ million dollar projects, for clients such as the NY Red Bulls, Goldman Sachs, Princeton University, GlaxoSmithKline… large, multi-year projects.

After the downturn in 2010, I was just finishing up the Red Bull Arena soccer stadium project, and my employer decided to all but shut down our NJ business unit, laid off a ton of employees and pulled the ones they kept into our NYC office. I was commuting from Monmouth County, NJ to lower Manhattan, and after a year and a half, I had enough. My son was just born, and I was leaving for work at 5:30 am and getting home at 7:30 pm, and never home when he was awake other than on weekends. I knew that wasn’t the life I had envisioned having, and I needed to make a change.

So at first, I tried getting another job, in northern NJ for a small general contracting firm. I was hired as the Operations Manager and had a deal to work my way into an ownership position after a few years. But shortly after starting with the company, I knew it wasn’t going to be a long term position. It was very unorganized, with a culture in place that was not interested in making any changes to the way things were run. They also didn’t have solid business relationships, and after coming in 2nd place in nearly all of our bids (without the relationships to bring in those opportunities), I saw the writing on the wall. I was the second-highest salary, in a sinking ship, and I was laid off after only 5 months in the position.

About a week before the layoff, I started to consider my options, knowing that the layoff was inevitable. I spoke to a few former clients about potential opportunities for work at their facilities and started to consider opening my own business. The groundwork was in place, in my mind, when the layoff conversation happened, so I decided to give it a shot. I had an $8,000 severance check and took out a $15,000 crowdfunded personal loan with a website called Prosper, and I rolled the dice. The startup money I had on hand would give me a few months of household bills to be paid before it ran out, and I was prepared to liquidate a small retirement account if need be to give this hopefully 6 months to a year to work out.

Two weeks after my layoff, and making the decision to give it a go starting my own company, I was introduced to my first client. His name was John Liedersdorff, and he was building a music-themed building renovation in Asbury Park, NJ, called the Lakehouse Building. To be included in the project were recording studios designed by the world-famous Walters Storyk Design Group (who designed Jimi Hendrix’ Electric Ladyland Studio, as well as studios for Beyonce, Jayzee, among others). Beyond the studios, the project had rehearsal rooms, lesson rooms, music retail shops, and office space. I was hired to project manage the building after our first meeting, and MPC Builders was off and running!