Michael Arciola III is an American entrepreneur. Michael started Southern Cigar Co in 2015 and is based in Austin.[1] 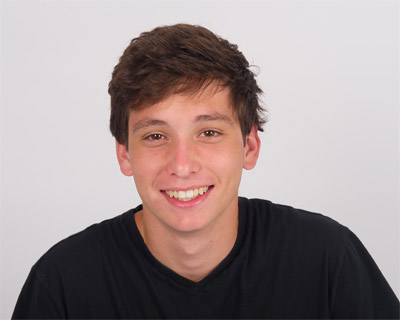 Michael started Southern Cigar Co in 2015. They detail the beginnings of their company in their Starter Story interview: [1]

Q: How did you get started on Southern Cigar Co?

My journey to build Southern Cigar Co. was much different than most. Although I’ve always enjoyed cigars, it wasn’t built around a passion for cigars.

During my time at Florida State University, I always joked around (sort of kidding, sort of not) that the computer science students were expected to learn something than immediately put it to use in the real world. The flip side being the business school, where you learn something very abstract that you likely won’t be able to apply until you are at the senior level.

> There are people less qualified than you, doing things you want to do, simply because they decided to believe in themselves.

I felt that I could prove my computer science knowledge, but business knowledge I couldn’t. I needed to prove to myself that I could make it in the business world, a test or grade wasn’t enough for me. After realizing this, I started a year-long journey that would eventually lead to Southern Cigar Co.

Knowing I wanted to create a business, my next problem was I had no money and no time. I was a full-time student without a job during the school year. With that, I started brainstorming business types that wouldn’t take up tons of time and that I could start with a relatively small amount of money.

After some time I came across subscription boxes, which seemed to work well. You only need a few thousand to buy initial inventory, get some boxes, website, and I’m good to go. Additionally, we only have to ship once a month. So this didn’t require that I pack and ship packages every day/week. Just a few days of packing and shipping and I can continue on with my life.

Now with the business plan setup, I need an actual product to sell. This process took the longest, but was the most important. Again, like I did before, I laid down my initial constraints.

I wanted to sell something “consumable”. I always felt like subscription boxes for something non-consumable, like socks, wouldn’t work. After a few months, you would have enough and cancel the subscription.

With that constraint in place, for the next 6-8 months, I would write down anything I saw that was consumable throughout my day. When I saw everything, I wrote down everything. This includes pencils, toilet paper, gasoline, or anything else that was consumed. At the end of the day, I would remove the bad ones, and make a list of top 1-2.

After about a week I would have a list of solid 3-5 ideas that could work. I would text my Dad, Mom, brother, and girlfriend with my ideas to see what they thought. My Mom always knowing I could do it stood behind all of my ideas (like a great mom should). My girlfriend generally took the middle ground, knowing I could do it but was hesitant. My Dad and brother weren’t as easy to sway and generally were my harshest critics (which ended up being a blessing in disguise). They asked me the hard questions making me think from different perspectives.

Eventually, ~ 6 months after I decided on building a subscription box I saw someone smoking a cigar and thought this was the one. But, as I always did I ran it by my advisors (Mom, Dad, and Brother).

With some hard convincing they seemed not to hate the idea, which was a good sign to me. So I did more research on my own and jumped right in.