Matthew Gibbs is an American entrepreneur. Matthew started Recruiterly, Inc in 2017 and is based in San Francisco.[1] 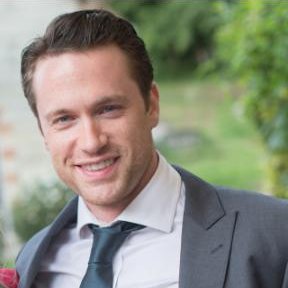 Matthew started Recruiterly, Inc in 2017. They detail the beginnings of their company in their Starter Story interview: [1]

Q: How did you get started on Recruiterly, Inc?

I have been in recruitment for over 8 years now, roughly. I had my first job with an agency in the UK when I was around 21 and then got back into recruitment about 7 years ago. I’ve since managed teams, whole branches, launched new offices in new countries and even started and ran my own agency successfully.

One of the biggest frustrations that I would always face - and this is often one of the core reasons truly great recruiters leave the industry - is constantly facing the negative stigma the industry has.

> Don’t let perfection get in the way of progress.

While in Hong Kong (I was asked to relocate by my employer at that time from Australia to open up and run the Asia office for them) I was introduced by a colleague from the Brisbane office to my now co-founder Jamie. We had dinner and a couple of beers and that was that.

Growing frustrated working for someone (no fault of theirs, just my nature) I reached back out to Jamie for a coffee this time. A few more serious chats later and we decided to leave employment, and founded a recruitment agency of our own, with the sole purpose of generating sufficient revenue to jump into whatever the solution is to the current recruitment industry's problems. That solution ended up being Recruiterly.

We started off brainstorming the challenges and frustrations, built some prototypes and tested this in person with recruiters and agency owners in Hong Kong. As we developed this concept, we started running at about a 75% approval rate of the concept so decided to develop further.

We partnered initially with a couple of dev-houses to get the MVP up and running, launched and started our 9-12 month period of user testing and research.

The feedback, market demand and the current trend in the industry continued to compound our confidence in the need. Now we had to figure out, two experienced recruitment leaders how to become technology entrepreneurs.

We took the business to a sufficient level of confidence, and the platform to a very early v0.0000001 and relocated our entire lives to San Francisco.

We re-launched nearly 2 weeks ago, now it’s time for scale.