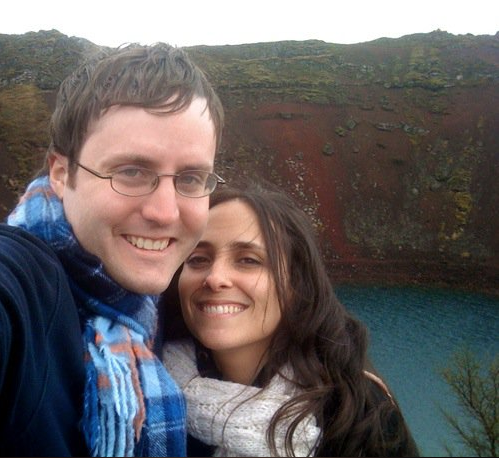 Matt started Boredwalk in 2014. They detail the beginnings of their company in their Starter Story interview: [1]

Q: How did you get started on Boredwalk?

Matt grew up in the DC area and always loved drawing and illustration, but it took a back seat to more “grown-up” pursuits when he first went to college (only to then drop out and join the workforce). Meredith went to school in DC, and after running into each other at various concerts and DJ sets eventually started dating. It was around this time that Meredith found some old illustrations Matt had done and encouraged him to go back to school and get his graphic design degree. She was already well-established as a software engineer, but Matt was still trying to figure out what he wanted to do professionally.

Three years later, after a move up to Baltimore and armed with a hard-earned degree, Matt started working for other people as a designer...and hated it. Around this time the two started their first brand, Ex-Boyfriend, as a weekend hobby, making trinkets like duct tape wallets and wrist cuffs out of recycled beer cans and selling them on Etsy. This eventually grew into a small collection of graphic tees. While Matt is an excellent technician who can execute design concepts well, Meredith is the art director and ideas person who comes up with 99% of the concepts that eventually become our designs.

As our order volume started to grow, we pivoted to focus more on the apparel, since we could outsource the printing and fulfillment of those, whereas the other items we were selling at the time were very high-touch and labor-intensive.

Around this time (2011) Matt was getting fed up with working for other people, and Meredith would have to listen to him whine about it every night, eventually just telling him “why don’t you just quit and focus on Ex-Boyfriend and see if you can turn it into a real business?” Thankfully Meredith was earning enough in tech to support us both, so Matt took the plunge.

After about 18 months of Matt working on Ex-Boyfriend full-time with Meredith helping in evenings and on the weekends, we hit a bit of a ceiling with what we were able to accomplish from Baltimore. At this point, revenue generation fell into one of three equal buckets: B2C online sales via our website and Etsy shop, selling at live events like comic cons, craft fairs, and street festivals, and B2B sales via wholesale trade shows, but vendor issues on the screen printing side were creating serious headaches.

At the end of 2012, we decided to move ourselves, our cats, and our business to Los Angeles to expand the pool of potential screen printing vendors.

Unfortunately, this decision to move coincided with the folding of our fulfillment provider. After testing out a few replacement vendors following the move to Los Angeles, we quickly realized that to ensure a fast turnaround and high quality, we would need to bring production and fulfillment in house. $35,000 in equipment investments later and we did just that, printing & shipping posters, wallets, belts, bags, and shirts out of our garage and handling marketing & customer service out of the guest room in our house.

However, the reality was that Ex-Boyfriend wasn’t generating enough revenue to pay the bills. We took a hard look at our creative output and determined that as fulfilling as the art we were making was to us, it wasn’t particularly trend-oriented.

We first tried starting a print-on-demand service catering to other artists to make up this shortfall and keep the new production equipment running 40 hours per week, but onboarding clients was an uphill battle.

So in January 2014, we decided we would create our ideal client, and thus Boredwalk was born. We spent 4-6 weeks researching the current trends of the time, cranking out hundreds of designs with a long-tail focus, and loading up a new Etsy store with them. Since we owned our printing equipment we were able to sell our items for a bit less than the other Etsy sellers, which helped us get some initial sales velocity, and we’d incrementally raise prices over the next few years to help control demand so our order volume didn’t outstrip our production capacity.

In late 2014 we had finally grown to the point where we needed more space and were able to move the business into its own space — a 1200 square foot flex space just outside of Los Angeles (still in LA County). We also brought on our first full-time employee at this time — Matt’s younger brother, who had moved out to LA to pursue standup comedy. He continued working for us until late 2017.

We still did live events under the Ex-Boyfriend name until 2015, but live events weren’t the most reliable income stream — a show that was great one year might be horrible the next, and the inconsistency was maddening. It was at this point we decided to focus on e-commerce only.

2015 also saw us expand our sales channels by adding Amazon’s marketplace to the mix. Initially, this move was a boost, and by the end of 2015 Amazon accounted for roughly 40% of our gross online sales. But at the end of 2015 Amazon decided to open up the clothing category to overseas sellers, and within three months our market share was cut in half as fraudsters in China hijacked our listings and undercut us on price, despite our participation in brand registry and copyrighting our designs. We spent six weeks banging our heads against the wall, trying to get Amazon to help resolve this, but it soon became clear that they have no interest in helping sellers protect their intellectual property.

We had launched our official online store on Shopify in March 2016 but didn’t know anything about how to drive traffic to a standalone website, as we had always really depended on marketplace sites like Etsy & Amazon and word of mouth for online sales. Ultimately we removed all of our products from Amazon, closed our Amazon storefront, and spent the second half of 2016 scrambling to replace 40% of our revenue.

We launched a couple of new brands, continued cranking out new designs for Boredwalk and Ex-Boyfriend, and limped into the holiday season, not sure how much longer the business would survive if we couldn’t figure out how to dig ourselves out of the hole Amazon had put us in. Two things catalyzed our growth at the end of 2016 and beginning of 2017 — the outcome of the 2016 Presidential election, and our decision to invest in ourselves and become marketers.

Conventional wisdom has always dictated that it’s best not to mix business and politics, but we were so demoralized by the overt misogyny and racism on display that we just shrugged our shoulders and said: “screw it; we’re going to speak our minds, and if we lose customers/fans, so be it.” So we started putting out a ton of left-leaning, progressive-minded designs, which led to a massive spike in sales around the time of the inauguration.

We also leaned into our propensity for cynicism and depression and began publishing new designs expressing our existential dread about the state of the world.

This shift in our creative output coincided with our decision to invest in ourselves and become marketers. Matt attended a small group seminar on email marketing in February 2017, and after getting our email program set up and dialed in we started advertising on Facebook in April 2017, first via an agency, but eventually bringing it in the house after hiring an expert for one-on-one coaching. Since then, our staff headcount has grown from three full-time employees (including ourselves) to 10, with more hires planned ahead of the holiday season.