Mary Drennen is an American entrepreneur. Mary started Nourish Foods Co. in 2014 and is based in Birmingham, AL.[1] 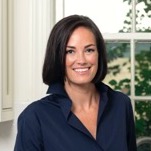 Mary started Nourish Foods Co. in 2014. They detail the beginnings of their company in their Starter Story interview: [1]

Q: How did you get started on Nourish Foods Co.?

I was born and raised in Birmingham, AL. My interest in cooking began at an early age in my family’s kitchen, helping my mother (an avid home cook and proponent of family time) whip up simple, yet delicious Southern-focused fare. These early interactions and memories fostered my passion for the culinary arts.

In 2004, after culinary school in NYC, I moved back to Birmingham to work for Cooking Light (a Time Inc. publication) in their test kitchen. Tiffany (my co-founder) and I were both tasked with creating healthy recipes for home cooks, that were not only balanced nutritionally but beautiful and creative as well. Although food delivery, as an industry, wasn’t even born, we were planting the seeds for what would launch as Nourish 10 years later.

Fast forward to 2012, I was contracted to produce a line of healthy, prepared meals for a fitness company in Birmingham, under an exclusive, private label. Each week we would email out a five-day menu, take orders from each gym on an excel spreadsheet, and then produce and deliver the purchased meals across the city 3 times a week. The first week was 400 meals, then 900, then 1200 and it completely swallowed me whole in the first month. I hired 2 full-time chefs and a part-time dishwasher in the first 4 weeks.

In the same year, the fitness company franchised their model and sold 50-60 units across the Southeast. Most of the initial franchise owners were also members of the gym in Birmingham, so they came to know and love our product we were delivering to the local gyms.

Over and over, those new franchise owners wanted me to figure out how to translate our food program here to their local market. We assessed doing a “franchise” model ourselves, where I would contract with a local chef to produce the meals based off of my recipes.

Ultimately that didn’t work how we intended. After lots of consideration, I knew this was the opportunity to test the logistics side of shipping fresh meals.

For a chef with a culinary backgrounding, learning the distribution process of shipping, sourcing packaging, and coolant was overwhelming in that first year. We shipped our first cooler boxes to gyms in Nashville, Atlanta, and New Orleans in December 2013. Despite making plenty of mistakes, our products began selling and I quickly realized the market for this was HUGE.

After months and months of begging and pleading, I finally convinced Tiffany to leave Cooking Light in June 2014. We knew there was a larger market for our products outside of the fitness world.

At the time, Tiffany and I were both single moms. Working long hours, crazy busy, trying to stay healthy in our 30s, and juggling children (and their crazy schedules). After months of questions and requests from others in the same boat, we knew that this was not just a problem for us. However, the solution was actually really simple for us. We launched Nourish in November 2014 to address this problem head-on.