Louise Wild is an American entrepreneur. Louise started The Little Teepee Company in 2019.[1] 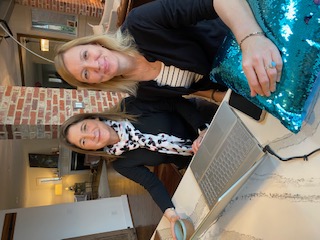 Louise started The Little Teepee Company in 2019. They detail the beginnings of their company in their Starter Story interview: [1]

Q: How did you get started on The Little Teepee Company?

This is the first time we've tried anything completely different from our previous careers. We came to D.C at virtually the same time (Louise in August 2018 and Jane in September 2018) and literally bumped into each other at an Estate Sale in Chevy Chase! Two Brits queuing for furniture for their new rentals in D.C. We hit it off instantly and formed a lasting friendship that has now blossomed into a small business. A win, win.

Three-quarters of the way through our first year in D.C we’d settled our children into schools and gotten used to our husbands being away for a large part of the time-traveling internationally wasn’t a surprise as we knew it was part of the package, but it didn’t allow for a normal 9-5 job for a trailing spouse either. The great thing about the teepee parties was that we could book them in to fit around our schedules at times that we knew we could deliver and set up.

The idea first struck us while looking for ideas for birthday parties. We both have sons the same age and they were just old enough for sleepovers so we started searching. We came across the teepee parties through a friend of a friend who had set up a company in Northern Ireland offering Teepee Sleepovers there and discovered that there was nobody in D.C offering this service, so we decided to create our own. This was back in 2019 so we set to work coming up with party themes, creating a website (which neither of us had done before), and sourcing teepees and accessories. This took about 3 months and so by September 2019 we launched The Little Teepee Company.

We knew our main customer base would be children’s birthday parties so we promoted ourselves at our kid’s school fairs which took place in October and November of 2019 where we set a competition to win a #BFF party and talked directly to our target audience to get more ideas for themes. By November we had secured our first ‘Starry Night’ themed sleepover party! And the winner of our #BFF competition reviewed us on Our Kids. We were off to a steady start.