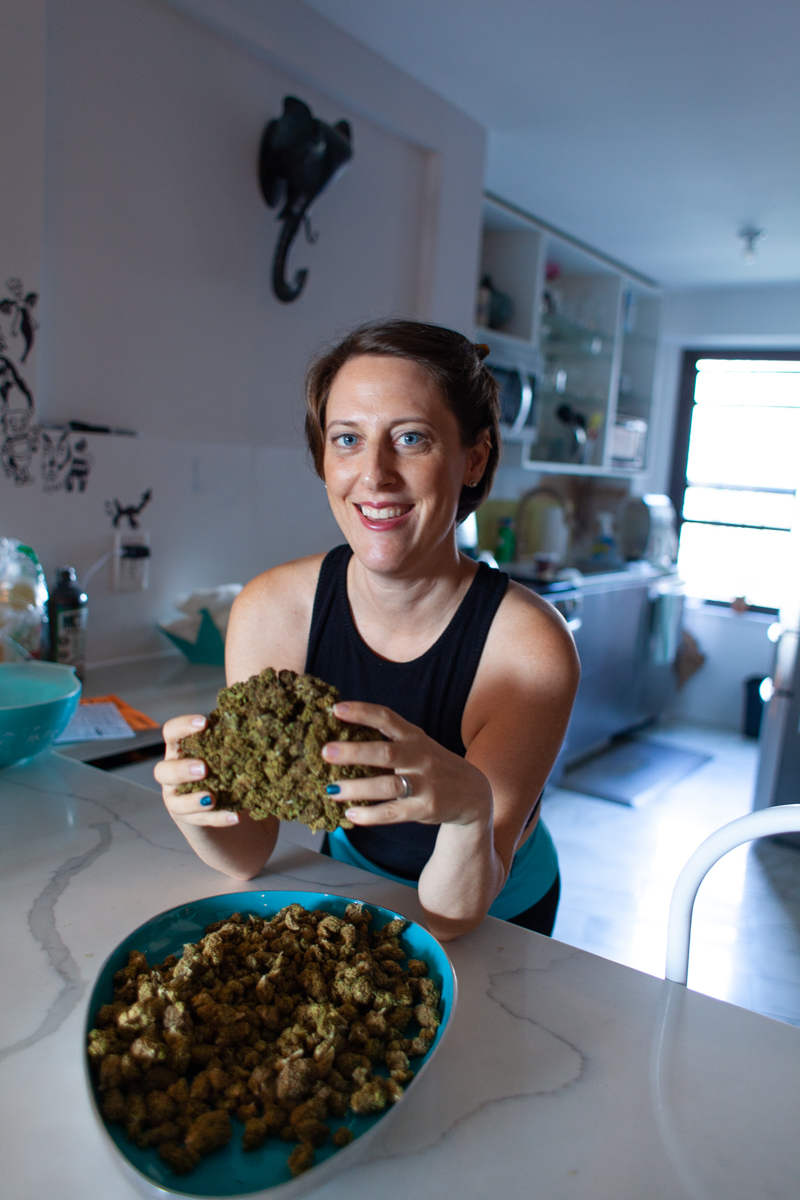 Lauren started Popped.NYC in . They detail the beginnings of their company in their Starter Story interview: [1]

Q: How did you get started on Popped.NYC?

I was thrifty from a young age and by 10 I had saved up a thousand dollars. I loved going to the bank and depositing money and feeding my passbook through the printer to see my new balance. Ah, the ’80s, those were the days!

My first job was working reception. Later, I was fired from a clerical job after a week. I spent a summer in retail at the mall and spent two years teaching and managing a Hebrew School.

After trying a few schools I settled down at the University of Florida where I became a member of Phi Mu Fraternity. I studied advertising with a handful of business classes to my father’s approval - yup, I need a lot of validation. Can you relate?

After school, I moved to New York and took a job in publishing - because advertising was way too sexist. My favorite job was working as a graphic designer at Scholastic. It really felt like I was living “13 going on 30” - working with smart, nice women.

After a round of layoffs, I went back to Scholastic but the financial roller coaster of freelance life made me ill - literally, I couldn’t eat. People were saying how skinny/amazing I looked as if that were a consolation. It was. Blarg! I found a job with Herff Jones and spent 10 years in scholastic journalism, advising teachers and teaching students about publication design, copywriting, and production. It was extremely rewarding - personally and professionally. I love working with teachers - they are largely extremely patient and kind.

Although the schedule was ideal for raising children I didn’t see a future in the industry and decided that if I was going to stay with publishing I needed corporate experience. I went to RR Donnelley, a Fortune 300 company where I learned much about efficiency and structure - but it took a little piece of my soul. The laypeople were great but the leadership was an old boys club and the atmosphere was at best sterile. The glory days of magazine publishing were over and the company was trying to figure out how to pivot. Basically, the same thing I had left in yearbooks at a larger scale.

The money was great but there was no camaraderie, no energy, no mentorship opportunities. In fact, I helped start a women’s networking group where the lead women were disempowering toward one another - well, towards me anyhow. I was called fun names like “opportunistic” and told it wasn’t an insult. Check Webster, lady!

I knew I was going to be laid off. I missed creating things since the job was strictly sales. One night, at a neighborhood Halloween party for my community’s children, I told a fellow parent about my pipedream to open an artist cooperative for locals. He had access to space and encouraged me to pitch it to the board. I did and a few weeks later I opened my first retail space. Think brick and mortar Etsy. It was unsustainable, but it provided me an education in retail, products, and consumerism that was fascinating. And that was how I discovered that some people were willing to spend money on handmade, natural products - like body butter.

I spent months studying cannabis, networking with the few people I met that were out of the green closet. I was trying to navigate the space. I spoke with the makers I knew from my store and tried to spark interest in collaboration. I hosted weekly meetings with out of work friends singing the cannabis gospel.

And then I went to California to visit family. Vaping was all around me, it was nuts. Everyone had one, little puffs of vapor everywhere. I got one and brought it back to NY. All of a sudden people were interested in talking about cannabis because they could see my Bat Signal of vapor and sidle up to me. I had to figure out how to distribute cartridges - that was mine in. So, I went to a Women Grow meeting and walked up to the girl with the big sign that said vapes and after a few minutes, I exchanged $400 for a bundle of vape cartridges. Then I purchased a sign for $50 and rented a booth at Hester Street Fair for $85 + table and chair. It didn’t take long to break even on that first Saturday. 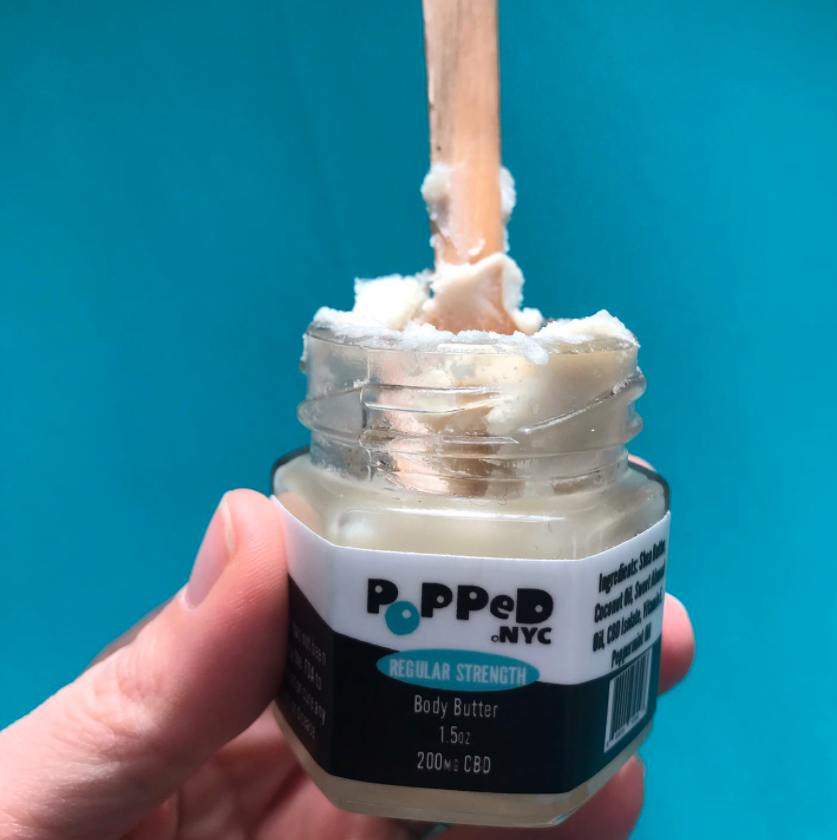 And there I was, getting paid to do market research for my company. With the sale of the vapes, I had an opportunity to have conversations with consumers who wanted CBD and didn’t know how to get it or who to trust. The biggest thing missing in the market was a topical product so I decided that would be my inaugural product. I tested the products weekly at the fair.

I chose body butter because this product is not regulated in the same way that others are. Originally I wanted to make edibles but I realized with the regulation of the food industry - which I didn’t have experience - it would be an extra obstacle.