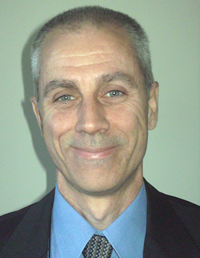 Kel started Sanuku APM in 2017. They detail the beginnings of their company in their Starter Story interview: [1]

Q: How did you get started on Sanuku APM?

I worked a few different jobs after high school before deciding to tackle University in my early 20s. When I was one subject off finishing a Bachelor of Commerce degree (with a major in Accounting) I decided to venture to Japan – my neighbor and I planned for a 4-week summer vacation and both of us ended up staying almost 12 months. The working holiday visa program between Australia and Japan offers a fantastic opportunity for such experiences. There was something about the Japanese culture and structured manner of the society that really pulled my strings.

> Be flexible and be open to the possibility (and real likelihood) you cannot get everything right all the time. Accept mistakes and move on.

I returned to Australia, completed my degree, and headed back to Japan the following year for a 6-year stay. During that time, I worked in a management position that I was fortunate enough to wrangle. That was an amazing period. I worked hard and taught myself Japanese to a reasonably proficient level. Most weekends during the winter season I went snowboarding, and every other weekend throughout the year, when there were waves, I went surfing.

It was during these years that I was involved in my first business venture - more a profitable hobby really - with a couple of Japanese friends, importing snowboard equipment and clothing from the USA, and distributing it in Japan. The snowboard goods business was in the days before websites and email. We succeeded in the old-fashioned way with word-of-mouth, which is still an excellent tool, flyers on windscreens, telephones, and fax machines. All sales were collected via bank transfers. It was borne from our desire to pay for our snowboarding trips each week, new snowboards each season, and the occasional overseas trip.

Years later, I provided part of the seed capital to these same friends to launch what is now one of the largest BBQ restaurant chains in Japan, with over 50 outlets and 600 full and part-time employees. My friend, Yoshi (that is me with Yoshi after a surf at Chiba) was also the first in Japan to set-up streaming cameras at beaches throughout Japan. That was an idea he floated in the early 90s just as the internet was expanding. I wish I had his vision. He is now my mentor and a support to me with the preparations for the launch of my brands in Japan. I guess that is a great example of paying it forward! 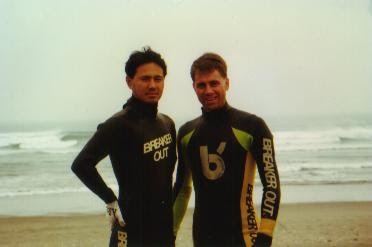 So, back to the side-business of selling snowboards. I was working a full-time and demanding management role at the same time that we were running the snowboard business, working Japanese ‘salary-man’ hours and often returning home after 9:00pm most nights. I would then sleep a few hours and get up to call suppliers in the USA with orders – it was problematic as we had suppliers on both the east and west coasts. If I was lucky, I managed a couple more hours of sleep before leaving for my day job at 6:05 am. I still remember that I had to leave my apartment at that time, or I would miss my train up to Shibuya in Tokyo. The wonderful thing about the train system in Japan is that if a train is scheduled to depart the station at a certain time, that is most certainly what will occur. If the train is late, or early be even a minute, an apology is given over the loudspeaker.

At some point I chose to return to Australia to add an MBA to my name, returning to Japan yet again and taking up a role with a small management consulting firm until March 2011. During those years I gained valuable insight into small and medium-sized businesses. I had also launched another business in 2004 which was related to sports and was reasonably successful but still more a hobby than a full-time enterprise, and so that did not offer the satisfaction I desired.

I began to turn my focus more toward matters of health. I had always held a strong belief that keeping healthy through exercise and a sensible lifestyle was important, but it was not until 2017 that I was ready to launch into the health supplements market. During this time, my wife and I had moved our young family from Japan to Thailand. To be honest, I did not want to leave Japan – I had lived in Japan for most of my adult life - but in March 2011 the Tohoku earthquake and subsequent tsunami caused significant damage to a nuclear power station in Fukushima and there was a very real possibility of a meltdown that would endanger much of Japan. We were concerned about the long-term health of our children so chose to relocate to Thailand.

So, turning a negative into a positive, I took the opportunity to focus upon launching a new business related to the health industry, and specific supplements. I wanted to build upon my limited knowledge but solid appreciation for natural products, and with a desire to build a business that would serve a purpose in providing customers with products that are beneficial to their long-term health. As a result, the SANUSq brand range of products was born.