Justin Anyanwu is an American entrepreneur. Justin started Lazy Jar in 2017 and is based in Raleigh.[1] 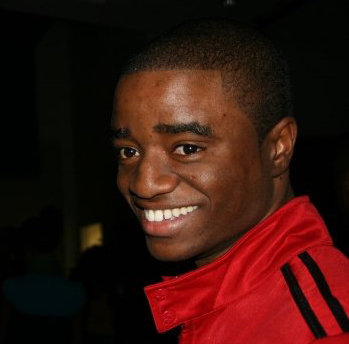 Justin started Lazy Jar in 2017. They detail the beginnings of their company in their Starter Story interview: [1]

Q: How did you get started on Lazy Jar?

Ever since I was young, I always loved creating things. My first passion as a kid was being a farmer. I loved the idea of planting seeds and watching them grow into something more valuable than the seeds they came from.

My passion changed from farming to electronics when I observed my uncle fixing televisions. The mystique of electronics had me wanting to understand them, so I took a particular interest in physics and mathematics.

Just do it! Cliche, but very true. The worst thing that can happen isn’t failing. It’s not knowing what could be.

My passion for electronics suddenly evolved into an interest in computers after I came to the United States. So I ended up studying computer engineering and electrical engineering in college. Interestingly enough, my passion for entrepreneurship hit me near the end of my college tenure. It was then I had my first foray into entrepreneurship. I built a marketplace for college students with a friend. It would allow students to bypass the greedy bookstores and sell their textbooks to each other for a much better bargain.
My passion for entrepreneurship hadn’t waned since even though I now had a 9-5 job. I started my first official business with my two brothers. It is an anime clothing brand based on original artwork. The brand is called Boomslank. It took us eight years, but we managed to grow it to $230k in annual gross revenue for 2018.

Still, my passion for entrepreneurship raged on unsatisfied. Somewhere along the lines, I took a particular interest in business models that maximized profit margins, and I decided a software company would be the best business model that met this criterion.

Leveraging my minimal experience in writing code, I decided to create Innovative Bit Inc to offer software solutions to niche groups. Our first product was called Eventloot (which ended in a spectacular failure).

While working on Eventloot, I noticed I was starting to gain weight. This was due to the fact that I had been neglecting my health. I was no longer working out as often as I used to. I always had an excuse that spared me a trip to the gym. It was the day that I had noticed a picture of myself looking a little chubby in the face that I decided that something had to give. At the time, I had a membership to a kickboxing gym. It was an excellent gym, but I rarely went. And despite the fact that I was paying whether I went or not, I still rarely went to it. So I decided my problem was one of discipline and a lack of consistent effort. It was at that point I started mulling over the idea of an app that could hold me accountable for my commitment to exercise.

This app would have to penalize me any week I didn’t put in quantifiable effort in exercising. This effort would be measured in terms of miles, calories, steps, and minutes of activity. Seeing that everyone has different abilities, I allowed users to set their own weekly goals. These weekly goals are tracked via the Fitbit or the Apple Watch. The main reason for doing it this way was to make it easier on the user. All the user has to do is make sure their wearables are synced with either Fitbit’s Web app or Health Kit for the Apple watch. 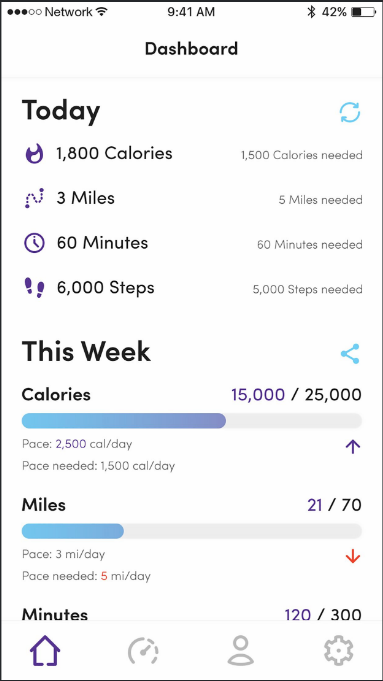 When setting up their Lazy Jar account, the user will be asked to define how long they’d like to commit to doing their best to meeting their weekly goals. They’d also be asked to define how much they’d like to be penalized when they fail. So every Monday, users are audited on their performance for the previous week. If they didn’t make it, they ended up paying the amount they defined. If they made it they got the satisfaction of knowing that they stuck to their goals and that they’re building some discipline and consistency. Two things that are key in seeing results.

As far as validating the idea, I didn’t. At the time, I simply wanted something that would solve a personal problem. And it worked quite well for me. And it was later I decided that people might also want something like this. So I launched the app on Product Hunt to a fair amount of fanfare. I was approached by a writer for PSFK to do a small feature on their site. So that was kinda motivating.

Building Lazy Jar was done by hiring freelancers on Fiverr. All expenses for its development were done out of pocket. Since I lacked startup capital, I had to get creative with obtaining users. I’d email as many writers as possible about the app and would welcome invitations to talk on Podcasts. I did run a $50 Facebook ad campaign, but it was nowhere nearly as fruitful as the free creative ideas that I described earlier.

I don’t intend to spend money on ads anymore until I can confidently judge there is a significant ROI to be gained from it. So my current strategy is to rely on creative tactics that generate word of mouth and a little bit of buzz on the internet.