Johanna Denize is an American entrepreneur. Johanna started Clever Travel Companion in 2011 and is based in Remote.[1] 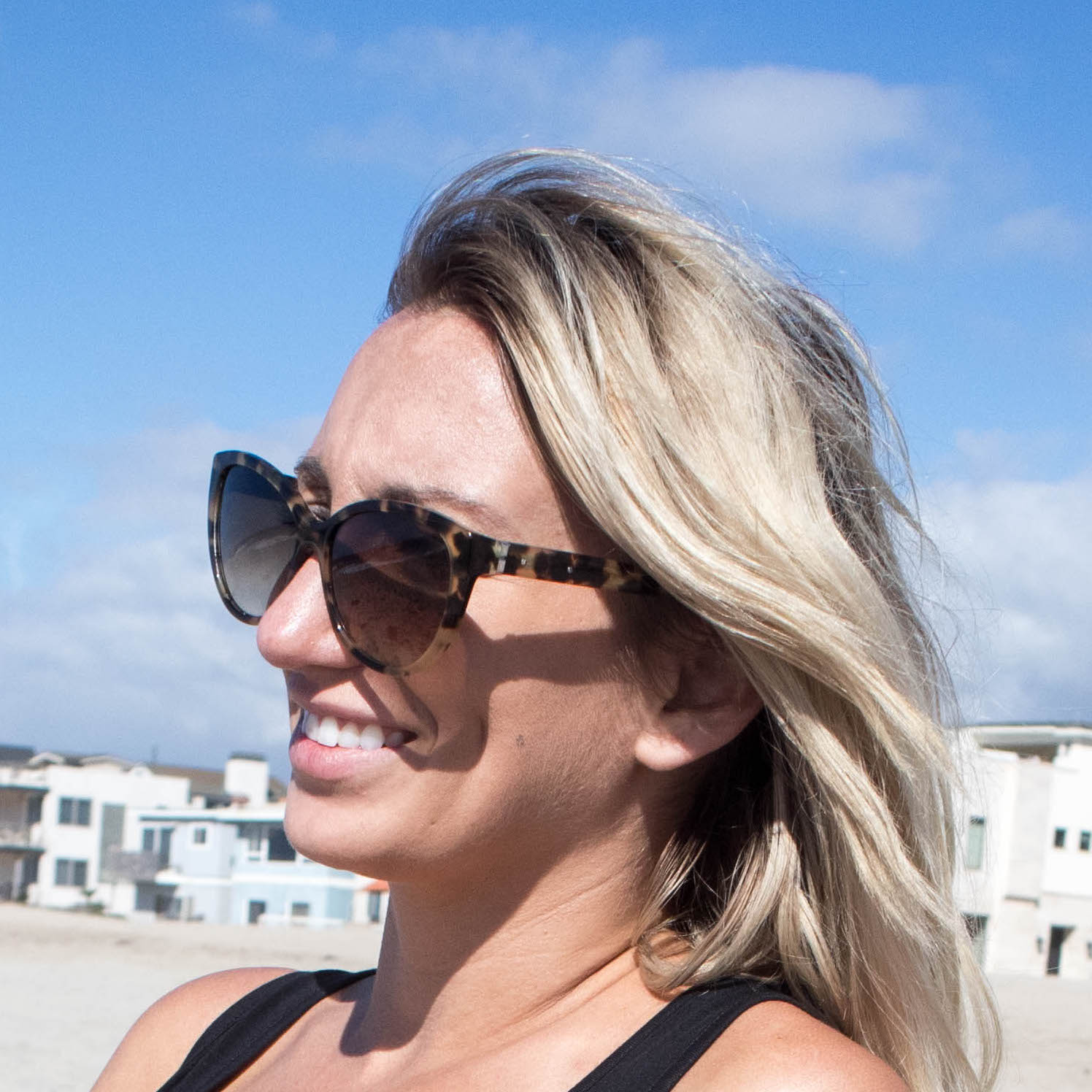 Johanna started Clever Travel Companion in 2011. They detail the beginnings of their company in their Starter Story interview: [1]

Q: How did you get started on Clever Travel Companion?

I have always loved to travel. In fact I met my now husband when we were both studying in Moscow. We are both from Stockholm, Sweden, where we had never met, even though we had friends in common. We were in our early twenties and decided to travel together. We went backpacking across Asia, and started out with taking the Trans Siberian railroad from Moscow to Beijing. It was quite an adventure and definitely not luxurious at all. This was in the early nineties and Russia had just opened up. I ended up getting things stolen from me on the train to my great chagrin as we were both poor students at the time.

Earlier, when I was 16, I had spent an entire summer delivering newspapers, starting at 4 in the morning, every single day. I had saved up to go to London. In London I had my money in my inside pocket, yet somehow a pickpocket got to me. I lost my entire savings in a matter of seconds (there were no credit cards in those days for kids). I was pretty devastated.

After these incidents I tried all the regular travel safety stuff, such as neck pouches and money belts, but they were just not any good. They are cumbersome, sweaty and just not doing it for me. I have spent many nights in hostels fretting about my stuff - at 17 I went to Greece with some girlfriends and we stayed in these funky hostels on the roof of a house. It was basically just bunk bed after bunk bed and a shower room. People had their stuff stolen regularly - there were no lockers, nowhere to hide anything. So we walked around with all our money and passports on us at all times and we slept with our bags in our beds. It was exhausting trying to make sure everything was safe all the time. For years I had this idea of making better travel safety gear but life got in the way: university, work, etc. 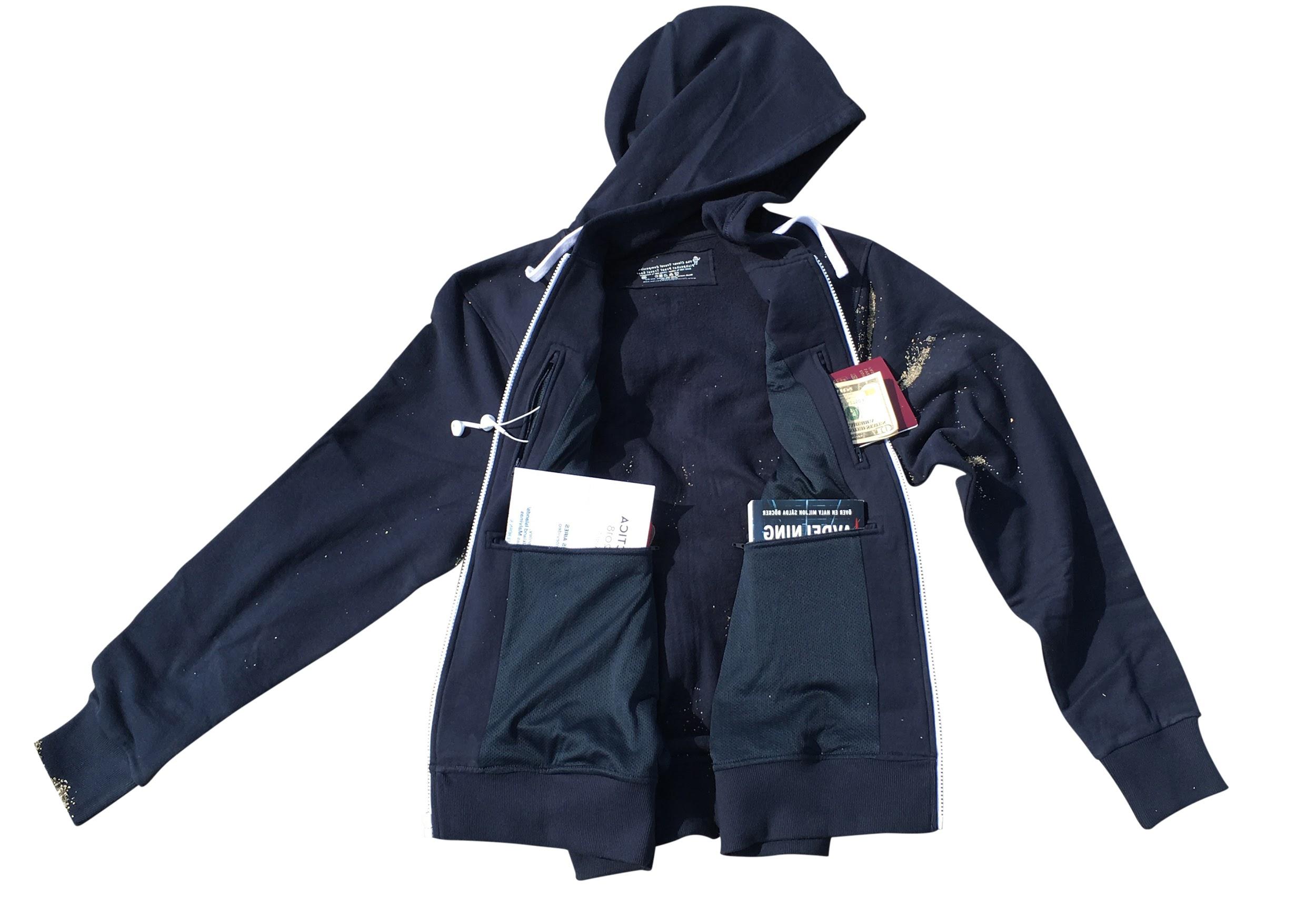 We both worked in venture capital and the startup world prior to the 2000 .com crash. It was fun and we learnt a lot super fast. As young, newly graduated ‘professionals’ we got to do what usually takes years to do: we were CEOs of startups, we had employees, offices abroad and managed a lot of money. Unfortunately it all came crashing down and we never lucked out and cashed out as many others had time to do. We still had to work and were broke again. For many years we worked as consultants to startups and we also tried, to various degrees of success, starting new ventures.

When our son was born we decided we did not want to ever go back to a 9-5 desk job or live conventional lives. We wanted our freedom and most of all we wanted to spend time with our son, not have him taken care of by others every day and only see him at night. We also wanted to see more of the world. We wanted to travel. We decided to overhaul our life and become nomadic for real, rather than try to find somewhere to settle down. We had tried settling down and renovated house after house in hopes that it would be the one. Alas we always felt a need to move, to see more. So we decided to become nomadic. To do this we needed a business that would comply with our lifestyle. We decided it was finally time to start our travel safety company.

We had already designed the first products. We had been to China a few years earlier looking for bag manufacturers and we knew a lot about the sourcing process in China. We started working on all levels at the same time developing the product and building a website and all that comes with a startup.

As for validating the product, we based it off our own experiences and also talking with fellow travelers. We had thought about this product line for years and we knew the market and that it was a good idea.

It is funny, in the nineties it cost hundreds of thousands, if not millions, to build an ecommerce platform for a startup and it took months to complete. With today's ecommerce software it is is just around 30 dollars a month, and you can have a rudimentary looking store up and running in a day. It is amazing how this sector has developed. After some research we decided to go with Shopify. This was 2011 so even Shopify was pretty new at the time. Setting up the store was easy, it is pretty much self explanatory. Getting the first shipment of products however, took much longer. We went through many iterations and quality checks for the first products, until we finally had what we wanted. Our first products were mens and womens underwear with two secret hidden pockets to store money, credit cards and passports.

Why underwear? Our initial thought was that the traveler needed to be able to completely hide the valuables and to also be able to sleep with the stuff hidden and never misplace them. After all, who misplaces underwear?

Our research showed that upwards of 50% of travelers at some time either lose or get their belongings stolen when traveling. It is a huge problem for insurance companies, reimbursing theft and loss. We decided that our first product should be something that truly worked and that would be fun for the press to cover.

We initially did everything ourselves, the site, the designs etc. We are completely self funded, and we ran, and still run, everything very lean. There is not much one cannot do or learn to do with some effort put in.

I clearly remember our first sale. Everything was set up, the site, the logistics, and I had started doing PR by emailing travel writers. Our first article mention was in Australia, in the Sydney Morning Herald. We woke up one morning to several orders from Australia but we couldn’t find the source online. It turned out there had been a small notice in the offline newspaper and that tiny notice worked and immediately translated to sales. After this initial small success, getting more PR was our goal. I emailed everyone I could find. I sat down and researched travel writers names and emails. It took forever and it was just hard work. Many writers do not offer their email addresses online if at all, and it takes quite a lot of research work to find them I reached out to hundreds of writers. Eventually it started to pick up steam - the travel editor at LA Times covered us for a gift guide just before Christmas and that really helped.

It was very, very slow going and I spent countless hours doing media outreach, mainly just emailing writers and bloggers. Most never replied, most ignored me, and many probably never even opened the email (these days I use MailTrack.io so I know who reads what, whereas in those days it was really cold emailing) but some responded and asked for samples and covered us. Of course some just wanted free stuff and never wrote anything.