Joey van Koningsbruggen is a Dutch entrepreneur. Joey started Jimmy Joy in 2014 and is based in Amsterdam.[1] 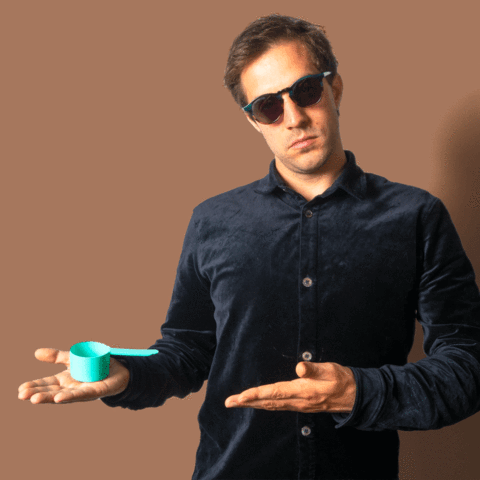 Joey started Jimmy Joy in 2014. They detail the beginnings of their company in their Starter Story interview: [1]

Q: How did you get started on Jimmy Joy?

I got annoyed with having to choose between healthy or fast food. So I set out to create healthy fast food. Which then became a mission to create the healthiest meal scientifically possible. Starting with interns from the University of Wageningen and by partnering with a large manufacturer of baby food, the first recipe was created to be as close to health recommendations from the World Health Organisation.

When the company grew I hired a food technologist, a research analyst and worked with certified dietitians to do in house research to improve further health. Food is more than just the nutritional makeup however and recent updates focussed on flavor and sustainability too. Real fruit was added to improve flavoring and the highest quality ingredients were sourced to create not only the best in nutrition but also in texture, creating a smooth milkshake-like experience.

When I started there was nothing like it in Europe, I made it because I really wanted the product to existing here like it did in the US. The US company was focussed on making meals as close in the experience of drinking water. I immediately felt the need to work on taste. Even though the focus of our meals is nutrition, the taste is still very important, which is why I started with different flavours and options, flavoring with real fruit, vanilla sticks, and cacao.

The idea wasn’t very validated at the time. I wanted it, soon my friends wanted it, then their friends, etc. It grew from there and got a lot of media attention, BBC, Men’s Health, etc.

Later a lot of other companies joined with big funding, Huel started making nutritionally complete meals in the UK with millions in funding only one and a half years after me, a company called Feed popped up two years later also with millions of funding.

The idea is very validated now but back then it was a very bizarre thing to be able to have all nutrients for a meal in one go, which the media loved. The free press was lovely but we had to change our name because we got sued for the former brand name.

I got a lot of free press because a friend of mine wrote a piece for Vice. He really liked the fact that I was a drug dealer once and so he made it a prominent part of the article which made it go viral. It got translated and published on all the Vice sites in the world. That spiked interest, which drove more journalists to write my story. It got really crazy, I got invited to a big national talk show, the BBC made an item on us. At one point I was even followed around by an entire video production crew trying to make a reality TV show out of my life. Joey’s Wereld it was called ‘Joey’s World’ in English. I enjoyed the whole ride but it was a little over the top. Media trembled over each other just to write and shoot the exact same item that another outlet already made just because it did well there. It was fun nonetheless and it drove a lot of traffic so I am not complaining lol.

When I started the company I just finished college and had no funding at all. At one point we had a 14-day backlog and used the funding from customers to actually create the product. Those early customers are really what made the company and were very supportive for example during delays, almost like friends, the internet is such an amazing place. As long as I was able to explain what I was doing in blogs and video’s they were very forgiving on delays.