Hagan Walker is an American entrepreneur. Hagan started Glo® in 2015 and is based in Starkville, Mississippi.[1]

Hagan started Glo® in 2015. They detail the beginnings of their company in their Starter Story interview: [1]

Q: How did you get started on Glo®?

The story of Glo starts in 2015 - my senior year of college. I wasn’t the best student or the brightest, but I found my niche and studied electrical engineering. I thought I had it all figured out - I had some great internships lined up and were the first student from the state of Mississippi to intern at Tesla in Palo Alto, California. My passion was automotive engineering and we had a great program here at Mississippi State University, called EcoCAR, that gave me some excellent hands-on engineering experience. The goal was to make it to Tesla, get offered a job, and take off to California.

I was offered a position at Tesla as a body controls engineer, working on the falcon wing doors for Model X, but fate had different plans. I turned that position down to return to Mississippi and take a chance with something a bit different - making light-up drink cubes. You see, right before I left for my summer internship at Tesla, a friend of mine asked for my help with a classroom project. Kaylie Mitchell was studying graphic design and her professor tasked her with coming up with a conceptual company and product that naturally drew one’s eye to the product. Kaylie thought, if a drink lit up, people would inherently look at it. She wanted to go above and beyond on this assignment and reached out to me to create a prototype for her class assignment.

We decided it had to be liquid-activated for ease of use and sanitary reasons. The first prototype was made out of a toothbrush travel case with some electronic components encased in hot glue to make it waterproof. It certainly wasn’t pretty, but it worked, and her professor was impressed with the initiative. She encouraged Kaylie and me to present the idea for this conceptual company and the product to the Mississippi State Center for Entrepreneurship and Outreach’s (CEO) annual competition. We decided to give it a try - there was nothing to lose. Neither of us had a background in business, but we practiced, rehearsed, made new prototypes, and finally presented.

We won first place - $15,000 and free participation in a summer incubator program.

While I was off at Tesla that summer, Kaylie spent the summer helping to further refine what the hell we were doing. I would task friends that I met during my internship into helping design CAD models, and we used a bit of the money from the competition to buy a 3D printer. We shipped it to California and it was in the closet of the room that I was renting. I’d work at Tesla during the day, and then my friend, Nick Beyrer, and I would print 3D prototypes at night. I’d ship those back to Kaylie for the weekly design reviews that she had to participate in, and that’s how our first 124 prototypes were developed. 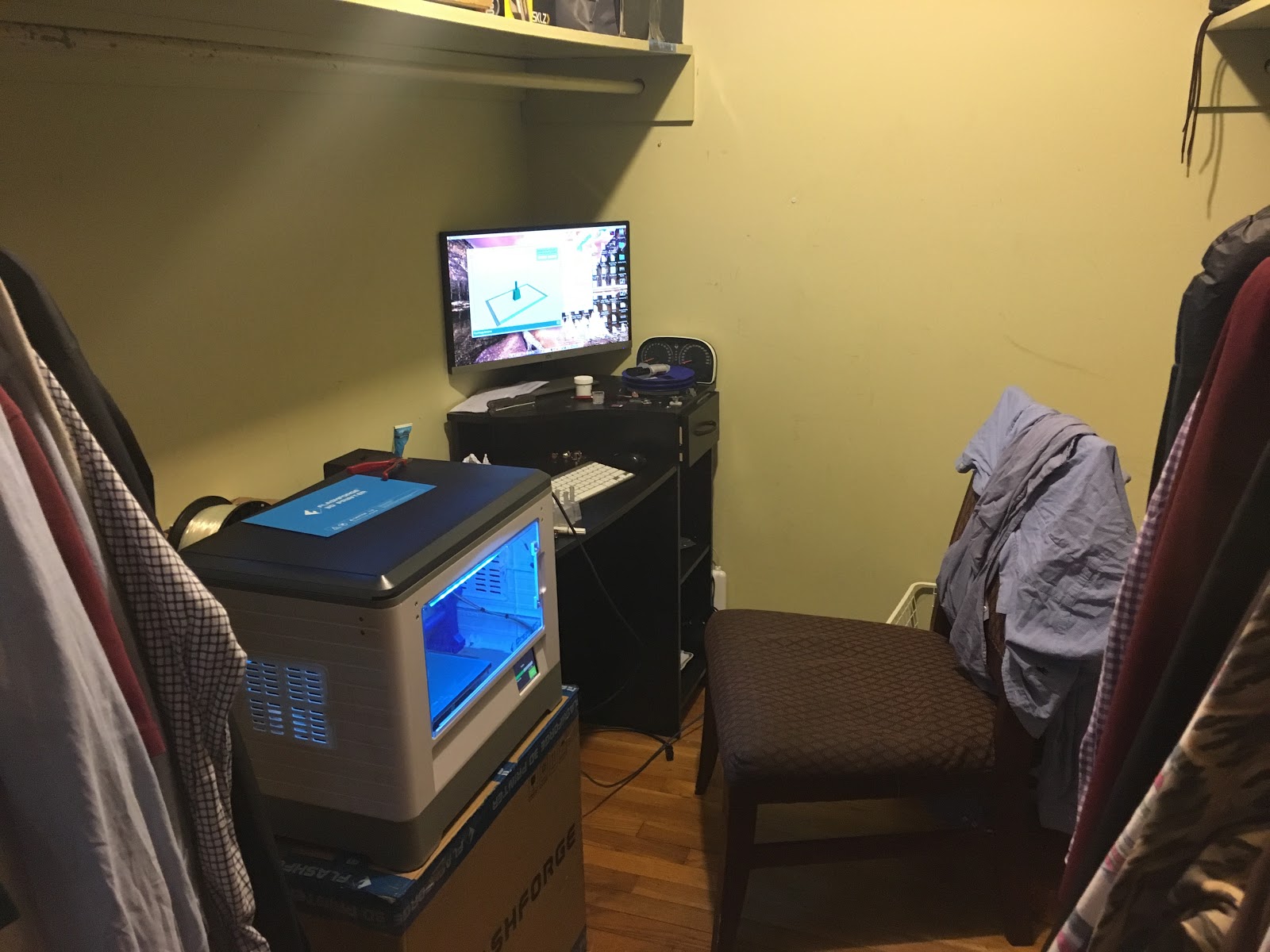 The 3D printer in our first “office” - a walk-in closet

At the end of summer, Tesla asked if I was interested in staying on. At this point, Kaylie and I thought we had a good chance of finding an angel investor. I packed up and headed back to Mississippi to finish my final semester and make a final decision on my post-graduation life. We found an investor, and I decided to stay in Mississippi - trading my automotive engineering dreams to instead created liquid-activated, light up drink cubes.