Gretchen Bayless and Taylor Hood is an American entrepreneur. Gretchen started ROAMERICA in 2016 and is based in Portland.[1]

Gretchen started ROAMERICA in 2016. They detail the beginnings of their company in their Starter Story interview: [1]

Q: How did you get started on ROAMERICA?

We are two adventurous souls who met on the Oregon Coast in February 2010. In the beginning, it was all about traveling to find surf and deep snow without the crowds. We originally traveled around in a 1998 Toyota Tacoma with a canopy. It was a great vehicle for accessing all sorts of amazing places but when it turned cold and wet, it became quite uncomfortable, especially with our 2 dogs.

You have to play the long game, and during that game you will most likely be close to broke, SO YOU MUST LOVE WHAT YOU ARE DOING TO CARRY YOU THROUGH THOSE HARD TIMES. The ones who press on and don’t quit, are the ones who reap the rewards.

We always dreamt of having a vehicle that could keep us dry throughout the Northwest winters and allow us to access snowy mountains and desolate sandy beaches. In 2013, we upgraded our vehicle to a 2006 4x4 Ford Econoline cargo van. We threw a cooler, futon mattress and a couple seats inside, we had our perfect set up. 6 years later, we have a toddler and baby #2 due in May so we’ve upgraded the layout of a newer Ford Econoline to include a sofa bed that has seat belts for the car seats, a portable fridge/freezer and plenty of storage and room for the 2 pups and all our gear. As our life changes so does the layout of our van. See a little more about our family on our Instagram Highlight Reel.

How we came up with renting campervans is a funny story. We were both trying to unwind one night in early 2015. (Taylor was working in construction, Gretchen in web development and living in Portland, Oregon). These were careers that we both knew we wanted to get out of. It was a lot of computer time and only adventuring on the weekends. We knew we wanted to start a family, move back to the Columbia Gorge, and have a more flexible schedule. So Taylor looked over at me and said, what if we rented Sportsmobiles? Now, Taylor comes up with A LOT of ideas and I usually turn them down but this one just stuck. I said yes right away and that night we were researching the idea.

We didn’t have any experience with a rental business but Taylor has a background in construction and I have a background in branding and web design. We both love traveling, exploring and getting lost on dirt roads. Turns out, this was a good combination and we figured, the rental part is something that could be learned.

We started with one 1998 campervan. We wanted to ‘test the market’ before we bought a $100k rig. We operated out of our home to save money and without any marketing we booked that 1 van for the entire summer in about 6 weeks of being online. The power of search engines! We had a total of 20 reservations for that 1 van in 2016. We were hoping for 6 total! So, after the beginning of that first season, we knew we were on to something. 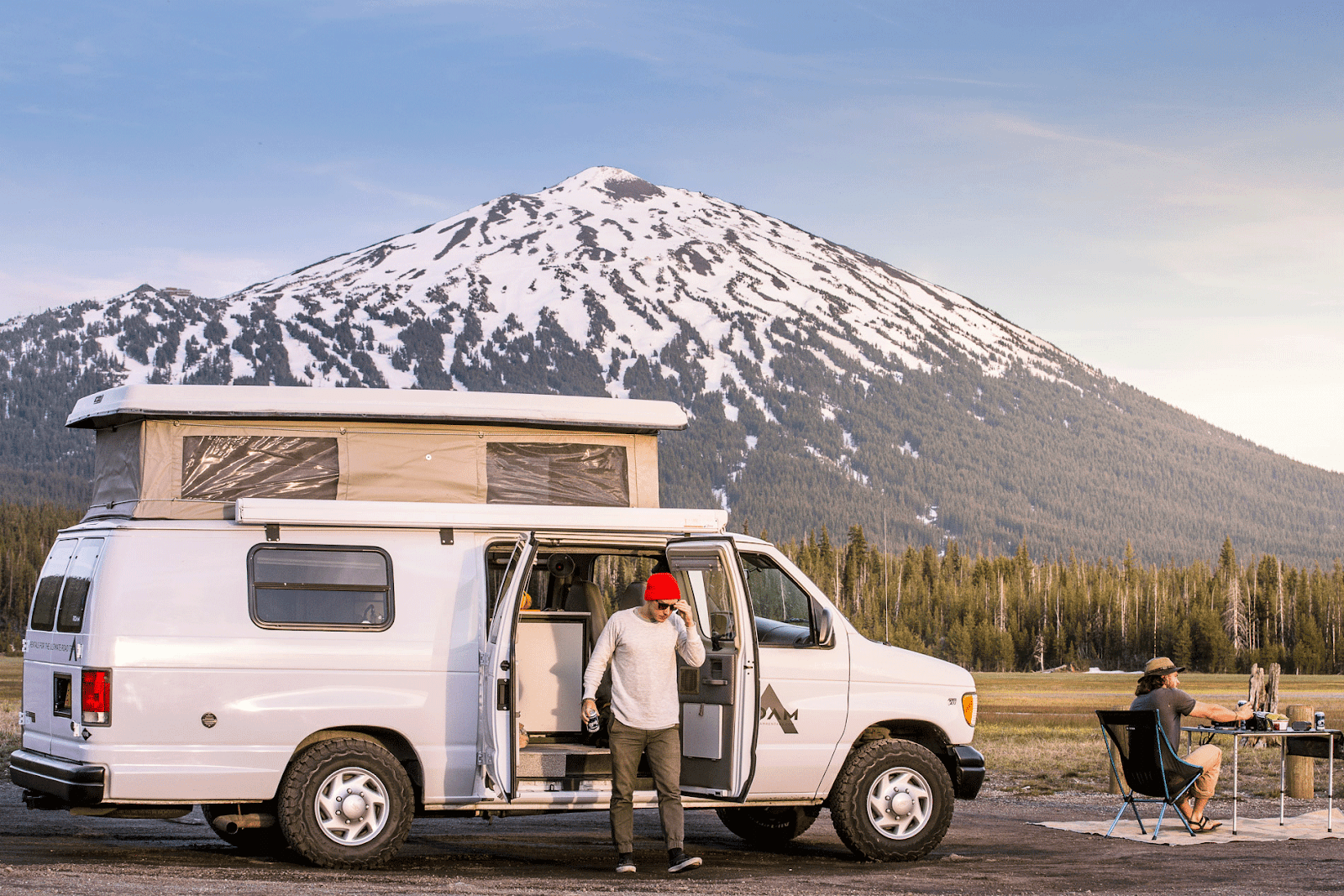